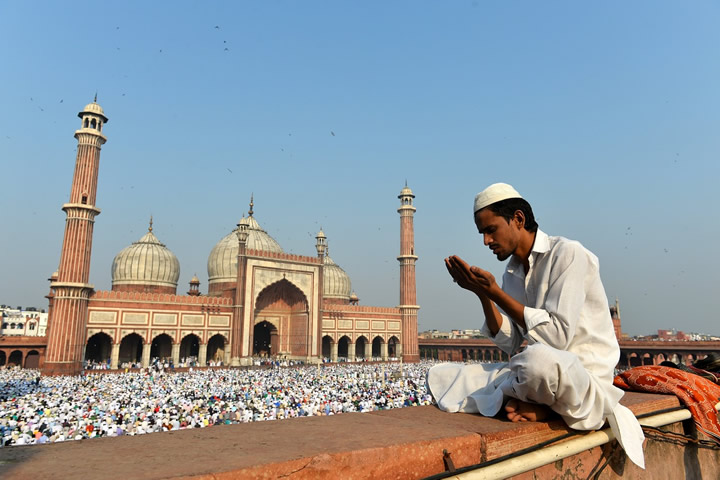 “Islam is supreme and nothing surpasses it” (Daraqutni).

For a hundred Hijri years, since the Khilafah (Caliphate) was destroyed, replaced by states implementing man-made law, the supreme ideology, Islam, is not being implemented anywhere in the world. Islam was revealed as a system of governance for the whole world, in all its eras. Islam placed the responsibility of leading all of humanity upon the Muslims, so justice is established globally until the Last Day. It is not allowed for us to abandon this responsibility, granted from Allah (swt). It is not allowed for us to submit to the corrupt Western ideology, which has destroyed every sphere of life worldwide whether economy, politics, family life, morals or community. So are we not to assume our responsibility, leading humankind from the darkness of kufr to the light of Islam?

After the destruction of the Khilafah, instead of working to restore it, ‘ulemaa, engineers, doctors and youth have resigned themselves to their madrassas, offices, clinics and libraries. It is this resignation that facilitated the French, British, American and Russian colonialists in roaming freely in the Muslim World. Muslims have neglected their responsibility to enjoin the good and forbid the evil, seizing the hand of any oppressor, confining him upon the Truth. The agents of colonialists have seized the authority of the Ummah, an authority which the Muslims are given by Allah (swt) to appoint their ruler, upon the inviolable basis of implementing Islam. After the destruction of the Khilafah, the Law of Allah (swt) became suspended, whilst the lands, wealth, honor and lives of the Muslims were violated. Our First Qibla was handed over to the lowly Jewish entity. We have been living without a Bay’ah to a Khaleefah for 100 Islamic Hijrah years, when the Messenger of Allah (saw) declared that the death in the absence of Bay’ah is like death in the era of Jahiliyah (Ignorance). O Muslims! Our current miserable situation is in front of everyone, from Palestine, Syria and Yemen to Occupied Kashmir, Burma and Sri Lanka. Without Islam there is no dignity, prosperity or security for us. Without the Khilafah, we are defeated and humiliated, even though honor, power and glory is for Islam alone.

O Muslims of Pakistan! Establishment of the Khilafah is the crown of all obligations and the ‘ulema have consensus upon us being ruled by Islam alone. Rulers who put aside the revelation of Allah (swt), ruling on the basis of man-made laws, lie to us and deceive us, so any effort in their favor is both a waste of energy and the incurring of sin. Today, their failure is complete to any with sight and insight, whilst we are the natural rulers of all of Eurasia, on the way to global dominance. Our enemies are fearful of us even without our state, whilst our unity and ruling by Islam under the Khilafah, is death for the plans and ambitions of our enemies. Establishment of Khilafah at our hands will unleash our full force against our enemies, such that they will forget the whispers of Satan, even when they merely hear of its establishment. Even if anyone of us gained the wealth of this world, we will still be laid to rest with our deeds alone, so let us all come forwards to perform that deed which bring success in this world and the Hereafter, the work for the establishment of the Khilafah (Caliphate) on the Method of Prophethood. Allah (swt) said,

“Allah has written: “Surely I will prevail; I and My Messengers. Verily Allah is Most Strong, Most Mighty.” [Surah al-Mujadilah 58:21].