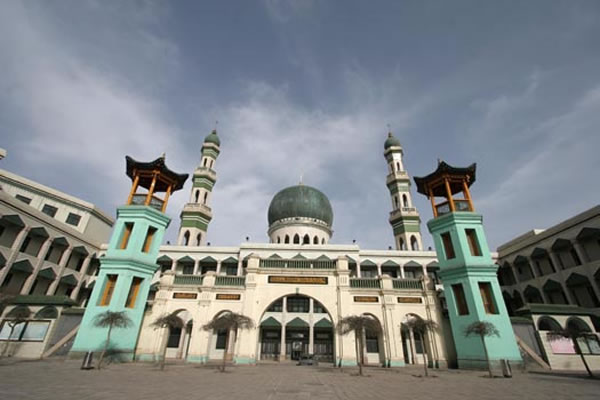 A powerful earthquake rocked northern Japan early on Tuesday, briefly disrupting cooling functions at a nuclear plant and generating a small tsunami that hit the same Fukushima region devastated by a 2011 quake, tsunami and nuclear disaster.

The magnitude 7.4 earthquake, which was felt in Tokyo, sent thousands of residents fleeing for higher ground as dawn broke along the northeastern coast.

On a regular basis, Japan is home to devastating earthquakes and tsunamis. In 2011 an earthquake with the magnitude of 9 on the Richter scale was recorded. According to Italy’s National Institute of Geophysics and Volcanology, the earthquake shifted the Earth’s axis by 25 centimetres. Also due to the enormous force of the quake, parts of northeast Japan moved as much as 2.4 meters closer to North America.

Without doubt these disasters have a huge impact on the people’s lives in Japan. Every time such an event takes place it strikes its people with fear but also it reminds them how weak they are, even though they are technologically one of the most advanced nations on earth.

Without doubt we believe that these kinds of disasters are from Allah سبحانه وتعالى because there is neither might nor power except with Allah سبحانه وتعالى. These are meant to destroy a nation that transgresses or meant as a wake up calls from the Creator and Sustainer to force its people to think and return to Allah سبحانه وتعالى. In this context I would like to share a short anecdote which took place between the Islamic Ottoman Caliphate and Japan.

Although on some occasions, the Japanese people encountered Muslims and the Islamic faith it wasn’t until the 19th century that an official relationship was established between the Islamic Khilafah and Japan.

In 1877 Islam was introduced to Japan as part of “western” religious thoughts, in a cultural bilateral exchange. The life of the Prophet Muhammad ﷺ then was translated into the Japanese language. But it remained for informational purpose only.

However, not much later the Japanese Emperor Meiji sends his ambassadors and special convoys to Istanbul to meet with Sultan Abdulhamid Khan to handover some gifts and a ‘special letter’ in 1889. In this special letter the Japanese Emperor requests from Abdulhamid Khan to send him “information in Japanese or French language concerning the Islamic religion, Islamic history, “Islamic” science and technological developments, Islam’s viewpoint on foundations, charities, etc.”

The same year the Ottoman Khalifah Abdulhamid Khan II sends the military frigate named Ertuğrul with almost 600 of its Islamic scholars and experts. Alongside with gold-plated and Illuminated manuscript of the Quran and other Islamic books as gifts.

The dawah carriers established good relations with the Japanese people and conveyed Islam to them. Till the extent that even the high ranking Japanese officials in the palace were influenced by this message. Also the Emperor Meiji began to take a close interest in the religion of Islam.

However, by the Qada of Allah سبحانه وتعالى the military frigate Ertuğrul was hit by a severe typhoon in Japan when it was on its way back home. All the scholars, dawah carriers and experts died on sea.

Upon hearing this, a young Japanese man named Torajiro Yamada campaigned all over Japan in order to collect money for the families who perished in this tragic event. In 1892 he personally handed over a huge amount of money to Abdul Hamid Khan to distribute it to the victim’s families.

Today according to some statistics, Japan counts more than 100 thousand Muslim Japanese converts. All this is due to an achievement which was done more than one century ago, and which the majority of this time was in the absence of a strong and influential Islamic State.

As AbdurRashid Ibraheem puts it so correctly, who played an important role in conveying the message of Islam in Japan once wrote a poem with regard to the high quality and sincerity of the Japanese people:

“It’s only the Tawheed which is missing to call them Muslims” “I think Islam will surely shine there, all it needs is the Ottoman (The Khilafah) involvement and effort”

May Allah سبحانه وتعالى grant us Khilafah a Rashidah ala minhaj al Nubuwwa again, so we are able to guide with the Help of Allah swt, these Japanese people who are known for their astonishing sense of discipline, respect and honour to Islam. So they are honoured by Islam and in return attribute their good qualities for Islam.