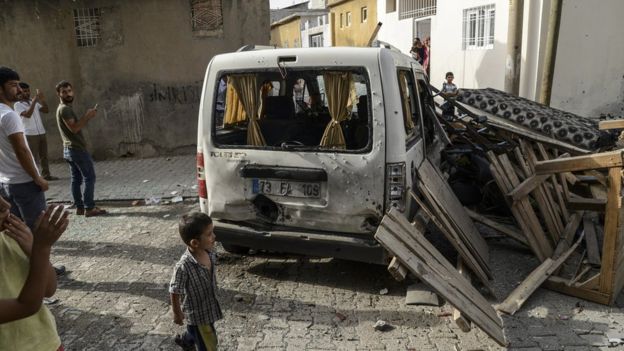 After winning the general election earlier this week, Erdogan said, “The national will manifested itself on November 1, 2015, in favour of stability.” Additionally, the President of Turkey criticized the role of the media and demanded that world should respect the new majority of his AKP. He said, “Now a party with some 50% [of the vote] in Turkey has attained power… This should be respected by the whole world, but I have not seen such maturity.” So will the election bring stability and respect for Turkey?

It is unlikely that Erdogan and his party will lead Turkey to a new era of stability. On the contrary, greater uncertainty awaits the Turkish people, and this is due to a myriad of internal and regional factors converging to cause problems for AKP’s newfound majority.

On the domestic front, Erdogan engendered a climate of fear to stamp out dissent and declared war on Kurdish militants. The various bombings, especially the Ankara bomb blast that left over a hundred dead added to the atmosphere of repression—some even accused the government for orchestrating the blasts. The combined affect split the Kurdish vote, and enabled AKP to boost its flagging majority in the snap elections. Nevertheless, the real casualty is a divided country reeling from the heavy-handed tactics employed by AKP against its people in particular the Kurds. Yesterday, the Kurdish PKK militants ended their unilateral ceasefire.

Unsurprisingly then, the election result was widely criticized by Turks and foreigners alike. The Organization for Security and Co-Operation in Europe (OSCE) said in a statement that Turkey’s election was marred by media crackdowns, violence and other security concerns. Andreas Gross, a Swiss national heading Parliamentary Assembly of the Council of Europe (PACE) said, “Unfortunately, the campaign for these elections was characterized by unfairness and, to a serious degree fear.”

On the regional front, the situation looks equally bad for AKP, if not worse. The Syrian crisis has developed into a major catastrophe that threatens to engulf the whole region. Rather than take permanent steps to curb the exodus of Syrian refugees undertaking perilous journeys to Europe, Erdogan exploited the migration of Syrians to press Europe for concessions. Merkel duly obliged, and agreed to provide aid and accelerate Turkey’s accession talks. Erdogan also manipulated the Syrian issue to interfere militarily in Syria—not as some Syrians expected to protect them from the brutal barrel bombs of Assad or the ruthless practices of ISIS—but to prevent the creation of an independent Kurdish state.  These myopic policies of Erdogan invited Russia to intervene militarily in Syria thereby increasing the probability of destabilizing Turkey.

Hence, a stronger AKP majority will not assist Turkey in overcoming such insurmountable obstacles. This is because the nation-state model that Turkish politics and identity is founded upon is deeply flawed, ripe for disintegration, and can no longer cope with the complexities of the region. What is required is for the Turkish people to return to the tried and tested model of the Khilafah state. Unlike the nation-state that divides brother from brother through asabiyyah and false borders, the Khilafah recognizes no borders between brothers, and treats the liberation of Muslims from despots as an obligation. Subsequently, Kurds, Iraqis, Syrians and others have nothing to fear from the true Khilafah state upon the method of the Prophethood, and should readily embrace it as their state.

“And hold firmly to the rope of Allah all together and do not become divided. And remember the favor of Allah upon you – when you were enemies and He brought your hearts together and you became, by His favor, brothers.”

But first, the Turks must work to re-establish it, so that it again becomes a beacon of light and guidance for the while of humankind.

“Oh you who have Iman, respond to Allah and His Messenger, when he calls you to that which gives you life. And know that Allah comes in between a man and his heart, and that to Him you will be gathered.”