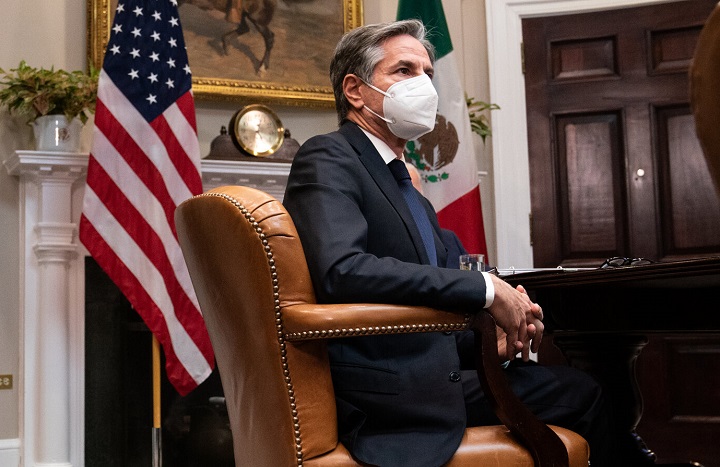 On Tuesday, August 3, US Secretary of State Anthony Blinken, over a phone conversation with Afghan President Ashraf Ghani, reiterated the United States’ strong and enduring commitment to Afghanistan. The statement of the US State Department declared that both sides in addition to condemning the Taliban attacks (as a result of which the people’s life and human rights have been gravely dishonored), emphasized on the need of accelerating the Afghan peace talks and a political understanding. They also underscored the importance of political solution, respect for the rights of all Afghans, including women and minorities, the people’s right to be able to elect their leader, and the commitment that the Afghan soil would not be used against the US and its allies and partners.

Comment:
Since the beginning of the occupation, the US governments and their allies have never ever been honest with their people and/or the people of Afghanistan, even for a moment. Because in the early days of the occupation, they loudly spoke of nation-building, state-building, democracy, reconstruction, women’s rights, and human rights, while Trump and Biden explicitly stated that the US goals in Afghanistan were totally contrary to what they used to chant previously. “We are not nation-building again, we are killing terrorists,” Trump stated. He also added that “…staying in Afghanistan is a complete waste.” As for now, Biden gives the same rhetoric that “We did not go to Afghanistan to nation build.”

Following the fierce resistances of Afghan Mujahedeen, the US started to chant the anthem of peace during the time of occupation which has been accompanied by bloody war and huge financial and human losses. After the Doha Agreement, they have been conversing of their troops withdrawal – as for now this process is about to be completed. While their air forces carry airstrikes over the Taliban on a daily basis as a result of which civilians, children and women make the large number of victims, causing thousands of innocent Afghans to flee their homes.

Everyone has to realize that the US has lied to both the US citizens and the people of Afghanistan and the world concerning its occupation of Afghanistan. You also have to realize that the peace process is a mere lie because this doesn’t seem to be a peace process, but a process of safe withdrawal of US and NATO forces from Afghanistan. Now, on the one hand, it declares the advancement on step-by-step withdrawal process; while on the other hand, it carries airstrikes on a daily basis to maintain the balance in the battlefields in favor of its puppet government. The US also keeps funding and equipping the Afghan forces as the US Secretary of State, in the phone conversation with Ashraf Ghani, underscored the ‘strong and sustainable commitment of the US to Afghanistan’, putting the Afghans in the quagmire of a full-blown war, at a great cost – in order to take revenge of their shameful losses and defeats by not allowing the victorious group to turn into an inspiring role-model for other groups among the Ummah to be able to fight against the colonialists.

This potentially prevailing evil (US), on the one hand intends to spread the terror among Afghans, while on the other hand, makes the embassies, UNAMA, SIGAR and the Afghan Human Rights Commission to publish reports on Afghanistan to represent it as a land of terror – presenting the country to be unsuitable for translators and those who worked with the Westerners by expanding its plans to relocate them to the US and Europe. Meanwhile, the US, with the cooperation of its agents inside regime such as Pakistan, Turkey, Iran, India, Qatar, UAE and Saudi Arabia, has severely afflicted the Afghans with a full-scale war, unemployment, poverty and displacement.

The US Special Inspector General for Afghanistan Reconstruction (SIGAR) has described in a new report that the Afghan government is struggling with an ‘existential crisis’. Isn’t it the US itself that has intensified the war to preserve the Republic and the gains ​​of the past twenty years by signing the Doha Agreement with the Taliban for the safe withdrawal of its forces and, later on, providing wide-ranging support to the government to prevent its downfall in order to maintain the balance on the battlefronts by carrying bombardments?!

Therefore, the entire sincere elements within the Taliban and the government who at least have a shred of faith in their hearts must realize the American hypocrisy, and instead of fighting the Afghans, killing the civilians and destroying public facilities, must join hands against the occupation and their cruel aides by waging Jihad until the last soldier of the occupation is kicked out along with its puppets. This will only happen if you focus on vital issues of the Muslims, which has been absent from the international scene for a century, and that is to establish the Khilafah (Caliphate) together with the Muslims of the region and Hizb ut Tahrir. Do not allow the US and its allies to impose a secular system in the cover of Islam, making it to be believed as that of the Islamic scheme over Mujahed people of Afghanistan because this system can neither solve the problem of the Muslim people of Afghanistan nor is it accepted before Allah (swt).