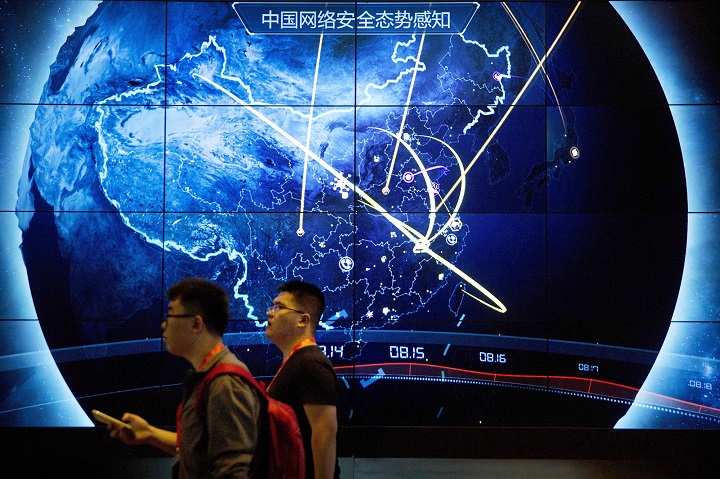 Two articles this week from the Independent each throw light in different ways upon where the US is heading scientifically. On the 11th of October, a headline read: “Pentagon official quits claiming US cybersecurity is ‘kindergarten’ compared to China,” and on the 13th of October another headline read: “Pro-Trump candidate suggests taking all boats out of the water to lower sea levels.”

Comment:
The first article was about the resignation of Nicolas Chaillan who had served for three years as the first head of cybersecurity at the US Air Force. He is reported as saying that fighting China in cyberwar is “impossible” and that “we have no competing fighting chance against China in fifteen to twenty years.” His outlook for the US is bleak: “it’s already a done deal; it is already over in my opinion,” and his is not the only bleak view.

In 2016, an article from the Hong Kong University of Science and Technology asked: “China as the World’s Technology Leader in the 21st Century: Dream or Reality?” Since then, people have stopped using the word ‘dream’ in relation to China’s technology ambitions.

In 2019, the Carnegie Endowment for International Peace published a coordination brief for US-Japan collaboration titled: “Competing With China on Technology and Innovation,” which named developments in “artificial intelligence (AI), big data, fifth-generation telecommunications networking (5G), nanotechnology and biotechnology, robotics, the Internet of Things (IoT), and quantum computing” as components technologies of a fourth industrial revolution, and warned that “breakthroughs in these fields can potentially shift the future balance of economic and military power.”

Also in 2019, the “Digital Economy Report (DER)” for the United Nations Conference on Trade and Development highlighted that the leadership of the global digital economy is shared by the US and China, and that they leave the rest of the world far behind: “These two countries account for 75 per cent of all patents related to blockchain technologies, 50 per cent of global spending on IoT (Internet of Things), and more than 75 per cent of the world market for public cloud computing. And, perhaps most strikingly, they account for 90 per cent of the market capitalization value of the world’s 70 largest digital platforms. Europe’s share is 4 per cent.” As this race is between the US and China, it should be asked: which of them is ahead?

In April 2020, a Brookings report titled, “global China assessing China’s growing role in the world” noted China’s rapid technological advances and warned that in the context of US-China tensions, “China has eclipsed, or is on the verge of eclipsing, the US” in a number of technologies, and an article in the Harvard Business Review in February of this year asked the question: “Is China emerging as the global leader in AI?” and described China’s progress in recent years as “stunning.”

In the light of such a critical strategic imperative, the resignation of, and criticism from, the first head of cybersecurity at the US Air Force is also stunning. His criticisms are political in nature, targeted at the level of financial commitment and administrative competence of the US political establishment in the face of China’s overtaking the US in cybersecurity, which is a part of the fourth industrial revolution. It raises some important questions, one of which is: does the US understand the importance of science to its strategic position in relation to China?

Many US politicians, especially from one wing of the Republican party reflect a growing anti-scientific reaction from disgruntled American voters who led the world recently in the generation and dissemination of nonsensical conspiracy theories about Covid-19 that helped to kill nearly a million Americans (740,000) and it doesn’t stop there. Nowhere do more people believe that the earth is flat than in the US, and ideological resistance to climate change and its dangers is also a populist rallying cry in the US; as evidenced from the second news article quoted from the Independent this week, where a Republican state legislative candidate in Virginia suggested on Twitter that rising sea levels could be easily stopped just by taking all the boats out of the sea. “I’m curious, do you think the sea level would lower, if we just took all the boats out of the water? Just a thought, not a statement,” said Republican candidate Scott Pio. He is reported to have “worked as an organiser in former President Donald Trump’s International Rapid Response Team, a force tasked with mobilising support for the Republican leader when he golfs in Virginia”. No one should be surprised if Trump’s populist message brings him back to the White House in three years’ time.