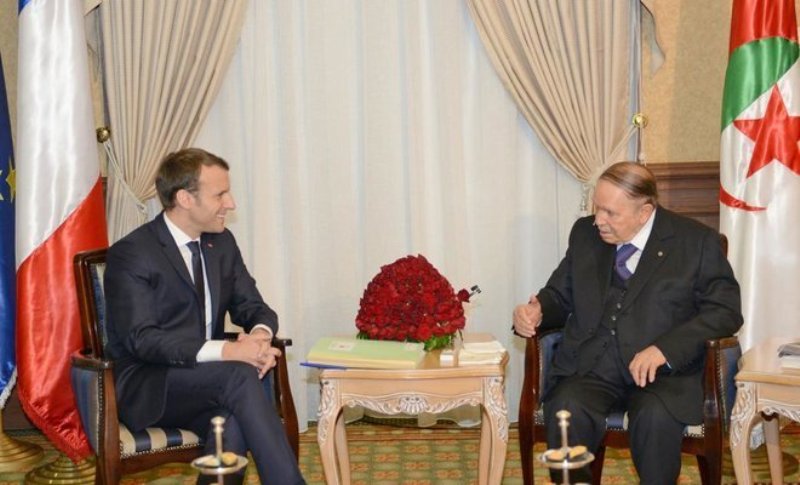 In the first line of Abdulaziz Bouteflika’s letter to the nation on Monday night, the Algerian president said the country was living through a sensitive stage of its history. On this, at least he and his compatriots are agreed.

The 82-year-old politician, who has had a series of strokes that have left him in poor health, has been in power since 1999. The announcement that he would not be seeking a further five-year term caused widespread celebration. This was the principal demand of the hundreds of thousands – possibly millions – who marched peacefully through cities and towns across Algeria on Friday in protests on a scale not seen for decades.

But joy gave way to doubt as the president’s statement was scrutinised more carefully. It might have been full of fine words about the need for reform, a new generation and the voices of women and young people, but did it really guarantee greater freedoms? Or had Bouteflika, a master of political feint, pulled off a deft manoeuvre to allow himself more time to reinforce the repressive, corrupt and opaque system before he finally goes?

And though Bouteflika cancelled elections scheduled for 18 April, he gave no indication of whether he would step down when his mandate expires next month. This was described as “the last ruse of Bouteflika” by the influential daily newspaper El Watan.

Many analysts have pointed out that Bouteflika does not have a constitutional right to stay on, as he apparently intends to do, past the end of his mandate…

If a victory has undoubtedly been won, the crisis is far from over and the threat of real instability remains, commentators say…

Several hundred students protested on Tuesday, while many more are likely to take to the streets on Friday. The size of those crowds will be watched closely by observers trying to divine the future of a vast and strategically important African and Mediterranean state.

Comment:
It is indeed glorious to see Muslims rising up against their governments, taking responsibility for their situation and striving for something better. It is particularly gratifying to see such movements in the Arab world, which have generally been ruled by severe and brutal dictatorships; such was the spectacle of the Arab spring movements at the beginning of this decade, which succeeded in shaking all of the governments in the region. If what we are witnessing now in Algeria reminds one of that, then all the more reason to examine why such movements despite their apparent success have thus far failed to bring real change.

Like the rest of the Muslim world, Algeria continues to be ruled by Western political systems, ruling with Western legislation, and controlled by a pro-Western ruling class, known in Algeria as ‘le pouvoir’, i.e. ‘the power’; in other words, Algeria continues to be beholden to the West many decades after liberation from the French occupation. In truth, independence was actually achieved in Algeria, as elsewhere, by channelling the sincere Islamic thoughts and feelings of the Ummah into nationalist movements with secular Westernised leaderships. In this manner, the West was able to achieve a continuation of colonialism by other means, modifying it from overt to a more covert control. Algeria’s first post-independence president, for example, was Ahmed Ben Bella, who had previously served in the French army and was honoured by Charles de Gaulle with the ‘Medaille militaire’ for his participation in World War II.

The present predicament for Algeria’s le pouvoir is that they have not been able to agree on an alternative to their current President Abdelaziz Bouteflika, despite the fact that his 2013 stroke has left him paralysed and nearly mute. According the New York Times, “Mr. Bouteflika, 82, has not spoken publicly in seven years and appears only rarely in images, seemingly immobile with his eyes fixed in front of him.” The mass protests have put the regime under great pressure but it is obvious that the latest regime manoeuvring is just a regime attempt to buy it some more time.

In actual fact, democratic systems, even in the West, are a cover for rule by a small, vested clique who control the levers of power for their own benefit. The added complication in Muslim countries is that our elites are themselves also intellectual and political agents to elites in the West; behind le pouvoir stand their Western masters. Real change will only happen in Algeria, and the Muslim world in general, when we dismantle the institutional legacy of colonialism and replace it with Islam. By fully empowering the Khalifah as head of state and government, Islam ensures that he owes allegiance to no one other than the Ummah and its Deen; none has power to remove him except if he transgresses the limits of the sharia. This is in stark contrast to Western systems, whose so-called ‘checks and balances’, are in fact not for the benefit of the people but to provide alternate mechanisms for ongoing elite control.

The noble Muslims of Algeria must reflect on their achievement this week and recognise their own strength; this strength must now be robustly deployed to bring change to the entire system without stopping at a mere change of face, from Bouteflika to another Western proxy. The full and complete solution to their situation is the re-establishment of the Islamic Khilafah (Caliphate) State on the method of the Prophet ﷺ that will take back control of the affairs of Muslims from the foreign disbeliever, reunify Muslim lands, implement the Islamic sharia, and carry the call for Islam to the entire world.

“And whoever relies upon Allah – then He is sufficient for him. Indeed, Allah will accomplish His purpose. Allah has already set for everything a [decreed] extent.”