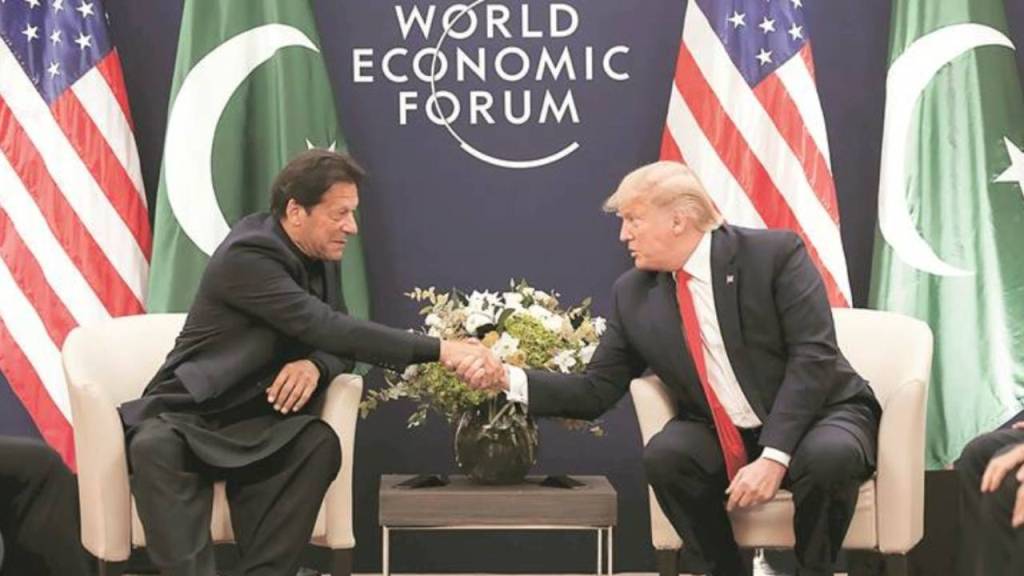 Pakistan’s political landscape is abuzz with rumours about the future of Prime Minister Imran Khan. The euphoria that gripped Pakistan two years ago is now a distant memory as cricketer turned prime minster, Imran Khan, faces a tsunami of problems. After grand promises of Naya (new) Pakistan, the establishment of the Medina model and a welfare state, the PTI project is now on life support as once die hard supporters have had enough of grand promises, fiery speeches and the constant shifting of blame on others. The Prime Minister is under criticism due to his government’s failure to make progress on the economic and political fronts as well as decisively confront the COVID-19 pandemic. Media stories are abound on the failure of Imran Khan with one headline reading: “Pakistan Army’s Imran Khan Project Is Going Belly Up.” A former Pakistani diplomat and journalist went as far as to say the total failure of Imran Khan government’s anti-COVID-19 policies has justified the Generals to be back in the front seat in control in Pakistan.

Imran Khan’s biggest failure has been on the economic front, despite promising rivers of honey and milk for the masses. In just two years the PTI government has reduced the country’s GDP growth rate from over 5% to below 2.4%. Inflation is now in double digit territory and continues to climb as the PTI government blames everyone but itself. As a candidate, Imran Khan had promised to fix Pakistan’s sinking economy without taking any foreign loans. However, his government broke all previous records by borrowing $16 billion in just one year – the highest ever external borrowing in any fiscal year since Pakistan’s creation in 1947. Imran Khan walked back on so many of his campaign promises these reversals gained him the embarrassing nickname of “U-turn Khan.”

For decades, Imran Khan built his reputation as an anti-graft campaigner who used to accuse his opponents of looting the country’s wealth and sending the money abroad. After winning power, Imran Khan was expected to launch a relentless crusade against financial corruption by bringing the so-called looted money back into the national exchequer. But his anti-corruption crusade mostly remained focused at jailing opposition politicians, belonging to the Pakistan Muslim League of former premier Nawaz Sharif and has not seen a transfer of money into the exchequer. But Imran Khan’s clean image took a serious blow when the finding of an investigative report, leaked to the media about the involvement of Imran Khan’s cabinet members in creating an artificial sugar and flour shortage crisis in 2019 and selling the commodities at high prices in the local market in order to earn themselves huge sums of money. They even received governmental subsidies on exports!

With the tsunami of mounting problems Imran Khan’s PTI cabinet have begun to break ranks. In an explosive interview by Federal Minister for Science and Technology, Fawad Chaudhry to the Voice of America (VOA), he outlined the internal differences within the PTI and accused senior leaders of conspiring to remove each other; and that senior leader Jahangir Tareen hatched plans to get federal minister Asad Umar removed from the cabinet while the latter was behind the removal of Tareen from the key position of general secretary of the party. Underlining the people’s high “expectation from PTI and Imran Khan”, Fawad said the national government had failed miserably to make the system more professional and autonomous through systematic reforms. He argued that “the public had not elected us or the prime minister to fix nuts and bolts but to reform the system”. Fawad was echoing the disappointment felt by most Pakistanis, who, having voted Imran Khan’s party into power, have been holding their breath, in desperate anticipation that the transformative moment in their nation’s destiny would come soon. According to a recent survey by Gallup: “The percentage of Pakistanis who believe that the current PTI government’s performance up to this point in its tenure is worse than that of the previous government has increased from 35% in December 2018 to 59% in February 2020.” Imran Khan struggling to bring a semblance of unity among his own government!

The PTI government’s response to the coronavirus pandemic is now the latest failure. The rapid increase in COVID-19 cases and the rising number of deaths is attributed to Imran Khan’s indecisiveness about imposing a lockdown in the country. While much of the rest of the world strictly implemented lockdowns to reduce the spread of the coronavirus, Pakistan’s government flip-flopped from no lockdown to a lockdown to a smart lockdown. The lack of leadership in the unprecedented situation further worsened the situation. As a result, Imran Khan has now been sidelined by the military after failing to act decisively on the coronavirus crisis. On March 22, the prime minister told the nation that his government would not institute a sweeping lockdown. But less than 24 hours later, military spokesman Major General Babar Iftikhar announced that the army would oversee a shutdown to halt the spread of infections. Since then, the military has deployed troops across Pakistan and has been orchestrating the coronavirus response through the National Core Committee. The PTI government has been completely side-lined.

The PTI project was orchestrated by the military top brass as the public were disappointed with the Musharraf, PPP and PML-N eras and were losing faith in the system. The youth of the country were particularly rejecting the system and turning to radical ideas. It was in this context the military top brass orchestrated the demonstrations against Nawaz Sharif to build Imran Khans credibility and push the countries established politicians to join PTIs ranks and thus win Imran Khan the elections in 2018. Imran Khan still struggles with the accusation that he was ‘selected.’

Imran Khan like his predecessors will now face the humiliation of being side-lined which the military has already started. His failure was not just that he was a cricketer pretending to be a ruler, but the failure to understand that he was merely a lackey. A lackey for an entrenched and unelected elite group of people from the top of the military and Directorate for Inter-Services Intelligence (ISI) who expect the cadre of politicians, senior bureaucrats, and well-connected business families to work for them. These elites view Pakistan as their personal bank accounts that should serve them, rather than the people. No amount of reform was ever going to change this system – it has to be uprooted for real change to take place.

This is the lesson the people of Pakistan must now learn after hoping a cricketer turned ruler was going be different.