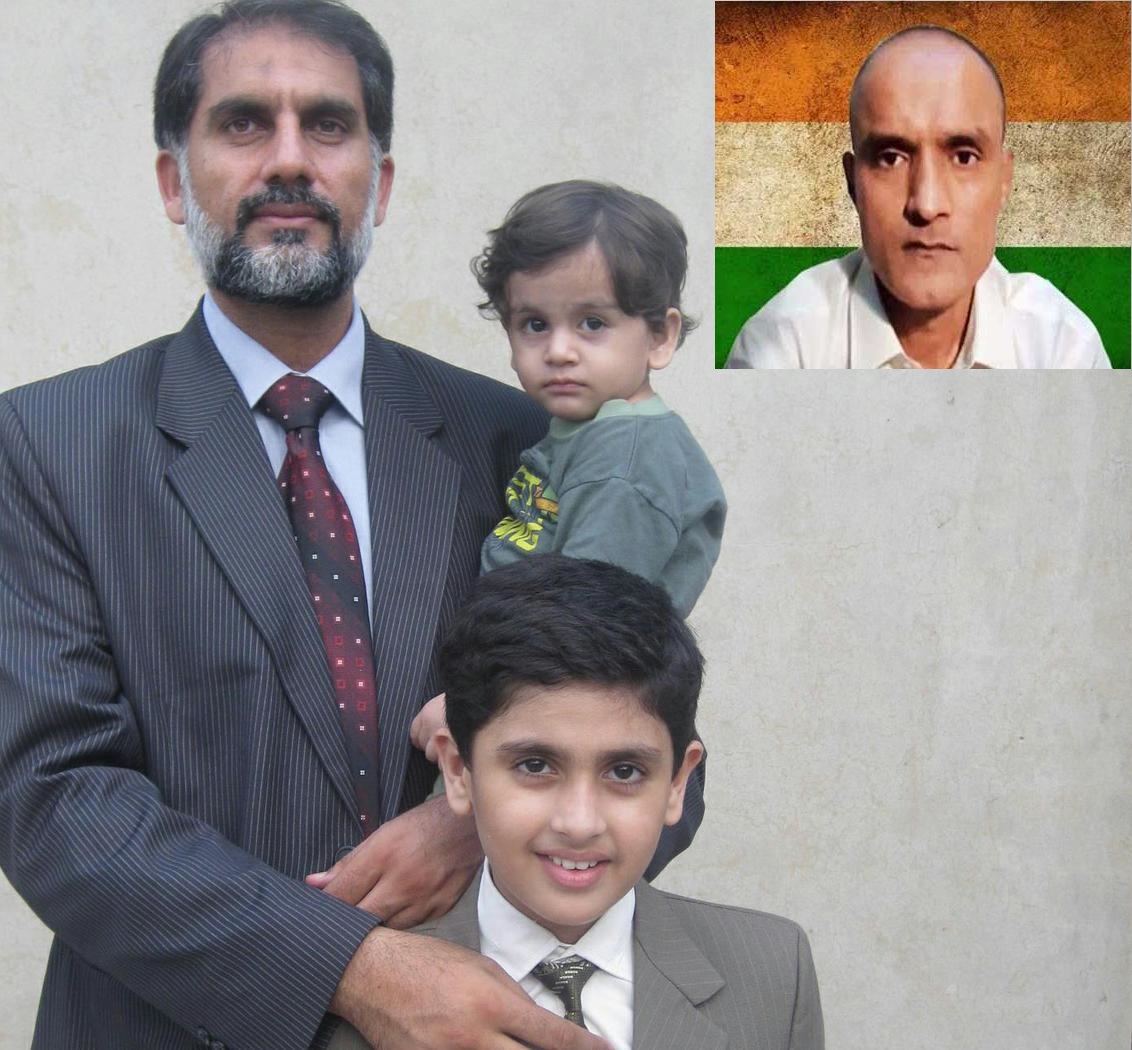 The Bajwa-Imran regime showers relief upon the Hindu State’s terrorist, Kulbhushan Jadhav, whilst depriving the advocate of Khilafah, Naveed Butt, of any mercy. The so-called crime of Naveed Butt was his intellectual and political struggle against the America Raj in Pakistan. He was abducted by secret agencies eight years ago, yet he has never been allowed to even convey his whereabouts to his family, let alone see his family. During this long abduction his young children have grown up without enjoying his love. In contrast, the local head of the Indian covert agencies, Kulbhushan Jadhav, who was caught red-handed conducting terrorist activities in Pakistan, was granted the opportunity to meet his wife and mother, after special visas were issued to them. Now the Bajwa-Imran regime has issued an ordinance to grant Kulbhushan Jadhav the right of filing an appeal against his conviction and has arranged consular access for him. It is as if he is not responsible for shedding Muslim blood but a VIP whose every wish and whim must be fulfilled.

Then on 16 July 2020, upon the request of the Indian government, Pakistan’s rulers granted the Indian spy, Kulbhushan Jadhav, consular access for a second time. However, a pious Muslim and advocate of Khilafah, Naveed Butt, has never been presented to any court of law, denied a lawyer, never allowed to meet his family and denied even a single phone call. Although the Missing Persons’ Commission declared that Naveed Butt is in the custody of the intelligence agencies and a production order was issued in February 2019, the regime has not implemented this order. Naveed Butt is the father of four children, holder of an engineering degree from the United States and the official spokesman of a global political party, Hizb ut Tahrir, in Pakistan. Pakistan’s rulers cite international conventions and laws as a pretext for extending every possible facility to Kulbhushan Jadhav, even though the same international rulings reject enforced disappearance. However, the facilitators of the American Raj are now facilitating Modi, reserving their harshness for Muslims alone. In the last four decades, more than one dozen Indian spies were convicted in Pakistan, some were given death sentences but none have been executed.

The reality is that the rulers of Pakistan hold Trump’s orders and Modi’s wishes above any law of the heavens or the earth. These rulers have crossed every limit to please their foreign lords. Their hearts are soft for the Kuffar but hard for Muslims, although Allah (swt) said, مُحَمَّدٌ رَّسُوۡلُ اللّٰهِ​ وَالَّذِيۡنَ مَعَهٗۤ اَشِدَّآءُ عَلَى الۡكُفَّارِ رُحَمَآءُ بَيۡنَهُمۡ “Muhammad is Allah’s Messenger, and those who are with him are firm with the unbelievers, but compassionate with one another” [A-Fath, 48:29]. They have crossed every limit, violating the limits set by Allah (swt), inviting the wrath of Allah (swt) upon them. Allah (swt) said,وَلَا تَحْسَبَنَّ اللَّهَ غَافِلًا عَمَّا يَعْمَلُ الظَّالِمُونَ إِنَّمَا يُؤَخِّرُهُمْ لِيَوْمٍ تَشْخَصُ فِيهِ الْأَبْصَارُ “Do not think Allah is heedless of the evil deeds in which the evil-doers are engaged. He is merely granting them respite until a Day when their eyes shall continue to stare in horror” [Surah Ibrahim, 14:42]. The Ummah is also watching their evil conduct and after the re-establishment of the Khilafah (Caliphate) on the Method of the Prophethood, they will be swiftly and harshly accounted.