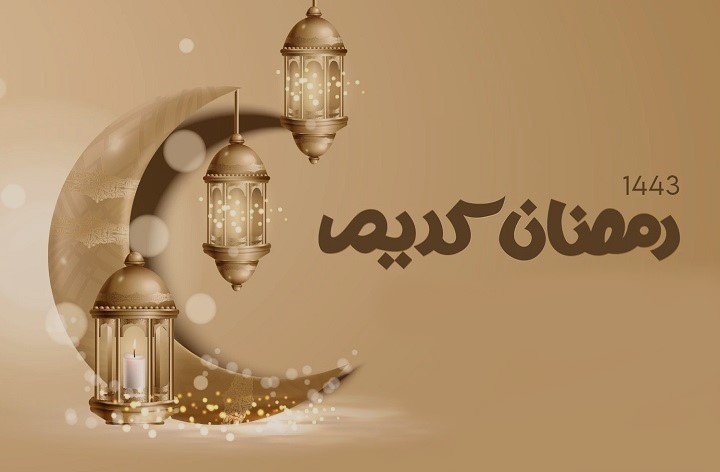 “The month of Ramadhan [is that] in which was revealed the Qur’an, a guidance for the people and clear proofs of guidance and criterion. So whoever sights [the new moon of] the month, let him fast it; and whoever is ill or on a journey – then an equal number of other days. Allah intends for you ease and does not intend for you hardship and [wants] for you to complete the period and to glorify Allah for that [to] which He has guided you; and perhaps you will be grateful” [Al-Baqara: 185]

On the occasion of the blessed month of Ramadan, the Media Office of Hizb ut Tahrir / Wilayah of Iraq extends its warmest congratulations and blessings to the Islamic Ummah in general, and to the sincere workers, the Dawah carriers, to resume Islamic way of life in particular, at the top of the list is the Ameer of Hizb ut Tahrir, the eminent scholar Ata Bin Khalil Abu Al-Rashtah, may Allah protect him and grant him victory. We ask the Lord to bring in this month to the Islamic Ummah the security, safety and Islam and to make it a month of goodness, blessing, victory and empowerment.

O Muslims: The month of Ramadan is upon us, and the situation of the Muslims as you can see is one of disintegration and division after the kuffar destroyed the state of Islam, in cooperation with the traitors of the sons of this Ummah. Since that year and over a century and a half, Muslims have not seen happiness in their lives, nor have they united on the day they fast nor the day they break their fast. They are ruled by puppet rulers whose only concern is the pleasure of their kaffir master, the occupier who tore their state and set boundaries for them, which they made as determiners of the day of fasting and the day of breaking the fast, mocking Allah’s judgment, and helped by the scholars of sedition and authority.

O Muslims: Allah (swt) has made obligatory upon you the fasting of Ramadan, and made it recommended upon you to pray its nights, and urged you to carry out worship. Undoubtedly, there is a great reward in that, and He (swt), just as He made fasting obligatory upon you, He (swt) has made it obligatory upon you to work to resume the Islamic way of life and bring the law of Allah in ruling, and it is a great obligation. In it the honour of Islam and Muslims, many interrupted rulings are fulfilled in it, such as jihad of conquest, establishing the Hudood, maintaining security, fulfilling the rights of the subjects, and other rulings that pertain to the individual and society.

So to this great obligation, we invite you, O Muslims, to taste the sweetness of fasting, prayer, zakat and jihad, rather the sweetness of Islam that Allah (swt) has chosen for us as a Deen, in truth to the verse:

“This day I have perfected for you your religion and completed My favors upon you and have approved for you Islam as religion” [Al-Ma’ida: 3].

Oh Allah, we ask you in these blessed days and in this blessed month to bestow upon us a Khilafah Rashidah (rightly-guided Caliphate) on the method of Prophethood and a righteous imam who unites the Ummah and unites the day it fasts and the day it breaks, you are all-hearing and answering.

May Allah accept from us and from you the worships and may Allah bless your sacred month.