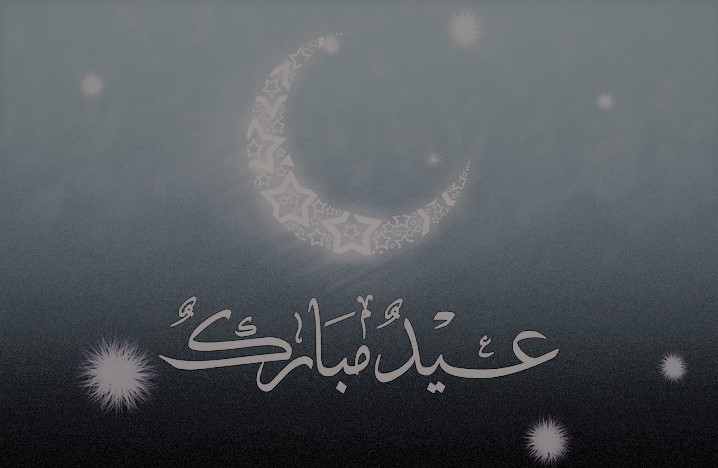 O Muslims: The blessed Eid Al-Fitr arrived and your blood is shed in many Muslim countries, nations have gathered to attack you, just as those who invite others to eat their dish, while you are a billion and a half billion people. But you are dispersed and lost in entities imposed on you by the kuffar, who brought its agents that make you taste the worst torment. Now you watch what those on whom humiliation have been struck do to the Muslims of Palestine. They do not value the sanctities, nor child, elderly, or woman, so would this have happened if you had a state and an Imam like Omar, Salah ud-Din, Al-Mu’tasim, Muhammad al-Fatih, and many others, may Allah be pleased with them all?

Today, at a time when the whole world is watching the people of the Blessed Land (Palestine) the heroes, confront an army heavily armed with bare chests and deep belief, we address the Muslim armies to do their duty and remove the humiliation and disgrace that has covered them, because of the puppet rulers who betrayed Allah and His Messenger and betrayed their Ummah, and we say to them: This is your opportunity to prove that you are a part of this honourable Ummah, and that its affliction is your affliction and its pride is your glory, so you support the weak and ward off oppression from the oppressed. Imam Ahmad extracted from the Hadith of Abi Umamah bin Sahl bin Hunaif from his father, from the Prophet (saw) said: «مَنْ أُذِلَّ عِنْدَهُ مُؤْمِنٌ فَلَمْ يَنْصُرْهُ وَهُوَ قَادِرٌ عَلَى أَنْ يَنْصُرَهُ أَذَلَّهُ اللَّهُ عَزَّ وَجَلَّ عَلَى رُءُوسِ الْخَلَائِقِ يَوْمَ الْقِيَامَةِ»“He who has humiliated a believer and did not help him while he is able to, Allah (Azza Wa Jal) will humiliate him infront of the people on the day of Judgement”. Abu Dawud extracted from Jabir bin Abdullah and Abi Talha bin Sahl Al-Ansari, they said: the Prophet (saw) said: «مَا مِنَ امْرِئٍ يَخْذُلُ امْرَأً مُسْلِماً فِي مَوْضِعٍ تُنْتَهَكُ فِيهِ حُرْمَتُهُ وَيُنْتَقَصُ فِيهِ مِنْ عِرْضِهِ، إِلَّا خَذَلَهُ اللَّهُ فِي مَوْطِنٍ يُحِبُّ فِيهِ نُصْرَتَهُ، وَمَا مِنَ امْرِئٍ يَنْصُرُ مُسْلِماً فِي مَوْضِعٍ يُنْتَقَصُ فِيهِ مِنْ عِرْضِهِ وَيُنْتَهَكُ فِيهِ مِنْ حُرْمَتِهِ، إِلَّا نَصَرَهُ اللَّهُ فِي مَوْطِنٍ يُحِبُّ نُصْرَتَهُ».“No (Muslim) man will desert a man who is a Muslim in a place where his respect may be violated and his honour aspersed without Allah deserting him in a place here he wishes his help; and no (Muslim) man who will help a Muslim in a place where his honour may be aspersed and his respect violated without Allah helping him in a place where he wishes his help.

We ask Allah (swt) to accept from you and us, the fasting and qiyam and worships, and to bless us all with the Khilafah Rashidah (rightly guided Caliphate) on the method of Prophethood. Eid Mubarak