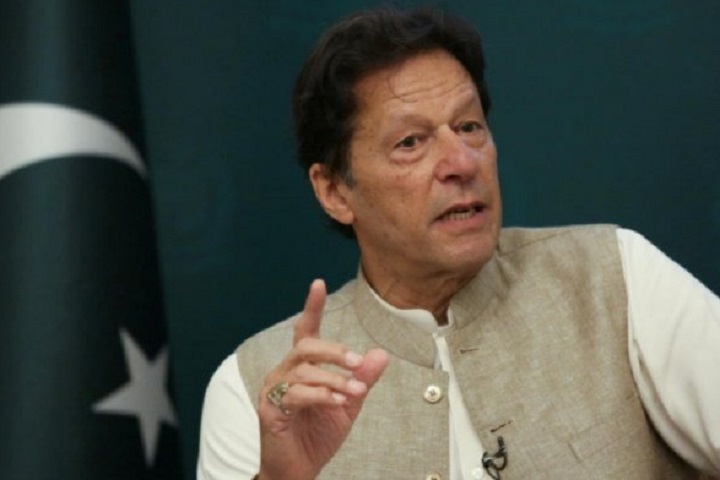 The Rise in Global Inflation

According to the IMF surging energy costs have boosted inflation, especially in Europe, after fossil-fuel prices nearly doubled in the past year. Rising food prices have also helped to boost inflation. Inflation is likely to remain elevated. Price gains this year will average 3.9 percent in advanced economies and 5.9 percent in emerging market and developing economies, before subsiding next year, according to our January World Economic Outlook update. Assuming inflation expectations remain well-anchored and the pandemic eventually eases its grip, higher inflation should fade as supply chain woes ease, central banks raise interest rates, and demand tilts more toward services again instead of goods-intensive consumption. Oil futures contracts indicate crude prices will rise about 12 percent this year as natural gas prices climb about 58 percent. Such increases for both commodities would be considerably less than their gains last year, and would likely be followed by falling prices in 2023 as supply-demand imbalances ease further. Similarly, food prices are likely to climb at a more moderate pace of about 4.5 percent this year and decline next year—after a rise of 23.1 percent last year, according to the United Nations Food and Agriculture Organization. This should ease spending pressures for millions of people around the world, especially in countries with lower incomes. Such burdens fall most heavily on residents of emerging and low-income nations, where food typically makes up a third to half of consumer spending. That share is smaller in advanced economies, such as the United States, where food accounts for less than one-seventh of household shopping bills. [Source: IMF]

Inflation was inevitable as the world bounced back from Covid-19 imposed lock downs. However, the pace of the recovery plus the disruption to supply chains has led some observers to speculate that inflations will continue to persist and economic growth will stagnate this year. This means that living standards across the world will drop as energy and food prices continue to roil international markets. It does not matter, how far the reinvention of Capitalism is promoted by the West, the underlying structural flaws will continue to remain. What the world needs for economic stability is the Islamic economic system which has intrinsic mechanisms to control inflations based on the gold standard of money.

Ukraine Tensions: Russia Invasion Could Begin Any Day, US Warns

Russia could invade Ukraine “at any time” and American citizens should leave immediately, the US has warned. An invasion could start with aerial bombing that would make departures difficult and endanger civilians, the White House said on Friday. Moscow has repeatedly denied any plans to invade Ukraine despite massing more than 100,000 troops near the border. The US statement prompted countries around the world to issue fresh warnings to nationals in Ukraine. Non-essential staff have been ordered to leave the US Embassy in Kyiv, the State Department announced in a release. Consular services will be suspended from Sunday, although the US “will maintain a small consular presence” in the western city of Lviv “to handle emergencies”. UK ambassador to Ukraine Melinda Simmons has tweeted that she and a core team are staying in Kyiv. Meanwhile, Russia said it has decided to “optimise” its diplomatic staff numbers in Ukraine. A foreign ministry spokeswoman cited fears of “provocations” by Kyiv or other parties. Attempts to de-escalate tensions through diplomacy are set to continue on Saturday, with both US President Joe Biden and France’s President Emmanuel Macron due to speak to Russia’s Vladimir Putin by phone. Moscow has accused Western countries of stirring up hysteria. “We obviously cannot predict the future, we don’t know exactly what is going to happen, but the risk is now high enough and the threat is now immediate enough that [leaving] is prudent,” he said. [Source: BBC]

From the outset of the Ukrainian crisis, America has sought to frame Russia as the aggressor, while playing down the belligerence of NATO. Even today, the US is goading Russia to invade Ukraine, so that it becomes the Afghanistan of Europe and traps Russia into another quagmire. The US has made very little effort to bolster defences in Ukraine giving Russia greenlight to invade.

Prime Minister Imran Khan has said that the United States has always used Pakistan for its purposes. “Whenever the US needed us, they established relations, and Pakistan became a frontline state, and then abandoned it and slapped sanctions on us” when its purposes were served, he regretted. The premier expressed these views during an interview with Dr Eric Li, the director of the advisory committee of the China Institute at Fudan University. On Pak-US relations, he said there was a time when Pakistan had friendly relations with the US; and when Pakistan was no longer needed, the US distanced itself from it. Later, he continued, friendly relations between the US and Pakistan were restored and Pakistan became a friend of the United States. “The US helped us at that time, but as soon as the Soviet Union left Afghanistan, the United States imposed sanctions on Pakistan.” He said that after nine years, when 9/11 happened, US-Pakistan relations got better again. When the US failed in Afghanistan, Pakistan was blamed for the defeat. The PM said Pakistan has not maintained relations with the US as it has with China. China is a friend of Pakistan which has stood the test of time, and Pakistan-China relations have been continuing for 70 years. Pakistan has been with China in every forum and China has supported Pakistan in every need. During the interview, he dismissed outright the Western countries’ suspicion of the China-Pakistan Economic Corridor (CPEC) and the Gwadar port and said that the projects were a great opportunity for the regional development. He remarked, “I do not understand why there is suspicion about CPEC and the Gwadar port. “It makes no sense because, as far as Pakistan is concerned, my number one priority is the country’s 220 million people.” He said that almost 25-30 per cent of the country population was living below the poverty line, and Pakistan had suffered greatly due to past corrupt governments and the ‘war on terror’. He again said that Pakistan should never have participated in the war. While the US lost 4,000 people in the 20 years since 9/11, Pakistan lost 80,000 people and a loss of over $100 billion to the economy. PM Imran reiterated that the government’s top priority was to look after the people and that the emphasis was on geo-economics and added, “We want to build our economy and lift our people out of poverty. Pakistan looked towards China as a role model in this regard. “We see CPEC and Gwadar as a great opportunity for geo-economics and the initiative is not exclusive to China and Pakistan and other countries are also welcome to invest in CPEC projects”. Commenting on Afghanistan, he said that the US did not study the history of the war-torn country: There is a saying that those who do not learn from history are condemned to repeat it. So anyone who understood the history of Afghanistan would never have done what the Americans did. [Source: News International]