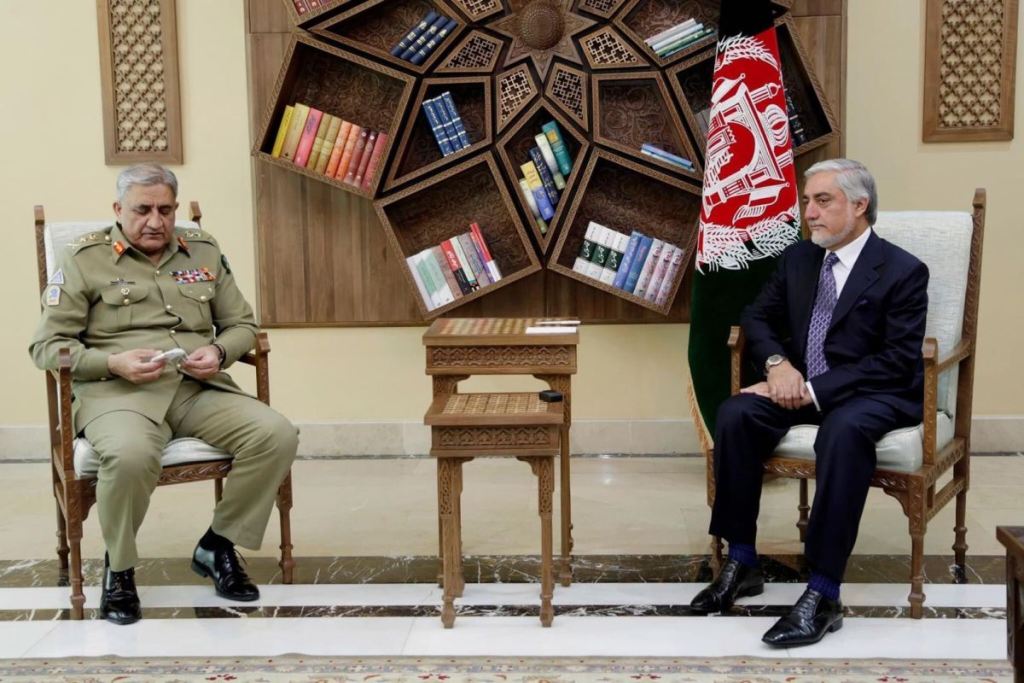 The visit of the Pakistan Army Chief to Afghanistan took place just two days after US special Afghan envoy, Zalmay Khalilzad, met with General Bajwa and the ISI chief in Islamabad on 7th June 2020. It is believed that the visit of General Bajwa to Afghanistan was an effort to resolve America’s problems in Afghanistan, by arranging intra-Afghan talks. Khalilzad reached Islamabad after meeting Afghan Taliban political chief, Mullah Abdul Ghani Baradar, in Doha on 4th June 2020. According to a Taliban spokesperson, “The meeting discussed the prompt release of prisoners, the beginning of inter-Afghan peace talks and the complete implementation of the agreement [between the Taliban and the US].”

It appears that the so-called peace process is not progressing at the pace which the US desperately needs. The prisoners swap was meant to be a confidence building measure before crucial inter-Afghan dialogue. An agreement was signed on 29th February, stipulating the prisoners swap was to be completed by 10th March 2020, which still has not happened. Similarly, it was decided in the agreement that on 10th March 2020, intra-Afghan dialogue would start. So the back-to-back visits of Zalmay and General Bajwa shows that America desperately wants the Afghan Taliban to take up intra-Afghan dialogue. In the year of Trump’s reelection bid, at a time the economy is collapsing, Trump can then trumpet about success in the Afghanistan arena to bolster his faltering chances of a second term as president.

It is a crime that whilst India is deeply entrenched in tensions with China over a part of Kashmir, instead of liberating Occupied Kashmir, the rulers of Pakistan strive to secure US interests in Afghanistan. The rulers of Pakistan have no regret in squandering a golden opportunity, which was seen before only in 1962.

There is no doubt left that the political and military leadership created by the kufr system in Pakistan will never move to liberate the pure Muslim Lands of Kashmir. Only the Khilafah (Caliphate) upon the method of the Prophethood will provide a political and military leadership which will obey only the commands of Allah (swt) alone. It will move to liberate Kashmir from Hindu occupation and eradicate the filthy American presence in Afghanistan.