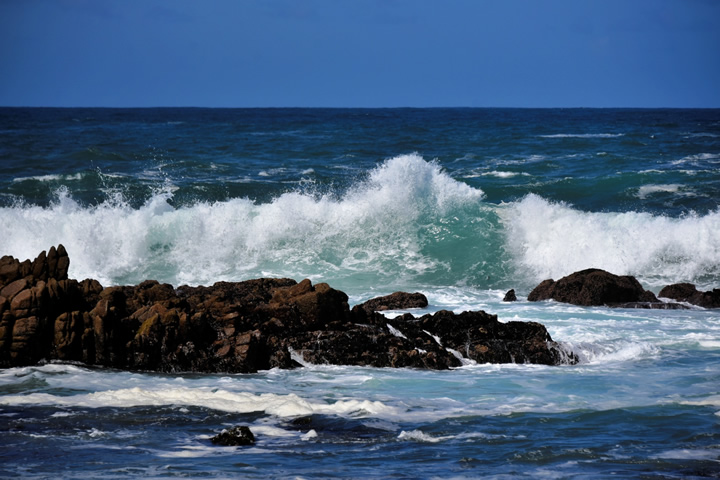 Why did Ashab al-Ukhdud die?! It was possible for them to lie to the king, hide their faith, and remain silent instead of telling the truth of Al Haqq, for the sake of “the interest of the call” and religion! Will religion benefit from their death?! And who spreads the truth after them?! Why didn’t they give up since they were in a period of vulnerability and lived to raise the generation of victory?!

– Why didn’t our master Ibrahim surrender to Nimrod bin Canaan, who possessed power, oppression, injustice, prisons and tools of torture?!

– Why didn’t Abdullah bin Hudhafa surrender to Kissra (Chosroes) who tempted him with the pleasures of the world and tormented him by seeing the prisoners flayed in boiling oil?!

– Why didn’t Ibn Taymiyyah retreat in the face of the ruler’s injustice and his imprisonment for a long period of his life until he died in prison?!

– And why didn’t Al-Ezz Bin Abd Al-Salam retreat from telling the truth in front of the Mamluks?!

– And why didn’t Imam Ahmad bin Hanbal retreat in the face of the temptation of the Qur’an’s creation?!

– Why did Allah (swt) utter the baby when his mother just thought to hold back so that her infant son would not be thrown into the fire prepared by Pharaoh?! Allah (swt) uttered him to say to her (stay still since you are on the truth of Al Haqq), why didn’t she back down until she has the pleasure of her son and his upbringing and make him a generation of victory?!

But Allah (swt) refuses but to let her say the truth of Al-Haqq and die for it!! Do you think if they had retreated, would the generation of victory have emerged from them?!

Twelve thousand soldiers faced the Prophet of Allah during the Battle of Hunain. The Qur’an described them:

“Behold! your great numbers elated you, but they availed you naught” as they said: We will not be victorious today from a few.

The invasion (ghazwa) took place after the conquest of Mecca, in which a large group of new Islamists and passionate warriors took part in it, who had entered Islam after it had established its authority over the Jazirat Al Arab (Arabian Peninsula). They were enthusiastic to fight under the authority of Islam when it was the dominant party, so it took them moments after the start of the fight where it was tilted in favor of the polytheists (mushrikeen), when the most ideal of them says: “Does not the magic stop today?”, and another shouts: “their defeat does not end till the sea”, meaning the Muslims.

These masses, with these defeatist mindsets that fall at the first gust of wind, would have caused a crushing defeat for the Muslims had it not been for the military insight and the self-control of the Messenger of Allah.

In this difficult situation, the Prophet (saw) stands courageously calling in the army:

“Truly saying, I am the Prophet and I am the (grand) son of Abdul Muttalib.” His position at that time was the matchless of bravery, as he risks exposing his position to the enemy, and it is the summit of steadfastness as twelve thousand fled from him, and the hundred didn’t stay with him, so he descended from his mule and went towards the enemy, and it was the summit of military insight as he was aware of the importance of raising the morale of the army and linking the souls of the people with a strong bond that would make them ready to return to fight after their defeat. Had it not been for his position, the end of the Muslims would have been in that battle.

And the Prophet (saw) ordered his uncle Al-Abbas – and he was loudly speaking – to call the Companions. So Al-Abbas said: So I said at the top of my voice: Where are the tanners? He said, By God, it was as if their kindness was when they heard my voice, the kindness of cows for their children, so they said: Oh here we obey, here we obey (ya Labbaik, ya Labbaik). And the man goes to bend his camel but he is not able to, so he takes his shield, throws it in his neck, takes his sword and his arm, and breaks into his camel, and releases it, and the sound turns.

Abbas Mahmoud al-Akkad says in his book, The Genius of Muhammad: “Napoleon used to say that the ratio of moral strength to numerical abundance is a ratio of three to one, and the Prophet (saw) was very dependent on this moral strength which is in fact the strength of faith. Perhaps the ratio of this strength to numerical abundance reached as a ratio of five to one in some battles… and the miracle of faith here is much greater than the greatest advantage that Napoleon attained, thanks to the patience and determination that the Messenger of Allah (saw) entrusted the souls of his men …And every merit here is the virtue of belief and faith”

The moral strength that Muslims have: their belief that victory is in Allah’s Hands, and that: “If you help Allah, He will help you.” It is what made them surpass their enemy in all the battles they fought for they applied the one condition of victory: “Therefore stand firm (in the straight Path) as you are commanded.”

Muslims do not love anyone more than Allah and His Messenger, and if necessary, a Muslim sacrifices his life to support them. If France offends the noble Prophet (saw), it faces two billion Muslims who are willing to give their lives cheap to gain the honor of defending him. Today, we really need to inspire honorable models in the victory of the Messenger of Allah (saw), models that chart the steps of victory that befits a nation whose leader is the pride of creatures and the best of the messengers.

We are inspired by the example of the Caliph Abu Bakr and the wars of apostasy, and our master Omar when he said to the Messenger of Allah (saw): “But now because you are dearer to me than myself”, and the Sultan of Muslims and the last of their successors, Abdul Hamid II, prevented a play that offends the Messenger of Allah from being shown in France.

Muslims who yearn for such honorable examples, and they say: O Messenger of Allah, you are more precious than ourselves. They have an honorable example to support the Messenger of Allah: the establishment of his state and the arbitration of his law. By working hard to spread awareness of this idea and to demand its implementation from all who can support this call. Without considering the consequences and dangers it will entail or the hardships it will incur. And without looking at any of the accounts that contradict the slogan, “Verily, I and My Messengers shall be the victorious.”

Fear of the military power of the West is contrary to belief in the absolute power and greatness of Allah (swt). And the fear of the enemy’s deception and intrigue clashes with the belief that Allah is the best of deceivers. Whoever calculates the many obstacles will lose sight of the fact that what is required is that you die on the path, and not to reap the fruits.

And our belief in Allah requires us to believe in the inevitability of the return of the Second Khilafah Rashidah (rightly guided Caliphate), the inevitability of the liberation of Jerusalem and all of Palestine and its return to the Muslims, the conquest of Rome and the spread of Islam so that it has authority on earth over everything else. And this belief obliges us to act. As for making excuses of the current circumstances and weakness of Muslims, it should be that this weakness be a cause for action for change, not for submissiveness.

“If Allah assists you, then there is none that can overcome you, and if He forsakes you, who is there then that can assist you after Him? And on Allah should the believers rely.” [Al-i Imran: 160].