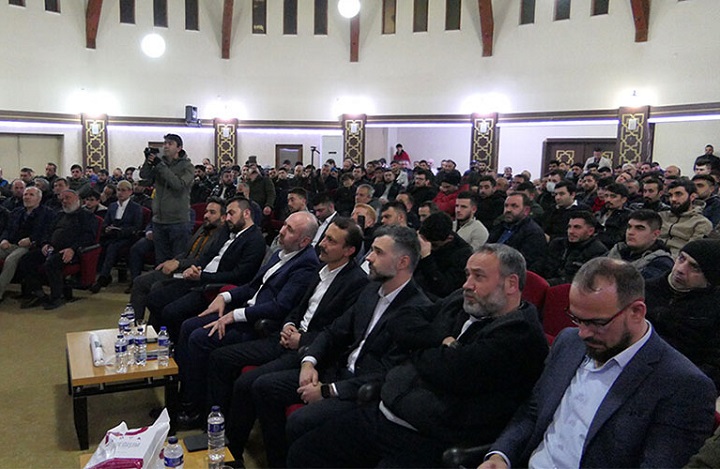 Hizb ut Tahrir / Wilayah Turkey in Inegol in the province of Bursa organized an economic conference entitled “The Islamic Solution to the Economic Crisis!” In conjunction with the occasion of the 101st Hijri anniversary of the demolition of the Khilafah (Caliphate) State on the 28th of Rajab 1342 AH.

The conference began with an introduction by the representative of the Koklu Degisim Magazine in Bursa, Ustaadh Muhammed Steinbodek, followed by a fragrant recitation of verses from the Holy Quran by Brother Muhammad. 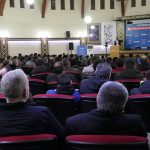 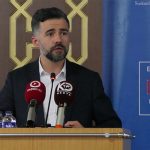 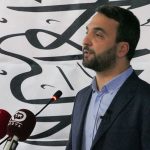 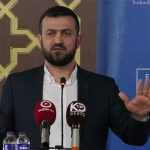 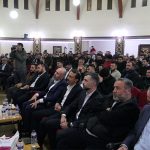 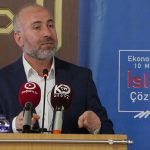 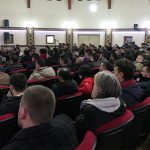 Then the opening speech was given by Ust. Muhammad Amin Yildirim, Member of the Media Office of Hizb ut Tahrir in Wilayah Turkey, in which he explained that crises fall on everyone, especially the state and administrators, and said that the administrators neglected this responsibility. Once again, noting that what we need to get rid of these crises is the great Islam, Yildirim explained that Islam is a religion and principle that will provide solutions to problems that will arise until the end of the world, just as it has provided solutions to all problems over the past 1,300 years.

After Mr. Mehmet Amin Yildirim’s speech, Mr. Musa Beyoglu (one of the writers of Radical Change magazine) known for his book “Worship That Leads to Victory” delivered his speech in which he stated that Hizb ut-Tahrir / Wilayah Turkey prepared a study entitled “Islamic Solutions to Economic Crises in 10 Items”. As a condition for such responsibility, he explained in his speech entitled “Islamic solutions to economic crises in ten articles” the real causes of the crises we are going through and Islamic solutions to them.

Then came the speech of Ust. Mahmud Kar, Head of the Media Office of Hizb ut Tahrir in the Wilayah Turkey, titled “Are we still looking for a solution to the crisis in the brutal practices of capitalism, or in the pure rulings of Islam?” He made statements in response to the question and touched upon the solutions of the Islamic economic system and how to implement it. Kar explained with examples from the glorious Islamic history that these lands have not experienced misery and poverty for 13 centuries, and that salvation from the current crisis and problems will only be possible through the Islamic economic system in particular. and the Islamic system in general.

With all the presentations at this conference held in Bursa / Inegol, the fact that the only salvation for humanity that is suffering from the scourge of moral and economic crises due to bankrupt capitalism is the Islamic economic system and the rulings of Islam is emphasized. The conference concluded its work by praying to Allah Almighty with one heart that we see and live together in the shade of the Khilafah Rashidah (Rightly-Guided Caliphate) State – which will be established soon, Allah willing – which will implement the Islamic system.