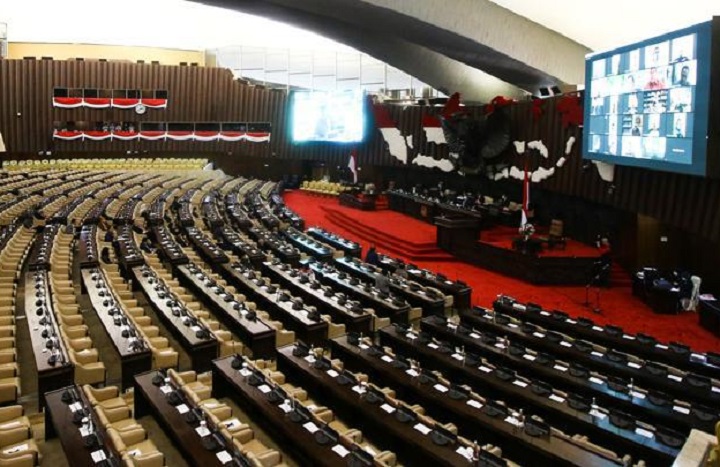 The Indonesia House of Representatives (DPR RI) and the government on Tuesday, April 12, 2022, ratified the Draft Law on the Crime of Sexual Violence (RUU TPKS) into law. The chairman of the Indonesian House of Representatives, Puan Maharani, said that the ratification of the TPKS Bill was a historic moment, because the bill had been fought for since 2016 and experienced many dynamics, including rejections from various religious conservative groups.

Comment:
Puan Maharani’s attitude is one that reflects the status quo of secular nationalist power in this largest Muslim country. Even though they have refused to be called secular, the nationalists in this country often display the attitude that religious groups are a threat and enemy to them. This attitude is also evident when they make policies. The regime seems unconcerned with substantive criticism from Muslim groups which they label as conservative or even radical.

Even though the tension of rejection from many Muslim figures and activists has started since last year regarding the substance of ‘Sexual Consente’ in Permendikbud no. 30 of 2021 concerning the Prevention and Handling of Sexual Violence in Higher Education. The concept of Sexual Consent – sexual relations carried out because of consent – is a manifestation of the demands for equality in gender relations and demands for the autonomy rights of women’s bodies that are promoted by feminists. Ironically, this substance was actually adopted in the TPKS Law which was just passed, even in the first article in its first paragraph!

Sexual violence against women has indeed become an epidemic and must be stopped, we agree. However, this problem needs to be solved from its roots because it is chronic. The systemic interaction between the notion of individual freedom, the liberal media industry, the capitalist lifestyle industry, and the hegemony of digital corporations has accelerated the flow of sexualization in Muslim society, especially in Indonesia.

This sexualization flow is the main trigger for sexual violence against women, while the TPKS Law actually sees it as a form of individual freedom. Instead of solving it, the existence of this new law will actually open the door to new freedoms and damage in the community, because the definition of sexual violence contains the phrase sexual consent, which is the same as allowing free sex, as well as sexual deviation as long as there is consent from the women. This means adultery, infidelity, deviation from the Sodomites and the like will be allowed to run rampant, na’udzubillahi mindzalik!

So, it is natural for someone to say that the government has firmly sided with liberalism, because the substance of this law clearly shows its alignment with the values of secular liberal feminism. In fact, this regime’s attitude is not too surprising. Moreover, we must see the TPKS Law as a secular legal product which is clearly born from a systemic process. From the perspective of public policy, a policy is born from the political process carried out by Polity (elements of government institutions). Likewise, the TPKS Law is a policy product of a certain system, with certain government institutions that are heavily colored by certain ideologies, values and interests, namely the secular ideology of Capitalism.

“…And who could be more astray than those who follow their desires with no guidance from Allah? Surely Allah does not guide the wrongdoing people.” [Al Qasas: 50]