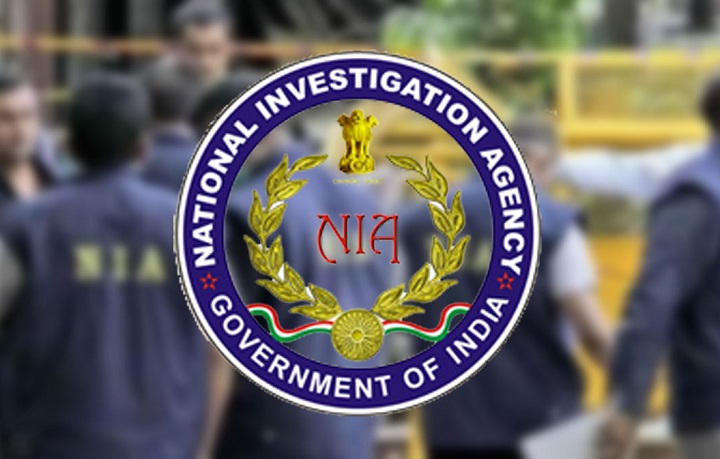 On 29/5/2021, the Indian National Investigation Agency (NIA) announced accusations against 31-year-old Muhammad Iqbal, accusing him of “spreading unacceptable messages on Facebook, and holding discussion sessions” regarding the Khilafah (Caliphate) system in the Islamic countries, the system that Hizb ut Tahrir seeks to establish. The agency said that these charges were in line with Indian laws, amongst other criminal laws. (Economic Times)

As we have stated previously, the officials of India’s National Investigation Agency have failed to fabricate accusations of “terrorism” against Hizb ut Tahrir and its members. However, instead of learning their lesson, retracting from their mistake and investing their energy in what benefits people, they have now fabricated an accusation that can only be described as insolent. So now, in a country that prides itself upon being the largest democracy in the world, there is a charge deserving of punishment called “discussing with people and writing on Facebook”!

The Modi government’s use of security services to implement its racist policies, has become so rampant that we can safely say that its institutions have been afflicted by the law of the instrument. It is the law of the instrument, Maslow’s hammer, about which Maslow pointedly remarked, “I suppose it is tempting, if the only tool you have is a hammer, to treat everything as if it were a nail.” Thus the Modi government and the officials of its agencies have been afflicted by racist policies to such a degree that they see every Muslim who is passionate about his Deen and loves his Ummah, as a nail that must be hammered. Instead of being an effective immune system that protects people’s interests and wards off harm from them, the state of the security services has become like that of an autoimmune disease, which attacks the patient’s body instead of defending it effectively!

Here we must ask; does the Indian government not claim that its constitution guarantees freedom of expression, amongst the six freedoms that it claims to protect? So, why then do the local police arrest a person who “discussed with people and wrote on Facebook”?! Why, after it became clear to the authority that the matter was no more than an expression of opinion, did it refer the case to a counter-terrorism agency i.e. the Indian National Investigation Agency?! What kind of justice is this that contradicts even itself?! How far does the government in New Delhi want to go in its broad, harsh and excessive use of the Prevention of Unlawful Activities Act? Is it now bereft of all reason? Does it want to tear apart what remains of a fragile peace between the varied religions of the people of India?!

Is it not enough that the Modi government has afflicted the people of India with horrific crises and monumental neglect? Why does it now want to make matters worse by creating more problems for itself with billions of Muslims around the world? Does the government in New Delhi not realize that the Khilafah is now public opinion that is spread to every Muslim home around the world?! Did Modi forget that Gandhi himself, when he wanted to sympathize with the Muslims in the Indian Subcontinent, adopted the integrity of the Khilafah as a cause? Does the government now see that what Gandhi did deserves punishment?!

We advise the wise in India to dissociate themselves from the disastrous policies of the Modi government. Have you not seen how Modi and his entourage are so blinded by their lust for power and eagerness to attract electoral votes that they fooled the people into thinking that the danger of the Coronavirus pandemic was over, instead of taking care of them?! In their lust for power, did Modi and his entourage not send people to their deaths, by encouraging them not to take precautions to prevent the spread of disease?! This is in addition to the populist, bigoted speeches of Modi and his entourage that are broadcast throughout India, inciting the people of religion to turn against each other, in order to attract electoral votes. Similar speech has torn apart entire societies in other countries and now it threatens the fragile stability of India, disturbing delicate relations between the varied factions of the population in the country. It is in the interest of the people of religion in India to maintain good neighborly relations with Muslims, for the Islamic Ummah is preparing for its second revival, which will be established by the permission of Allah (swt) and with the glad tidings of the Prophet (saw). When it returns to revival, the Ummah will look upon all the injustice and transgression that were perpetrated against it, taking into consideration those who were good to the Ummah and those who offended it. Allah (swt) said,

“Have they not traveled through the land and observed how was the end of those before them? They were more numerous than themselves and greater in strength and in impression on the land, but they were not availed by what they used to earn” [Ghafir: 82].

Accordingly, the Central Media Office of Hizb ut Tahrir affirms once again that Hizb ut Tahrir is a global political party that works to re-establish the Khilafah (Caliphate) on the Method of Prophethood in Islamic countries, in an intellectual and political manner. Since its establishment, Hizb ut Tahrir is firmly convinced that deep and truthful thoughts are adopted only after they are studied by minds and their application in life is observed so hearts accept them. This is the truthful approach that allows thoughts to influence individual and collective behaviour, changing it to an elevated, revived behaviour.

Similarly, we are certain that Islam and the Khilafah system is the only system capable of rescuing humanity, including the people of India, from the state of chaos in which it is living today, at the hands of rulers who destroy their own people, merely to preserve their chairs and thrones. Therefore, everyone who is loyal to his people must listen to what Hizb ut Tahrir offers, with respect to a comprehensive view based on the way of life lived by our Master Muhammad (saw). We would like to recall that the Indian Subcontinent was ruled by the just Islam and under the rule of Islam, it witnessed unprecedented peace, security and prosperity. Indeed, the day on which the Muslims reform the world again is coming soon, Allah willing. Allah (swt) says: