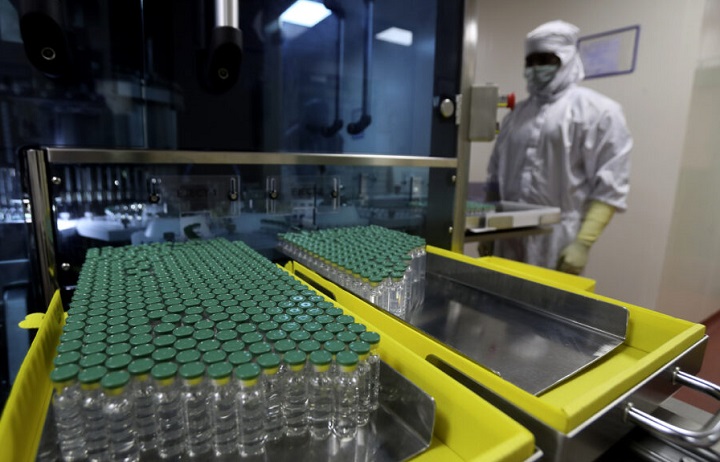 Delhi Chief Minister Arvind Kejriwal on Thursday said several states floating separate tenders to procure Covid-19 vaccines from abroad is detrimental for India’s image in the world. Pitching for centralised procurement of vaccines from abroad, the chief minister said, “Indian states left to compete/fight with each other in the international market. UP fighting Maha, Maha fighting Orissa, Orissa fighting Delhi. Where is “India”? Portrays such a bad image of India.” [Hindustan Times, 13 May 2021]

By the end of April 2021, the union government of India had opened up registration to those over the age of 18 for the third phase of vaccination on its Co-WIN platform. However, the central government could not provide sufficient doses to execute the vaccination drive for its people. This has led several state governments within India to float global tender and import vaccines from other countries. At least a dozen Indian states have floated tenders for procuring vaccines and will also bear the cost.

As per data published by the ministry of external affairs, India has supplied about 66.37 million doses of vaccine globally till April 2021, while world’s largest economy, US has shipped only 3 million doses and UK has exported just 1 million doses. Jeff M Smith from The Heritage Foundation think-tank stated, “The number of surplus vaccines available—after every American has been vaccinated—is estimated to be around 70 million…US has adequate supplies and more…” President Joe Biden and his predecessor Donald Trump had invoked the war-time DPA that leaves US companies with no option but to give priority to the production of Covid-19 vaccines and Personal Protective Equipment (PPEs) for domestic production to combat the deadly pandemic in America. When these major economies with much less population had prioritized their own people and vaccinated nearly half of their eligible population with at least one dose, India’s ambassador to the United Nations felt comfortable boasting, “We have supplied more vaccines globally than have vaccinated our own people.” According to an editorial published in a medical journal named The Lancet, India has vaccinated less than 2 per cent of its 1.4 billion population because of the slow pace of vaccination drive. In May 2021, India ran out of vaccines as soon as it opened registration for its third phase of vaccination drive for people above age 18. Now India’s Covid cases are on a surge which had crossed 25 million and the death toll reached 274 thousand being the second most impacted country after the US in the world.

India had failed to tackle foreign policy pressure and accommodated itself in line with the demands of the west, it had taken the responsibility to export the vaccine to world countries before it could vaccinate its own people. Last year India had lifted its ban on a drug named Hydroxychloroquine not immediately after Trump’s request but after a retaliation quote, where he responded to a query in a press meet with following response, “if he doesn’t allow it to come out that would be okay but, of course, there may be retaliation, why wouldn’t there be?”

US has embroiled India into its QUAD strategy in Indo-pacific region is another such example where India joined the American strategic alliance to counter China. In the past 5 years US has got India to sign multiple military, technological and logistical sharing agreements like LEMOA (Logistics Exchange Memorandum of Agreement), COMCASA (Communications Compatibility and Security Agreement) and BECA (Basic Exchange and Cooperation Agreement) similar of such agreements that US has with NATO alliance which gives US immense leadership in taking military decisions for its hegemonial ambitions. Those countries that enter into such agreements become more dependent on the US and its technologies at their own peril.

Current world order established upon Western Capitalism exploits other nations to maintain its hegemony at any cost. America, which is the global superpower, maintains its leadership by not letting other countries beyond their boundaries independently and curtails such issues either through military presence, leading alliances like NATO or creating new alliances like QUAD. Countries like China that has accepted this Western world order within existing frameworks, finds itself unable to charter its own policies with other nations.

Only the Khilafah (Caliphate) state that submits to the Shariah of Allah will exhibit itself as a true independent state by maintaining its sovereignty to Islamic ideology. It doesn’t submit to the pressure of any superpower or keep any military alliances and will not be part of any world organization.

“And never will Allah grant to the disbelievers a way (to triumph) over the believers.” [TMQ 4:141]