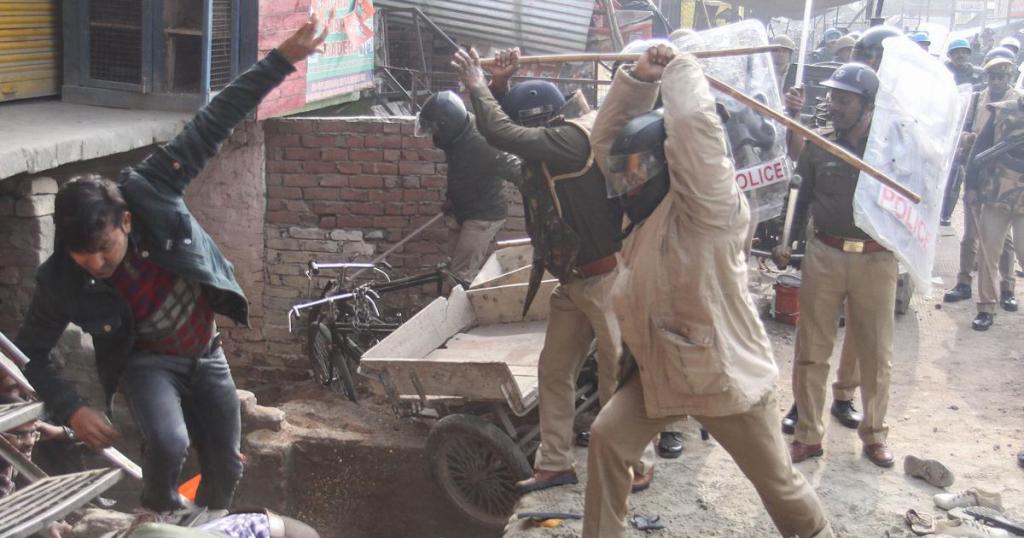 In Tuticorin, India – Father Jayaraj (59-year-old) and his son J Fenix (31-year-old) were picked up for questioning by the Sathankulam police for keeping their mobile accessories shop open during the lockdown on June 19. They were brutally tortured by the police while in custody, leading to their deaths. While Fenix fell ill and died at the Kovilpatti General Hospital on June 22, his father died on the morning of June 23. (source: https://www.indiatoday.in)

The unfortunate loss of lives happened in India at the hands of the government that is supposed to protect them, barely a few weeks after the brutal xenophobic murder of African-American George Floyd on 25 May 2020 in Minneapolis, US at the hands of on-duty police officer who used a US government approved ‘chokehold’ restraint mechanism. We see yet another time how ruling principles derived out of human minds causes devastation to people, from the so-called greatest democracy (US) to the largest democracy (India).

Out of 125 police custody deaths in 2019, 93 persons died due to torture. National Campaign Against Torture (NCAT) reported torture methods used included hammering iron nails in the body (Gufran Alam and Taslim Ansari of Bihar), applying a roller on legs and burning (Rizwan Asad Pandit of Jammu and Kashmir), ‘falanga’ wherein the soles of the feet are beaten (Rajkumar of Kerala), stretching legs apart in the opposite side (Rajkumar of Kerala), and hitting the private parts (Brijpal Maurya and Lina Narjinari of Haryana).

Between 2001 and 2018, 1,727 persons died in police custody but only 26 policemen were convicted of custodial violence. It is a well-known fact in India that torture at police custody is very much part of the investigation process, though torture is forbidden by law. The government punishes only those persons who have no protectors, just to portray the legislation as functional, but as far as the torturous perpetrators are their own persons, their judicial system remains silent. The police custody deaths are widespread among all Indian states and one who watches closely into the issues, can realize that secular value established in the society is the root cause of this brutal incidence. Secularism itself has separated the concept of accountability to a Creator, producing a spiritual void within societies and promoting individuals to go after their desires in the name of individual freedom and use it as the measure of right and wrong. Secularism creates a society where human beings act according to their own desire and have no value to honor the sanctity of life. The murders and crimes are the byproducts of desires which propel the individual to act according to their benefits.

On the contrary, the Islamic system organizes a society with kindness and compassion as it did with Aws and Khazraj of Madinah. A fair and efficient Islamic judiciary will ensure justice for the victims and punish the butchers. In the Islamic system, every individual is considered innocent until the court verdict and It is absolutely forbidden to torture or punish anyone. It is forbidden to beat the accused before the charge has been established. It is also forbidden to insult him or to inflict upon him any punishment as long as his guilt has not been confirmed.

So Rasoolullah ﷺ did not apply the punishment upon that man because he did not confess and nor were the charges against him established in his presence. This means that he was accused of drunkenness but this was not confirmed and thus he was not tortured in order to make him confess and no penalty was imposed upon him just for the mere accusation. Therefore, it would be wrong to inflict any punishment on the accused prior to the establishment of the charge before a competent judge and in a court of law.

In conclusion, Islam views citizens from a human angle and it protects the dignity and honor of every person in the society, irrespective of Muslims and non-Muslims. وَمَنْ اَحْيَاهَا فَكَاَنَّمَاۤ اَحْيَا النَّاسَ جَمِيْعاً “If anyone saved a life it would be as if he saved the life of the whole humanity,” [Surah Al Maidah: 32]

This is what Islam teaches us. May Allah (swt) remove us from the darkness of flawed systems to the light of His own divine system, so that we may see an end to the tortures and oppression that man-made laws perpetrate on the fellow man. Ameen