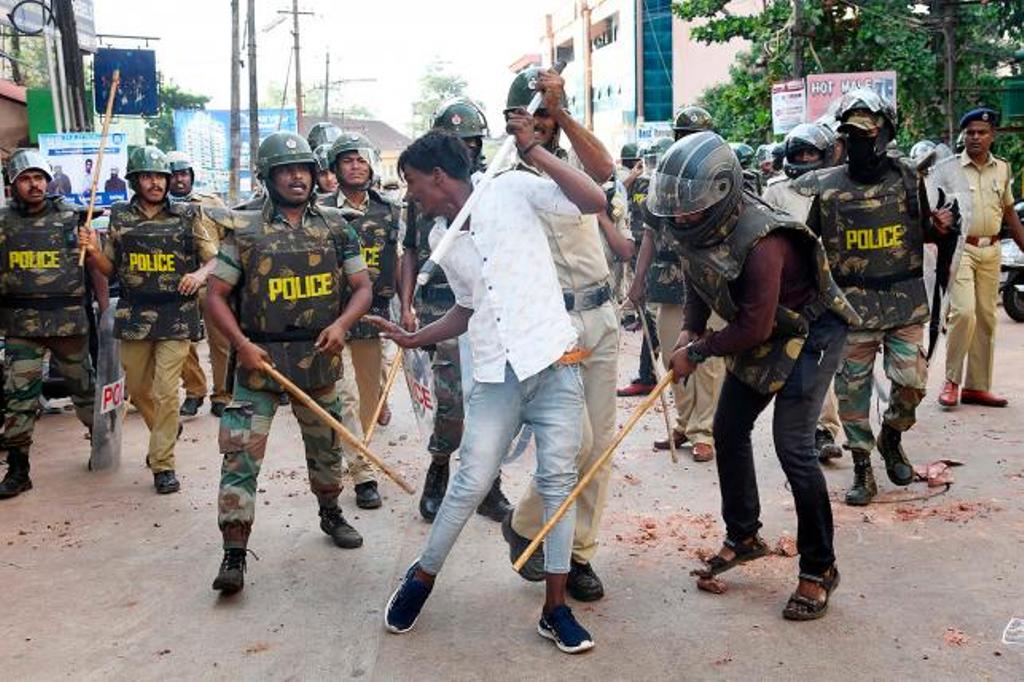 Muslims in India, the world’s largest democracy, have been facing the heat of existential threat by the policies of current ruling Bharatiya Janata party (BJP). The previous tenure of BJP saw the passing of the Triple Talaq Bill claiming violation of women’s rights which caused an uproar among the Muslim community who considered it as a blatant attack on Sharia law. The second tenure of the BJP government also known as Modi 2.0 saw even more aggressive policies and laws targeting Muslims of India, namely the abolition of article 370, Babri Masjid verdict and the Citizenship Amendment Act (CAA2019). Muslims on having sensed the oppressiveness and unjustness of these policies have blamed the rising Hindutva ideology for their ordeal. The BJP-RSS (Rashtriya Swayamsevak Sangh – Nationalist Volunteers’ Organization) duo have been promoting Hindutva thought among the Hindus and unifying them based on this thought in the past few decades. This Hindu-Ultranationalist forces have been successful in unifying the majority Hindus using this Hindu-Nationalist identity and Islamophobia.

Muslims need to understand the true nature of this problem and how the Hindutva forces gained traction among the people. The root of the problem lies in the Democratic system itself. This flaw of the Democratic setup needs to be understood so that Muslims can identify the real cause without being deceived into looking for a solution where the actual problem lies i.e Democracy.

The term Democracy refers to the rule of the people. “Rule of the people” refers to two important aspects, namely Legislation and Voting. Legislation means people decide what is legal and illegal for themselves. Voting refers to the right of the people to choose their ruler. In other words, power lies at the hands of the people. Consequently, the more support a party has from the people, the more powerful it becomes. This naturally results in political parties in democracies to identify and segregate people based on common characteristics like religion, race, language, colour, etc. where a “majority” group having a common characteristic can be separated from a “minority” or “small” group having a different characteristic. Subsequently political parties standing for the interests of this majority group naturally wins and comes to power representing the group. Consequently, the “minority” group and its interests are neglected or even discriminated based on appeasement, whims and desires of the majority.

The world’s largest democracy i.e. India is an exemplary model of such an oppression on Minorities.  The BJP and its mentor organisation RSS have been playing the majority Hindu card to gain the power of the people. Hindus consist of almost 80% of the Indian population and the Hindu-Nationalist identity has been the cornerstone of seeking political power not only by the BJP which is more blatant in its policies but also by the opposition Congress party which is more hidden and hypocritical with respect to its policies favouring the majority and turning a blind eye to  the interests of the minorities. A prominent example is the Babri Masjid case in which most of the developments that shifted the case in favour of the Hindus happened when the Congress party was in power including the demolition of the Babri Masjid in 1992. Under Congress rule in 1995, just few years after the destruction of the Babri Masjid, the supreme court gave a verdict legitimising the use of the word “Hindutva” which previously had communal and anti-secular connotations. [1]

Islam is immune to the oppressive nature of Democracy

The Islamic political system called the Khilafah (Caliphate) is immune to these flaws of Democracy. The following are the features of the ruling system of Islam:

1- Objectivity of the Shariah:

The Secular Liberal order has a set of principles like freedom of expression, freedom of religion, gender equality and personal freedom with which it addresses the affairs of the people. These principles always clash with one another in any issue, so there is always contention of which of these principles takes priority in that issue. This is the reason why we find there is contention between the principle of Freedom of Religion and Gender Equality as an example. Another example is when the principle of Freedom of Expression is used as a premise for hate speeches that infringes the fundamental rights of others. This subjectivity of the Secular Liberal principles leads to lot of contradictions and allows its manipulation to oppress the minorities.

The Khilafah does not make laws based on the whims and desires of the people, but it is based on the clearly defined laws of the Shariah based on the Qur’an and the Sunnah. This does not allow the majority to dictate oppressive laws on the minorities. Allah (swt) says: إِنِ الْحُكْمُ إِلَّا لِلَّهِ “Legislation is for none other than Allah…” [12:40]

2- Gravity of violation of the rights of the Dhimmi

Safwan ibn Sulaim reported: The Prophet ﷺ said, «أَلَا مَنْ ظَلَمَ مُعَاهِدًا أَوْ انْتَقَصَهُ أَوْ كَلَّفَهُ فَوْقَ طَاقَتِهِ أَوْ أَخَذَ مِنْهُ شَيْئًا بِغَيْرِ طِيبِ نَفْسٍ فَأَنَا حَجِيجُهُ يَوْمَ الْقِيَامَةِ» “No doubt, if anyone wrongs a Mu’ahid, violates his rights, burdens him with more work than he is able to do, or takes something from him without his consent, then I will be his advocate on the Day of Resurrection.” [Sunan Abu Dawud 3052]

Islam obliges that the Dhimmi be protected in his property, honour and blood. Any violation of their rights will be a matter of grave concern for the State and it will ensure that the rights of the Dhimmi are protected. And it is no surprise that history is filled with testimonies of Jews and Christians who claimed that living under Islam was their Golden Age.

BJP and its Hindu-Nationalist mentors have been exploiting this inherent flaw in Democracy to implement their agenda of the Hindu-Supremacist State. And this is not just in India. From Asia to Europe to America, politicians and political parties exploit this inherent flaw in Democracy to gain into power. Muslims must clearly understand the source of this problem before proceeding towards any solution. Without this comprehension, there is a great danger of Muslims looking for solution in an institution which itself is the cause of the misery. Muslims should reject this man-made system of Democracy which is the cause of the oppression of minorities worldwide and turn towards Allah (swt) and His Deen which is the only perfect system for mankind. And it is only through this system revealed by The Creator, the protection of both Muslims and Non-Muslims can be guaranteed. Allah (swt) says: يَا أَيُّهَا الَّذِينَ آمَنُوا اسْتَجِيبُوا لِلَّهِ وَلِلرَّسُولِ إِذَا دَعَاكُمْ لِمَا يُحْيِيكُمْ “O you who have believe, respond to Allah and to the Messenger when he calls you to that which gives you life” [8:24]