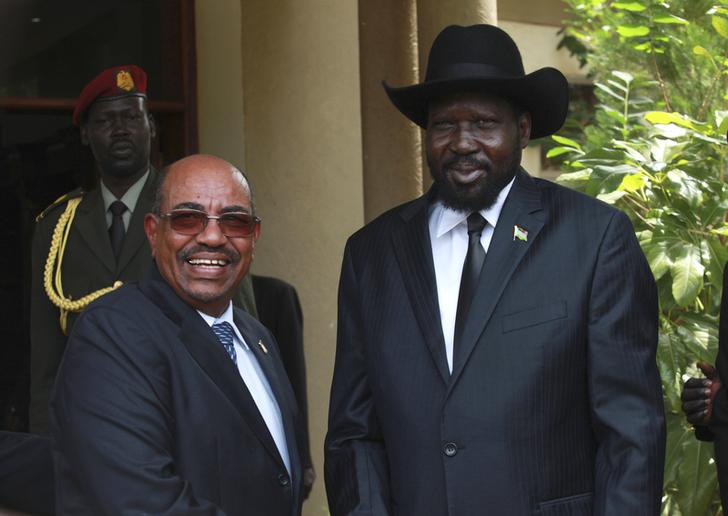 Alsudani Newspaper reported in its edition on Wednesday 29th Rabii’ Al-Awwal 1438 AH, corresponding to 28th December 2016 CE, that: “The Wali (Governor) of Red Sea State, Ali Ahmed Hamid, said that the secession of the South is one of the major achievements of the Inqadh (Salvation Party) after the impossibility of unity with them. Hamid in his speech yesterday, at the opening session of the Conference of the eastern sector of the National Conference in Port Sudan, listed the great achievements of the Inqadh in all the educational, health, economic, political and security fields, and said: “We are proud we have given thousands of martyrs for the sake of unity, and have accepted secession option when unity with them became impossible, so as not to fight them forever (to the day of Judgment).””

It is known in the whole world, that Unity is strength, and that division is weakness and humiliation, and an ancient Arab poet said: (تأبى الرماح إذا اجتمعن تكسراً … وإذا افترقن تكسرت آحادا) “Spears don’t break if they are in a bunch …but if parted they are broken as individuals.” However, as we are Muslims, Islam does not allow us to squander any Islamic land. And South Sudan is an Islamic land, ruled by Muslims, and the people of this Muslim country, its people, irrigated it with their blood in order that the South remains part of Sudan; part of the Islamic land. It is misleading to say that we were fighting the people of the South, for the stark fact, and the reality that does not lie, is that we were fighting a rebel group, which the colonizer Kaffir West stands behind it in order to rip up Sudan.

And here is a question we address to the rulers of Sudan, are you today fighting the people of Darfur, or are you fighting the rebels from its people?! Are you fighting the people of Southern Kordofan and the Blue Nile, or are you fighting rebel factions?! If the answer was that you fight the people of these areas, so why not also give them separation as you separated the South, since you have considered it one of your major achievements?! The secession of the South, was and will remain, a disgrace and a shame in the forehead of the Inqadh, a betrayal of Allah and His Messenger and the believers, and a waste of the blood of the martyrs. However, under the Ruwaibidhah rulers who sold their Deen in exchange for the World of others, and made themselves slaves to achieve the agendas of the Kaffir West, especially America, it is under these Ruwaibidhah rulers, that treason became an achievement boasted of without decency, how evil is their judgment!!!

We in Hizb ut Tahrir in Wilayah Sudan have been reiterating that America is trying to tear the rest of Sudan, through the alleged National Dialogue, after it succeeded, through Sudan’s rulers and some of its opportunist politicians, in separating southern Sudan. And as long as this is the mentality of the rulers of Sudan, deeming tearing their country a great achievement, we by Allah, raise our voice high to the sincere sons of this country, the affectionate for its unity, rather its unification with the rest of the Muslim countries in a Khilafah Rashidah State on the method of the Prophethood, to take at the hands of these rulers, and change them, so as to bring Islam to power, led by sincere men, who distinguish between the truth (Al-Haq) and the falsehood (Al-Batil).