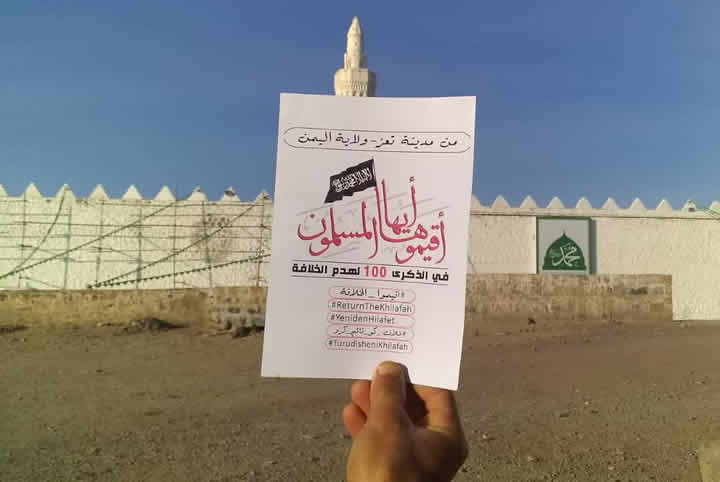 It was necessary to restore the rule of Islam in the Khilafah (Caliphate) state after its demolition, and it was essential that the building to be properly constructed to lead the Muslims in the end towards the desired goal; establishing the Khilafah State to rule with Islam and unifying the Muslim countries, and it was essential for the Islamic Ummah to have a trustworthy to lead it. So, Hizb ut Tahrir, the frontrunner that did not lie to it, rose within it to lead it towards regaining its position among the nations on the way to revival after the state of decline in which it fell in the absence of the Khilafah state. Hizb ut Tahrir had to lay down the correct methodology that would connect the Islamic Ummah to establish the Khilafah, so its vision was not limited to one aspect of life without others to solve its problems, but rather included all aspects of life: political, economic, foreign policy and others. Hizb ut Tahrir has worked for nearly 70 years, and has been very successful in keeping Muslims away from following their enemies in solving their problems, and has brought them back to their Aqeedah, on which they lay solutions to their life’s problems.

Hizb ut Tahrir has set its sights on the command of Allah in marching to establish the Khilafah to rule with Islam, and followed the Messenger’s (saw) example in establishing a bloc of Muslims and leading it to cherish them and elevate their status with Islam. Islam came and dealt with the problems of humans as they are characterized as human beings, then it brought solutions to all his problems so it included all aspects of life. It organized the economy and fairly distributed wealth so that all people could live decently. It eliminated unemployment and poverty, and made money in the Islamic State gold and silver, so that no one could control its value, as is the case today from the control of paper currencies. It prohibited usury (Riba), deceit, criminal fraud, and monopoly, and it eliminated inflation. It did not give the rich power over the poor to humiliate them, and it ensured for the Muslim and non-Muslim citizens of the state the basic needs of life, including food, clothing, housing, education, medicine and security, and it was keen to support the oppressed and provide relief to the distressed regardless of his religion. There are no crises of orphans, spinsterhood, old age, or widows in the Islamic society. It also made the system of government the Khilafah system which is distinct from others; sovereignty in it is for the Sharia and not for anyone else, and the authority belongs to the Ummah, as Muslims give Bay’a (pledge allegiance) to a caliph by the Quran and the Sunnah to act on their behalf in implementing Sharia, and to protect the boundary of Islam and carry Islam as light and guidance to the world, and Hizb ut Tahrir has elaborated on the institutions of the state in ruling and administration.

The Khilafah is a distinct system of government in which there is no inheritance, privileges, or immunity for anyone, contrary to the democratic regimes that exist in the world today, which have made man as a legislator, rulers are gods, and capitalists are the powerful.

The call for the establishment of the Khilafah state reached Yemen, the land of Iman and wisdom, so the people knew the call of truth, and did not hesitate to carry it, and were assured of the building upon which it is based to establish the Khilafah State, for by it alone Muslims will achieve the glory and the dignity and spread justice at home and abroad? Does not Hizb ut Tahrir deserve the victory of the people of Iman and wisdom for it to establish the Second Khilafah Rashidah (Rightly Guided Caliphate) on the Method of Prophethood? Definitely, it deserves victory, and Muslims deserve the glory.