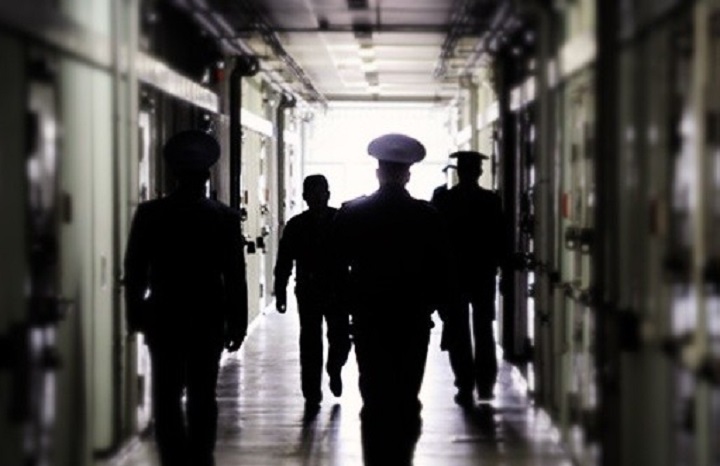 Zafar Nodirov, who is serving an unfair sentence for calling to Islam with Hizb ut Tahrir, has been sentenced to 3 more years in prison.

The First Eastern District Military Court announced the verdict against a member of Hizb ut Tahrir Zafar Nodirov, accused of Art. 205.1 Part 1.1 and Art. 205.2 Part 1 of the Criminal Code of the Russian Federation in assisting terrorist activities and in justifying terrorism. As human rights activists suggest, he spoke about the peaceful activities of the Hizb ut Tahrir party – meetings, reading religious literature – which is imputed to all defendants in cases of involvement in Hizb ut Tahrir as terrorist. Now the mere notification of prisoners about the trial or the statement about the fabrication of a criminal case is regarded as “justifying terrorism” and criminal cases are initiated for such statements.

Comment:
Previously, Zafar Nodirov had already been sentenced to 16 years in prison under Part 1 of Article 205.5 (organizing the activities of a terrorist organization) for participating in the activities of Hizb ut Tahrir. He has already been in prison since December 6, 2016, that is, more than five years. He served an unfair sentence in PC-7 (penal colony) of the Krasnoyarsk Territory.

To the 12 years that Nodirov still had to serve since the fabrication of a new criminal case, he was added another 3 years. In total, together with the previous sentence, the Russian judicial system sentenced him to 19 years in prison, of which he had already served 5 years. Estimated release according to the new sentence – 2035.

Thus, Russia is implementing the experience of the special services of Uzbekistan, which each time the previous term ended, added a new one to the imprisoned members of Hizb ut Tahrir.

Recall that Zafar Nodirov and nine other defendants were detained and have been in custody since December 6, 2016. He was accused of crimes under Part 1 of Article 205.5 as an organizer of the activities of a terrorist organization, then, on February 15, 2019, he was sentenced by the Moscow District Military Court to 16 years in prison with a sentence in a strict regime colony.

And this is by no means the first and not the only case of such lawlessness of the Russian repressive machine, represented by the courts, investigating authorities, and special services. This was first tested in 2017. Hizb ut Tahrir member Rinat Galiullin, after serving 5 years in prison on a trumped-up criminal case, was to be released on July 28, 2017 from penal institution No. 3 in the Saratov region. But at the exit from the colony, he was detained by FSB officers in front of his wife and 10-year-old daughter. It turned out that a case was opened against him under Part 2 of Article 205.5 of the Criminal Code (participation in the activities of a terrorist organization). The decision to open a criminal case stated that Galiullin, while in custody, conducted “collective and individual conversations” with the prisoners and tried to involve them in the activities of Hizb ut Tahrir.

Also on 08/05/21, Hafizov Asgat, who is serving an unfair sentence for calling to Islam with Hizb-ut Tahrir, was added to 19 years of imprisonment for another 10 years. The Central District Military Court announced the verdict against him under part 2 of article 205.5 and part 1.1 of article 205.1 of the Criminal Code of the Russian Federation in organizing activities and participating in the Hizb-ut Tahrir organization. To the 13 years that he still had to serve, the court added another 10 years. In total, together with the previous sentence, the Russian judicial system sentenced him to 28 years in prison, of which he has already served 6 years. And the list goes on…

Thus, Russia is implementing the experience of the special services of Uzbekistan, which each time the previous term ended, added a new one to the imprisoned members of Hizb ut Tahrir.

Russia is trying to stop the activities of this organization, intimidating its members with huge prison terms, which, in fact, are already becoming life sentences. At the same time, the Russian authorities know for sure that the party and its members have nothing to do with terrorism, terrorist attacks or anything like that. More and more human rights activists, lawyers, journalists and politicians are becoming clear that the ban on Hizb ut Tahrir has nothing to do with law and right; it is nothing more than a political decision, which is why in 2003 the Supreme Court of the Russian Federation adopted a decision to designate this organization as a terrorist organization.

The centuries-old hatred of Russia for Islam and the struggle against it are obvious. And once again the words of Allah were confirmed:

“…Hatred has already appeared from their mouths, but what their chests hide is bigger. We have already made the messages evident for you, if you have been reasoning.” [TMQ 3:118].