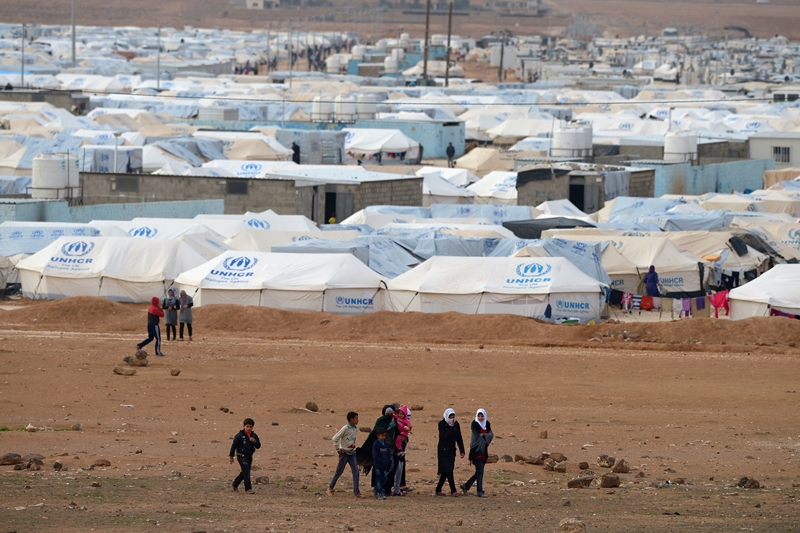 A new report by the United Nation’s Population Fund (UNFPA) has stated that women in the refugee camps in Syria have been sexually exploited by men delivering aid on behalf of the UN and international charities. The report, “Voices from Syria 2018”, detailed how Syrian refugee women were being coerced to offer sexual favours in exchange for food from the UN, and that the abuse was widespread across governorates in Syria’s south. Aid workers described how humanitarian assistance would often be withheld from these desperate women unless they agreed to fulfil these sexual requests, and that the problem was so endemic that some Syrian women refused to go to the distribution centres for fear that people would assume they had offered their bodies for the aid they received. The sexual exploitation has continued despite warnings raised to the UN and aid agencies 3 years ago. In June 2015, the International Rescue Committee (IRC) surveyed 190 women and girls in Dara’a and Quneitra and found 40% had experienced sexual violence while trying to access aid. The findings of its report were presented to a meeting of UN agencies in Jordan that year, yet the violation of Syrian refugee women continued. Danielle Spencer, a charity worker and humanitarian advisor, told the BBC that she believed that some humanitarian agencies were turning a blind eye to the exploitation. She said, “Sexual exploitation and abuse of women and girls has been ignored, it’s been known about and ignored for seven years…..The UN and the system as it currently stands have chosen for women’s bodies to be sacrificed…..Somewhere there has been a decision made that it is OK for women’s bodies to continue to be used, abused, violated in order for aid to be delivered for a larger group of people.”

Our dear, honourable sisters of Ash-Sham escaped the bullets, bombs, starvation and violation by Assad’s criminal forces, only to be subjected to abuse by those who claim to assist and support them. Our vulnerable desperate sisters are not only living in the most appalling inhumane conditions in these refugee ‘death’ camps, but from these reports it is clear that they cannot even access basic aid, including food without the threat of their honour being violated. It is yet further proof that the UN, other aid agencies and the regimes of the Muslim world cannot be trusted to look after the welfare of our dear sisters. Rather they have demonstrated that guarding their honour is not a priority in their eyes.

Truly, in the absence of the Islamic leadership of the Khilafah (Caliphate) based upon the method of the Prophethood, there is no safety anywhere for the honourable women of Ash-Sham, and nowhere for them to turn to for sanctuary, protection and dignified lives. Indeed, there is no other state except the Khilafah, ruled by the laws of Allah (swt) which views the honour of its women with such high regard, placing its protection on the same level as protecting life itself, and punishing severely anyone who dares to even utter a single word that violates it! The Prophet ﷺ himself, as ruler of the first Islamic state in Madinah, banished the whole Jewish tribe of Banu Qaynuqa for dishonouring a Muslim woman. The great Abbassid Khalifah, Al-Mu’tassim Billah, mobilized a huge formidable army to Amurriyah in Turkey, the place of the strongest Roman fort, to rescue a single Muslim woman who was abused by a Roman soldier, even though the capital of the Khilafah was in Baghdad at that time. This is the unrivalled legacy of the great status of honour that this true Islamic leadership of the Khilafah affords the women of its state as well as the immense sense of duty carried by its leaders to safeguard them from any harm. We call the Muslims, and especially those in the Muslim armies to whom Allah (swt) has bestowed military power, to establish with urgency this noble Khilafah state which alone can be trusted to protect the dignity, welfare and wellbeing of its women.

“Allah has promised those among you who believe, and do righteous good deeds, that He will certainly grant them succession to (the present rulers) in the earth, as He granted it to those before them, and that He will grant them the authority to practise their religion, that which He has chosen for them (i.e. Islam). And He will surely give them in exchange a safe security after their fear.”