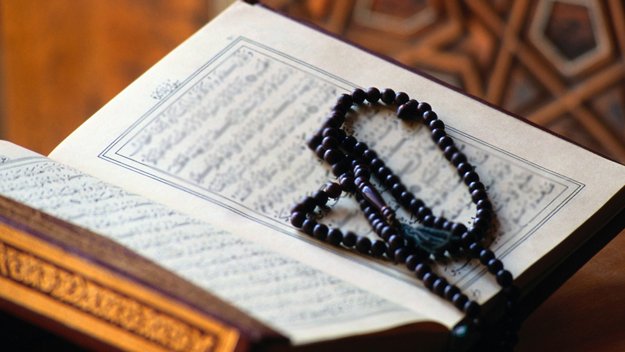 Hizb ut Tahrir delegation agreed with Dr. Ahmad Al-Mufti, the owner of the Khartoum Center for Human Rights, to hold a debate on the CEDAW agreement. He was contacted to conduct the debate, but after a long discussion, he refused to hold the debate and issued a publication, number (1163) entitled “O Hizb ut Tahrir Publish your Charters of Human Rights in Islam, the Alternative to International Charters”, and he published it in Al-Muharir electronic newspaper, and he may have published it in other media outlets. To give the full picture to those who read the publication and didn’t know what happened between Dr. Ahmad and the delegation of Hizb ut Tahrir, we provide the following facts:

First: We knew from the beginning, especially after Dr. Al-Mufti agreed with us that CEDAW violates Islamic Shariah law, that the debate should revolve around the ideas that produced CEDAW, such as the Charter of Human Rights based on the ideas of freedoms, and the idea of ​​equality between women and men. But Dr. Ahmad refused that and said that his disagreement is with the methodology of Hizb ut Tahrir, so we suggested therefore that the discussion should be on the methodology, but he also refused, and he described our ideas as exclusionary and that we are general despite his subsequent apology for this description after further discussion, but he insisted on describing our understanding as just “yearnings”, and then equated the thought of Hizb ut Tahrir, which he did not read, to the Cairo Declaration on Human Rights, and this is unfair to those who believe in the opinion and the opinion of the other.

Secondly: Does it make sense, rationally and Shariah wise that the Doctor agrees with us that the revelation is true and then deals positively with the international law (which is the Shariah of kufr). And if we take the case of (CEDAW) and declare that it is contrary to Islamic law, it is invalid for violating the truth (the Islamic Shariah); Allah (swt) says: وَقُلْ جَاءَ الْحَقُّ وَزَهَقَ الْبَاطِلُ إِنَّ الْبَاطِلَ كَانَ زَهُوقًا “And say, “Truth has come, and falsehood has departed. Indeed is falsehood, [by nature], ever bound to depart.” [Al-Isra’: 81]

How can we deal positively with what we must work to remove?

Thirdly: How can we be exclusionary, as the Doctor said, while we are the ones who suggested to him to have a discussion, on good terms, about anything starting from the ideas to the methodology, and we also suggested that the basis of the debate should be the revelation, if he wanted, or the application of thoughts to reality. And we showed our readiness to bring statistics by the Kuffar themselves on the bitter fruit of their ideas about life, but he was the one who refused, so who is the exclusionary now?!

In conclusion, we say to Dr. Al-Mufti, we thank you for your initial invitation to us to conduct a debate, and thank you once more for inviting us in order to present our view on the Human rights charters according to Islam, and we say to all the truth seekers that Hizb ut Tahrir has a detailed vision based on the revelation of Allah, the Creator and the Master of the universe, and the Determinant of the rights and duties of humankind Who created them (swt), and knows what benefits them and what harms them, أَلا يَعْلَمُ مَنْ خَلَقَ وَهُوَ اللَّطِيفُ الْخَبِيرُ “Does He who created not know, while He is the Subtle, the Acquainted?” [Al-Mulk: 14]

Indeed, Hizb ut Tahrir has a detailed vision based on revelation for an Islamic way of life under the Islamic state; the second Khilafah Rashida on the method of Prophethood. Our offices are known and open to those who want to know what we adopt from detailed methodology to all the systems of Islamic life. The Hizb is ready to discuss every idea or solution to a reality, issued and adopted by the Hizb.