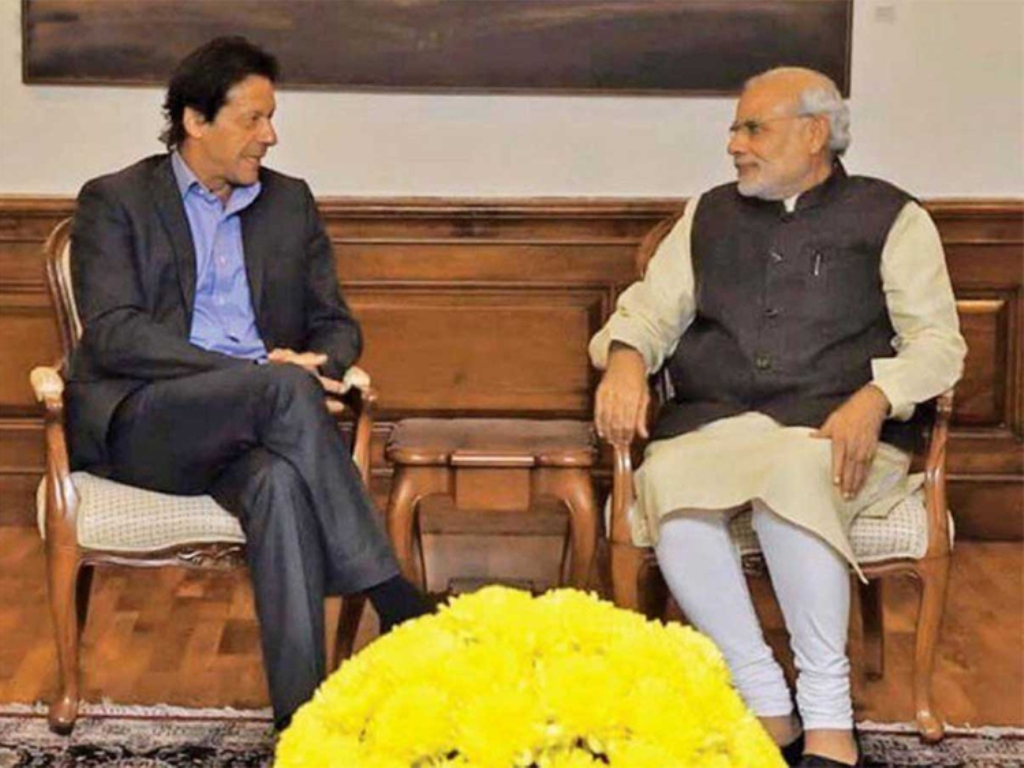 Imran Khan took to Twitter on 3 Sep 2019, tweeting: “I want to tell India that war is not a solution to any problem. The winner in war is also a loser. War gives birth to host of other issues.”  He reiterated war was not an option to deal with the issue of Kashmir. The reality is rather than Pakistan’s economy being weak in the face of India, on most indicators it is India’s economy that will struggle in any war scenario. Whilst the regime of Pakistan continues to argue that its economy cannot sustain war with India, successive governments have sustained the war in Afghanistan and the tribal areas since the US ordered Pakistan to do so. Clearly its political consideration rather than economic that are driving the rulers of Pakistan.

The government of Pakistani continues to argue that India’s army is much bigger than Pakistan’s.

Whist it is true that India has a larger army, navy and air force than Pakistan, but this is simply a paper exercise. India has for long had a huge army which it has struggled to arm with modern weapons. Pieter D. Wezeman, a senior researcher at the Stockholm International Peace Research Institute, said: “I don’t think there’s another country in the world that has tried as hard as India to make weapons and failed as thoroughly.” Even attempts at military modernisation, India has suffered from numerous problems. In 2012 a letter from Army Chief Gen. V.K. Singh to Prime Minister was leaked which highlighted the internal problems. The army general highlighted: “India’s million man-plus armed forces are unfit to fight a war, the army’s tanks have run out of ammunition, the air defense is as good as obsolete and the infantry is short of critical weapons.  The state of India’s military is alarming, the country’s air defense is 97% obsolete, while the elite Special Forces are woefully short of essential weapons. The Army’s entire fleet of tanks is devoid of critical ammunition to defeat enemy tanks.” [2]

The reality is the Indian Army is fully committed, with over 700,000 soldiers deployed in Kashmir, and a simmering Naxalites revolt is central India. It then has border disputes with China and a 4000km border with Bangladesh where it intends to forcibly repatriate over two million people. Then it has to assemble a force to overwhelm Pakistan’s defences in the Punjab and Sindh sectors. This is a huge task for any army. India’s army is larger than Pakistan’s but this in reality means it has more problems than Pakistan too.

Pakistan’s Prime Minister Imran Khan has pledged that his country would not initiate any military conflict with India, warning of the risk to the world of nuclear war breaking out between the South Asian neighbours: “We are two nuclear-armed countries, if tensions rise then there is a danger to the world from this,” Khan said at the International Sikh Convention on 2 Sep 2019. “From our side, we will never act first.”

Imran Khan has shown poor comprehension on nuclear strategy and the politics of nuclear weapons. Under Khan’s logic, if India abandoned nukes, Khan would do the same, but leave the people of Pakistan vulnerable to both conventional and nuclear threats from America, the Zionist entity, Russia or even China. Pakistan’s conventional military strength is not enough to deter these powers from invading or teaming up with a disarmed nuclear India to dismember the country. It is essential for Pakistan to keep its nuclear arsenal both as a deterrent and a force multiplier should war break out. The lesson learned from North Korea’s nuclear standoff with America is that nuclear weapons discourage invasions. Where the absence of nuclear weapons—in countries like Iraq, Syria and Libya—encourages nuclear powers like the US to invade with impunity. This important utility of nuclear warheads seems to escape the cricketer-turned-politician.

With Pakistan and India both possessing substantial nuclear arsenals, there is no chance of a nuclear war. By placing cowardice on full display, this in diplomacy is fatal. The first and most important rule in diplomacy is to never take any options off the table, even if one has no intention of following through with a particular action. As limiting one’s choices hampers one’s ability to negotiate and betrays one’s weaknesses to the enemy.

The Kashmir crisis shows that the rulers of Pakistan are on the opposite side to the sentiments of the Ummah in Pakistan. The rulers make up myths to placate the Ummah’s demand for real action to help their brothers and sisters in Kashmir. What hope the masses had in Imran Khan is evaporating as he is now showing his tsunami of real change was really a call to keep the status quo going.