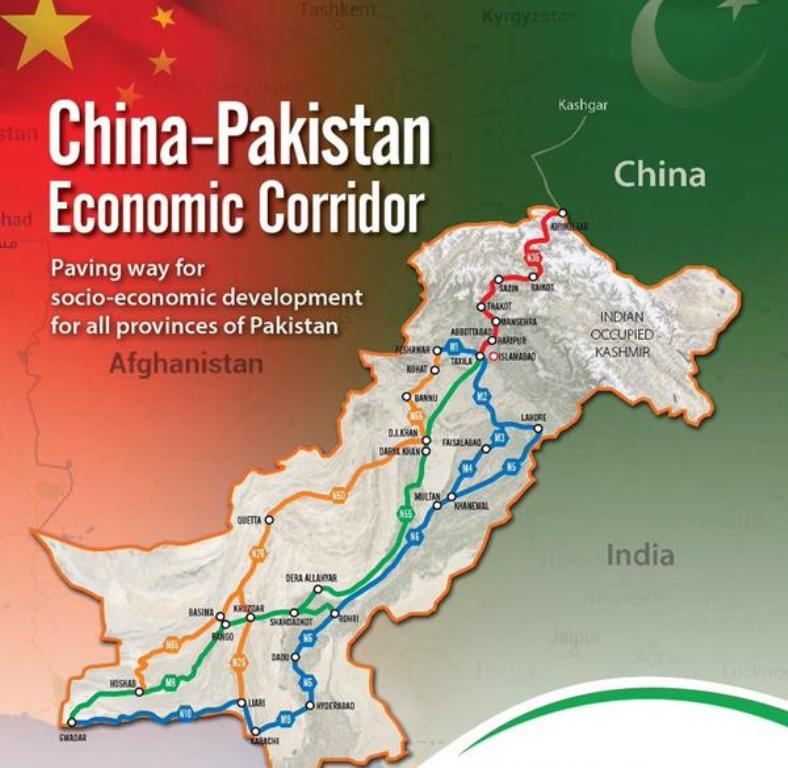 Pleading ignorance over the brutal Chinese oppression of the Uighur Muslims, General Bajwa and Imran Khan granted their audience to the atheist Chinese rulers. Following the footsteps of the previous government, the Bajwa-Imran regime met with Chinese investors and rulers, with loot sale offers of Pakistan crucial resources. They made a way for the Chinese colonialist control of Pakistan Steel Mill, Railway ML1, Bunji Dam, economic zones and Pakistan’s agriculture. Prior to arriving in Beijing, the Bajwa-Imran regime complied with several diktations of the atheist Chinese leadership. These included the establishment of the CPEC authority through presidential ordinance, so as to avoid making the controversial details public. The terms included the relaxation of taxation on Gwadar Port and keeping other controversial matters of Chinese economic hegemony secret. The extent of Chinese colonialism can be gauged from the fact that the $6.7 billion sum Pakistan will pay to China by June 2022 is more than double the $2.8 billion to be paid to the IMF in the same period.

China is no friend of Pakistan. The atheist Chinese regime hates Islam and the Muslims, which is evident in the persecution of the Uighur Muslim. Uighurs are being prevented from praying, fasting and fulfilling other religious duties. The men are forced to shave beards, eat pork. Imams are made to dance in public. Honorable women are forced to wear revealing dresses. Millions are jailed in concentration camps, where some are tortured, maimed, raped, sentenced to long prison terms and even murdered, in the effort to impose a new atheist identity upon them.  China is also occupying a portion of Kashmir and spreading its colonialist tentacles in the region through exploitative economic means. Unfortunately, our civil and military leadership wholeheartedly welcome their colonialist expansion. CPEC is one such Chinese exploitative project. One of the dangerous aims of this project is to capture the whole supply chain of Pakistan’s agriculture, reducing the poverty of South China through the mineral, agriculture, water and other resources of Pakistan. The parallel of Chinese investment in Pakistan’s infrastructure is the British investment in the Sub-Continent railway, to plunder the resources of the Indian Subcontinent and send it to Birmingham and London. According to a recent research estimate, Britain looted the equivalent of 45 trillion dollars in 173 years.

RasulAllah ﷺ and his visionary followers, the Sahaba (ra), brought down both global powers at the time, the Roman and the Persians, through their strong stance of Truth by Rasullah ﷺ and his honorable companions (ra) instead of allying with one, to fight the other. However, contrary to our great predecessors, the spineless and visionless civil-military leadership have allied with both the US and China, laying Pakistan wide open for their exploitation. InshaAllah, it will be the capable leadership of Hizb ut Tahrir under the command of Sheikh Ata Bin Khalil Abu al-Rashtah that will protect all the vital interests of the Ummah, after the re-establishment of the Khilafah in Pakistan, through securing the Nussrah of sincere military officers in Pakistan. The Khilafah (Caliphate) on the Method of Prophethood will not trade in the blood of Muslims for the sake of the Dollars and the Yuan. Allah (swt) said, يَا أَيُّهَا الَّذِينَ آمَنُوا لَا تَتَّخِذُوا الْكَافِرِينَ أَوْلِيَاءَ مِنْ دُونِ الْمُؤْمِنِينَ أَتُرِيدُونَ أَنْ تَجْعَلُوا لِلَّهِ عَلَيْكُمْ سُلْطَانًا مُبِينًا “O you who have believed, do not take the disbelievers as allies instead of the believers. Do you wish to give Allah against yourselves a clear case?” [Al-Nisaa: 144].