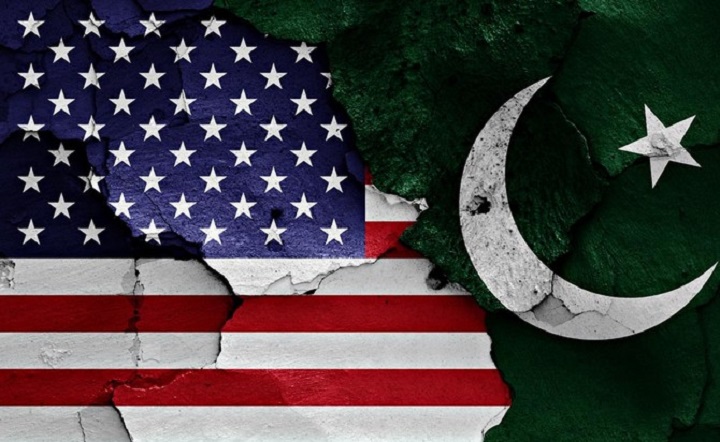 Another false hope of change through imported Democracy has been shattered. It is now clear that Democracy can only ever ensure slavery to the US and the West. Under Democracy, nation states covering small geographical areas are tightly shackled to the American world order, to prevent any challenge to US supremacy. Within a web of carrot and stick policies, chains include the United Nations, the IMF, FATF, the SWIFT system, restrictions on technology transfer and the Generalised Scheme of Preferences (GSP+) status. To prevent the rise of the Ummah, the West divided the Muslim Lands into over sixty pieces after destroying the Khilafah (Caliphate), weakening the strong military, economic, cultural and historical ties between Muslims, exposing them to oppression by the colonialist major powers.

Under both democracy and dictatorship, colonialists ensure both the government and the opposition are on one page when making laws in their favor, approving of several budgets and mini-budgets, according to the demands of the IMF. It was Imran Khan’s government that gave the United States safe passage after its defeat in Afghanistan. Then, to maintain US influence in Afghanistan, Imran Khan’s government granted the US CENTCOM forward headquarters at the Al-Udeid Air Base in Qatar an air supply line through Pakistan, that the US pilots call “the Boulevard.” It was Imran Khan’s government that abandoned Occupied Kashmir to Modi, after his forceful annexation. Thus, under Democracy, US interests were secured during the time of Imran Khan and will continue to be secured as long as Democracy remains.

Whether parliamentary or presidential, Democracy can never bring change, as we are now being herded towards more economic destruction under a 23 rd IMF program. Uproot Democracy and move forwards to a new world order, real change and actual independence, under the Khilafah.  It is the Khilafah which in the past broke the backs of the major powers of Rome and Persia in the Battles of Yarmouk and Qadisiyah and sent the seventeen-year-old general, Muhammad bin Qasim, to liberate the Indian Subcontinent from the tyranny of Raja Dahir. By the permission of Allah (swt), it is the Khilafah (Caliphate) on the Method of Prophethood of today that will force the colonialist powers into retreat, as well as burying the ambitions of Modi through the Ghazwa (Conquest) of Hind, ridding the world of the oppression of man-made law.

“O humanity! What has emboldened you against your Lord, the Most Generous?” [TMQ Surat Al-Infitar: 82: 6]

In the blessed month of Ramadhan, Hizb ut Tahrir / Wilayah Pakistan calls you all to the project of ruling by all that Allah (swt) has revealed, over which we have no choice as it is a duty to our Lord, Allah (swt). Hizb ut Tahrir has prepared a complete constitution of the Khilafah from the Noble Qur’an and the Prophetic Sunnah, presenting it to the Ummah for implementation. Hizb ut Tahrir / Wilayah Pakistan has presented to the people of power and influence the major Islamic policies, by which the Khaleefah will govern Pakistan. Globally, Hizb ut Tahrir has  prepared legions of capable politicians to both rule in the Khilafah and hold its rulers to account. So sacrifice from your body and mind for the sake of Allah (swt), ensuring the ruling by all that Allah (swt) has revealed, so that our reward is Paradise.