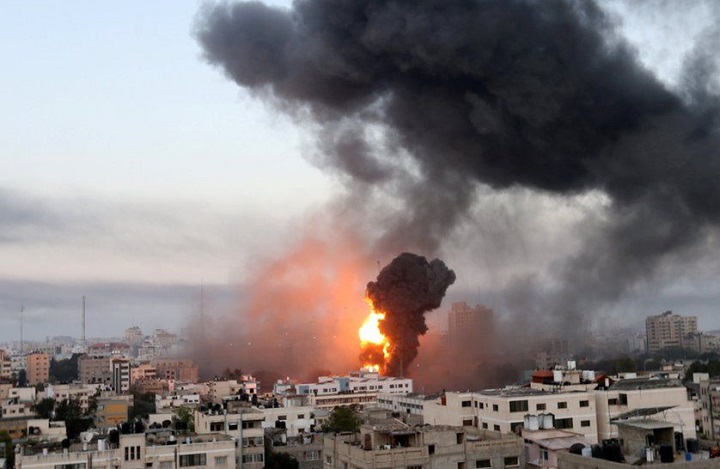 The UN Human Rights Council adopted a resolution calling for an investigation of violations in the Gaza Strip and in Israel, including in East Jerusalem. It is reported that the commission created for this will deal with both recent events during the last exacerbation of the Palestinian-Israeli conflict, and “systematic violations” of human rights. (Source: https://ru.euronews.com/2021/05/27/un-hrc-palestine-israel)

Comment:
When in some part of the Islamic world the enemies of Islam and Muslims once again commit their atrocities against the Islamic Ummah, some Muslims seek salvation and solutions to this problem in the International Law. Let’s investigate whether an appeal to the International Community and Law can really solve the problems of Muslims?

A careful study of the essence of the International Law, as well as the practice of its application, whether within the framework of the UN or within the framework of other treaties and agreements, we see that the motives of states have never been concern for the world, peoples and their welfare. The goals enshrined in the UN Charter, such as “maintenance of international peace and security”, “respect for the principle of equality and self-determination of peoples” have remained nothing more than slogans on paper that have no real impact on the life of the International Community.

One of the cases of a clear violation of the International Laws is the invasion of the independent state of Iraq in 2003. without the presence of a corresponding resolution of the UN Security Council. Subsequently, it became obvious to everyone that the “search and destruction of weapons of mass destruction” turned out to be nothing more than a smokescreen for reformatting the region in the interests of the United States.

Sometimes a veto by a member of the Security Council is used as an excuse for inaction. This is the case in the Syrian crisis, where it is unprofitable for the United States to overthrow its protégé Bashar al-Assad. Therefore, they turn a blind eye to all his crimes, including the use of chemical weapons, while blaming the Russian Federation for their inaction, which uses its veto power at every vote on Syria in the Council.

The UN has shown itself to be an ineffective organization controlled by the superpowers. Therefore, it is not surprising that it was simply thrown aside on the eve of the second Iraqi war. In 2004, US Ambassador to the UN, John Bolton, made several criticisms of the UN, saying: “There is no such thing as a United Nation. There is an international community that can only be led by the only remaining superpower, the United States.”

The International Law has always been only an instrument in the hands of major powers, and this instrument has been and is being used to interfere in the internal politics of independent states in order to subordinate them to their interests.

The concept of “International Law” cannot exist, since the concepts of “international” and “law” are not compatible. There are two reasons for this:

1. Law is a normative legal act that is adopted and implemented by the ruler. An international ruler cannot exist a priori.

2. The law must be executed, that is, there must be an apparatus for enforcing the execution of the law. Within the framework of the state, such an instrument is law enforcement agencies. On the international scale, this is impossible, since the main world players, members of the UN Security Council, will not defend international law or the sovereignty and interests of other states if this poses a threat to their own interests.

However, there are international customs and international norms, such as the inviolability of ambassadors and diplomatic missions, the rules of war and guarantees to the civilian population, but they cannot be called law.

In order for these norms and customs to become law, some kind of supranational institution is needed, which would compel the states to comply with it, and this is impracticable.

Since the inception of the idea of ​International Law, there has been disagreement among Western legal scholars over the essence of its rules. Many doubted its binding power. For example, I. Kant, T. Hobbes, J. Austin and G. Hegel denied the existence of a general International Law.

Nevertheless, subsequently, under the onslaught of lobbying for this idea by the superpowers, it became established in international relations.

As a result, the International Law with all its institutions has become nothing more than an instrument of rivalry and struggle between states such as the USA, Russia, Great Britain, France and China. Other states, their peoples, resources and territories have become victims of the criminal use of this tool by these powers. This is precisely the main reason for the instability that has gripped many parts of the world today.

Therefore, the one who turns to the International Community and the law is like a person who takes poison to cure a disease, considering it a medicine.