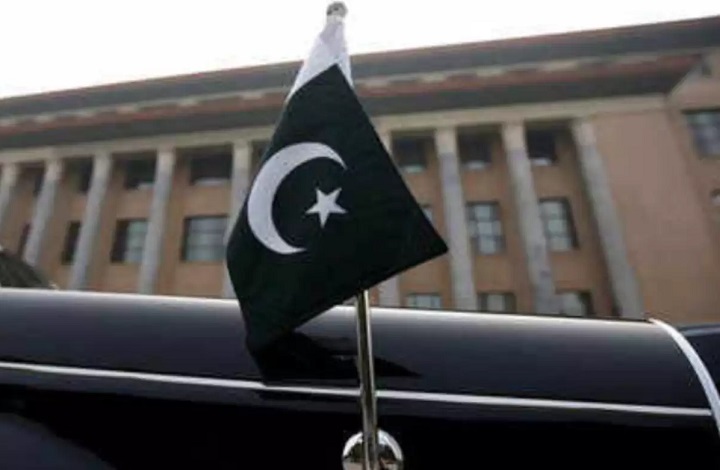 Prime Minister Imran Khan on Wednesday addressed the nation to announce a package to mitigate the hardships of the inflation-hit public. (https://www.dawn.com/news/1655727)

Comment:
Pakistan’s IMF sponsored finance officials were in Washington in recent weeks begging to close a deal with the International Monetary Fund (IMF) to release a debarred $1 billion tranche from a bailout package, which Islamabad says is trivially needed to secure the country’s struggling economy. On July 3 2019, the International Monetary Fund approved a $6 billion bailout package to help “return sustainable growth” to Pakistan’s economy. Throughout the deal spanning 39 months, the IMF will review Pakistan’s progress on a quarterly basis. As part of the agreement, $1 billion has been released to Pakistan.

The IMF has asked Pakistan to pay $37.359 billion in external debt within the duration of the IMF bailout deal. The increase in taxation required by the IMF was visible in the fiscal year’s 2019 financial budget, with the government increasing the Federal Board of Revenue’s (FBR) tax collection target from 3.94 trillion Pakistani rupees ($25 billion) to 5.5 trillion rupees. Since the bailout package, additional 1.5 trillion rupees and 1.31 trillion rupee hikes in revenue collection can be witnessed.

In January 2020, the IMF put the program on hold after the government did not agree to increase electricity prices and impose additional taxes. Recent media reports claimed that the IMF is demanding an increase of Rs4.95 per unit in electricity tariff and urging the government to impose taxes worth Rs150 billion. At a news briefing in Washington, Shaukat Tarin acknowledged that “the IMF had suggested increasing electricity and gas prices and tax rates.” IMF has asked for more steps to increase income tax, sales tax, and regulatory duties collection and urged the Federal Board.

Pakistan’s Govt reliance on the bailout package has put our economic policy in the hands of the IMF. Pakistan now is being forced under aggressive taxation regimes to enhance Pakistan’s debt repayments. So now cooking oil is now reaching at over 300Rs per liters similar unprecednet price hike can be seen in other basic house hold items like sugar, flour, meat, milk, lentils along with petrol price making skyways currently at around 148Rs per liters, the ever increasing electricity unit creating havocs within the lives of 95% people living in Pakistan. Along with tax increases and higher energy prices, Pakistani’s are also facing rising inflation, as the purchasing power of the rupee decreases. Recently Pakistan’s inflation rate hit 9%. And it is clear as day light that inflation is going to increase further. Having said that IMF is not the only culprit as hypocrite Khan using the term Madina ki Riyasat every other day is not preparing to distant our economic system from Fiat currency and adopting bi-metallic currency as was implemented by our beloved Prophet (saw) in Medina.

This devastated inflation can only be tackled by implementing the system from heavens that ALLAH (swt) has given to us i.e. Khilafah (Caliphate). Khilafah will cease the 300 billion rupees annual interest repayment and this money will be spent on people affairs. State will invest on heavy industries, telecom, energy and mining sector and not only stop further privatization but also take back whatever has already been privatized by agent rulers prior to Khilafah. State will immediately implement bi-metallic currency which will end the current horrific inflation that has crippled the backs of 95% peoples living in Pakistan under this oppressive man made capitalist democratic system. Khilafah will remove all the sales, income and all other direct & indirect taxes that will immediately relive each and every person from all walks of life.

Now if we still wait for something happening in our favor then we will only end up in the deepest of quagmire until we try for re-establishing Khilafah and push and account hard the people in power corridor to support the change to reestablish Khilafah.

“Verily! Allah will never change the condition of the people until they change it themselves (with state of Goodness).” [Ar Raad: 11]