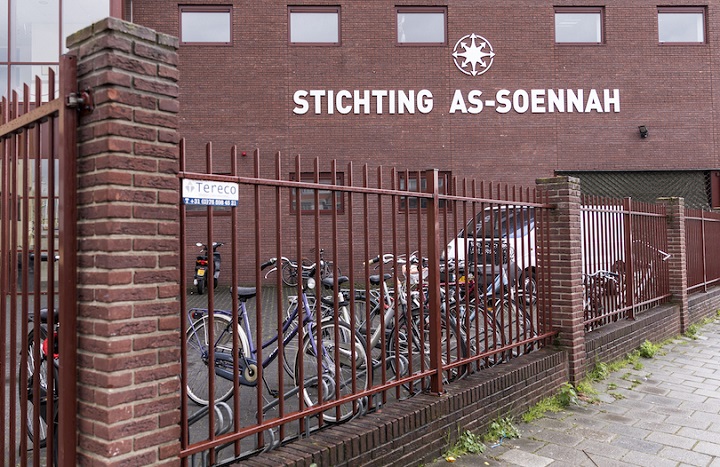 In June 2020, the board of the Parliamentary enquiry concluded that funding of mosques leads to influence from so-called “unfree” countries. This commission investigated As-Soenna in The Hague and Al-Fitrah in Utrecht among others and discovered donations that were not known yet. The commission reported they experienced heavy resistance while conducting their research. This commission consisting of 9 members, questioned an intelligence director, former district attorney and board members of several mosques in The Netherlands, all under oath. Boards of mosques were pressurized to provide insight in the finances and impact of possible “Salafist” influence from abroad was extensively covered in the media.

The assumption that was held while investigating the funding of the mosques in The Netherlands is a simple one; he who pays to piper calls the tune. And this only highlights the hypocrisy even more. The Volkskrant published on the 15th of June 2021 “The sugar daddy of the CDA, that gaf 1,2 million to his party”. This donor was only revealed after the leaked memo of Senator Pieter Omzigt in which he was critical of this donation. Omtzigt stated that influence was bought through this donation. The chairman of the commission of fundraising van der Wind, was quick to ensure that donors are in no way capable of influencing the course of the party.

In January of 2021, Follow the Money revealed that PVV leader Geert Wilder received large sums of foreign money secretly. Even more remarkable is that Wilders included viewpoints of said funder in his campaign program. The money was received from Robert Shilman who, with his money, tried to influence the debate on discrimination. Shilman also funded the extreme-right hooligan Tommy Robinson who was convicted of financial fraud among other things. In February 2021, Follow the Money yet again reveals that the VVD silently received gifts worth thousands of dollars years on end with reporting them.

The Funding of Political Parties Bill (Wfpp) states that all gifts above 4500 euros have to be made public. This is also the case for non-cash gifts like dinners. Still, we constantly see independent organizations publish articles in which it is made clear that political parties in The Netherlands are not transparent about their donors and donations. Is this not something that should be investigated thoroughly? Or is it allowed to work with dubious donors and donations when they benefit “democratic” parties and as long as they “do not influence the course of the party”? Without a doubt, this is hypocrisy in the way the issue of funding is being approached.

Traditional media cover issues regarding donations of political parties, however relatively speaking ample attention is given to it. Is it not required to establish a commission that will publish detailed reports containing their conclusions? Apparently, how the Cabinet, the opposition and other political parties are being influenced by donors is not interesting enough to follow-up on through investigations or parliamentary enquiries. The Muslim community in The Netherlands needs to be aware of the double standards used in the political center of the country. The investigation of the funding of mosques has less to do with foreign interference and more so with the desire to regulate Islamic institutions according to the secular and capitalist vision. Apparently, accountability is not required on corruption and influencing “democratic” political parties, but is being forced upon organizational bodies that differ ideologically from the status quo. Funding or no funding we as Muslims should never adapt our Islam as to please the West.