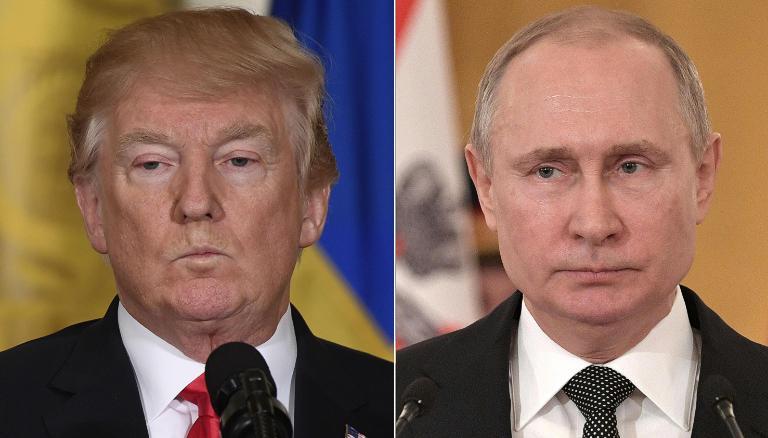 Worsening US-Russia relations are “similar, to a large extent, to what we lived during the Cold War,” said the United Nations Chief Antonio Guterres on the 29th of March, after the US announced that it was expelling 60 Russian diplomats. The expulsions were claimed to be in response to the poisoning in the UK of Sergei and Yulia Skripal on the 4th of March with a Russian military nerve agent called ‘novichok’, which the UK blamed on Russia. The Russian ambassador to the US, Anatoly Antonov, said that the claim of Russian involvement did not make sense: “He spent five years in Russian jail… Why we should make revenge?” Despite Russian denials, something significant must have happened, as many countries joined together against Russia.

The US, Canada, Australia and twenty-five European countries all responded last week with the expulsion of 150 Russian diplomats. The Russian Foreign Ministry called that a, “provocative gesture of solidarity with London by these countries,” and ordered equal numbers of expulsions of diplomats from these countries to be expelled from Russia.

Russian defectors have been poisoned previously in the UK. Alexander Litvinenko was poisoned in November 2006 with radioactive polonium and the then UK Prime Minister, David Cameron, condemned Putin for “state sponsored murder” after a report concluded in 2016 that the Russian FSB was responsible. However, no diplomats were expelled, so why should there now be such a big response from so many countries, and why did the US announced the biggest number of expulsions?

Putin won a new 6 year term as Russian President on the 18th of March, and while the UK ordered the expulsion of 23 Russian diplomats before the election, the coordinated expulsions by the US and other countries occurred 10 days after the election, indicating that Putin’s reelection is a critical issue. Just before the election, Putin boasted of new and advanced weapons that can bypass all current and future US defenses, and the Russian military announced on the 30th of March, that they had successfully performed the second test launch of a missile called Sarmat, which weighs 220 tons and can reach the US by flying over the South Pole. NATO calls that missile Satan 2!

Russia is also accused of aggressive cyber activities, which include interference in the US elections and naval operations aimed at threatening vital undersea communications cables.  Gen. Curtis Scaparrotti, commander of the U.S. European Command, told Congress, “We’ve seen activity in the Russian navy, and particularly undersea in their submarine activity, that we haven’t seen since the ’80s.”

The US issued a new Strategic Security and Defense Review in December, which warned that: “China and Russia challenge American power, influence, and interests, attempting to erode American security and prosperity”. After Putin’s election victory, Trump reportedly warned him, “if you want to have an arms race we can do that, but I’ll win,” while China’s President Xi said: “Currently, the China-Russia comprehensive strategic cooperative partnership is at the best level in history, which sets an example for building a new type of international relations.”

The US is fearful that despite Russia’s weak economy it is a ‘revisionist state’ state. The US Strategic Security and Defense Review states that: “Russia seeks to restore its great power status and establish spheres of influence near its borders. Russia aims to weaken U.S. influence in the world and divide us from our allies and partners. Russia views the North Atlantic Treaty Organization (NATO) and European Union (EU) as threats. Russia is investing in new military capabilities, including nuclear systems that remain the most significant existential threat to the United States, and in destabilizing cyber capabilities. ­ Through modernized forms of subversive tactics, Russia interferes in the domestic political affairs of countries around the world. The combination of Russian ambition and growing military capabilities creates an unstable frontier in Eurasia, where the risk of conflict due to Russian miscalculation is growing.”

The US fears the loss of its world advantage, and Russia’s development of weapons that threaten to make future US anti-missile systems ineffective. US policy has so far been dominated by economic issues and its policy toward Russia has appeared confused throughout Trump’s presidency, which has been troubled by doubts over Russian interference in the elections. However, Russia’s growing confidence and Putin’s empowerment for another 6 years appears to have provoked a coordinated reaction from the US and Europe that is the first visible sign of Western unity since Trump’s presidency began.