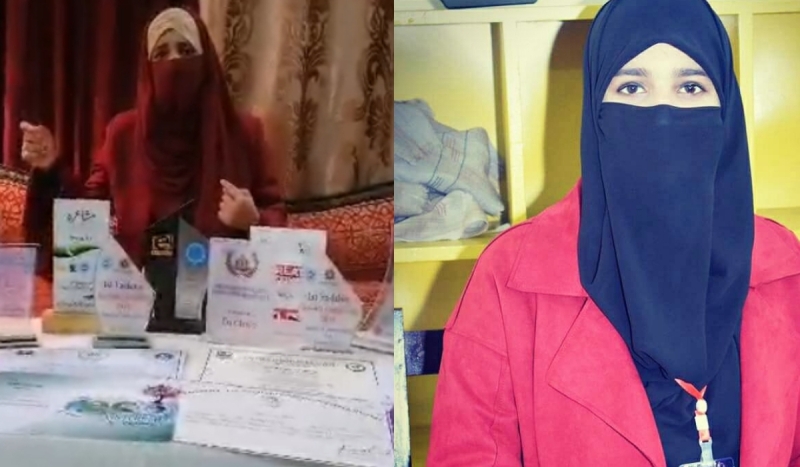 The idea of human rights has pervaded Muslim societies, becoming the basis of discussion about the rights and wrongs of human behavior.

A recent example of this is a prominent report of a problem which arose between a local Pakistani school and a Farwa Munir, a student of UMT. She claimed she was excused from a MUN gathering, after being invited, as a result of wearing the niqab. The reality of the incident is surrounded by controversy but what is clear is the reaction it invoked. Shareen Mizari, the Minister of Human Rights and a prominent female politician, raised her voice against the school. When tweeting about the issue, she focused on the situation from a human rights angle and argued that it was a violation of the “freedom of choice”.

This incident is an example of the trend which has emerged here; human rights has become the solution to the problems that we are facing today, and is being pushed to the forefront of discussions amongst the youth. They are being pushed, through their education and extra-curricular activities, to view all their choices from the angle of the Western idea of Human rights, which is presented as a universal ideal. Students debate and discuss the following:

– Is the refusal to accept the belief of others a violation of human rights?

– Is the condemnation of the transgender a violation of their human rights?

– Should the United Nations be taking a stronger stance in encouraging member states to implement human rights in their domestic and international dealings?

On the surface, it doesn’t seem to be a problem. Humans have rights, why should we as Muslims be concerned by it and see it as a problem? But as with all the discussions today, the problem is much deeper than a surface glance will reveal.  We are actually in the midst of an intellectual struggle for the future of mankind; across the globe, humanity is facing a range of problems and it is important for us to engage in an intellectual debate to ensure we adopt the ideas which will actually solve our problems and bring justice to our societies.

Is Human rights a valid idea to act as a solution for our problems?  Will its adoption and implementation bring justice to human societies?

Human rights, as it is propagated today, is strictly a product of Western thinking, and it is in its nature secular, (that is a separation of religion from our actions).  By adopting it, we are adopting a secular basis for our actions and our thinking.

To fully understand Human rights, which has been enshrined in the international system through international organizations like the United Nations, we need to look at the history of Western civilization.

The ideas and concepts which are prominent today are linked to the rise of secularization in the West. This meant that the ideas surrounding human rights did not find their basis in religion; instead, they were linked to the Greek ideas of ration and reason.

As Grotius and other theorists ‘reasoned’, if we were human, we were entitled to the rights of ‘life, liberty and property’ and that these rights were given to us because our human nature led us to seek them. They were intrinsic to our existence.

The issue is that this reasoning has been concocted in the minds of man; it is applied by man and its relevance is decided by man. This has created a situation where there can be constant debate over the nature and implementation of human rights, and even when apparently universally accepted, the implementation can fall far short of the theory when other factors are taken into consideration.

One area where human rights can fall short in application is in the debate regarding the rights of the ‘majority’ versus the ‘minority’. A debate which is extremely subjective and context driven.

“All human beings are born free and equal in dignity and rights. They are endowed with reason and conscience and should act towards one another in a spirit of brotherhood.”

This UN definition of human rights is taken as a basis for all decisions today. It sounds perfectly reasonable and inclusive. However, let’s take a look at the reality of its implementation.

The UN definition, as with all Western legal issues, is open to interpretation and ignored when it suits the state’s interests. This is something that is accepted across the ‘international community’.

With the rise of the understanding that morality and justice were sidelined for state interests, whether explicitly or implicitly, the international community tried to curb protests by justifying their actions through moral arguments. The Right to Protect (R2P) doctrine can be seen as the latest attempt to justify war and death. According to the Guardian, the rule was drawn up in response to the genocides in Rwanda and Bosnia and it has been seen as a way of dealing with conflicts where civilians under attack. The Sydney Morning Herald discusses this rule in context of the Saudi invasion of Yemen; an invasion which was justified as a need to ‘protect the people of Yemen and defend its legitimate government’. Saudi Arabia carried out air strikes which, according to the Human Rights Watch, are in apparent violation of the international humanitarian law. And Yemen is now seen as the worst humanitarian today. So who exactly were the Saudi invasions protecting?

The problem is that there is a clear distinction. Morality is not the basis for action; it is clearly a tool to justify actions which would otherwise cause much unrest.

The result is a continued negligence of human rights and a lack of justice for people across the world.

The Jewish entity is a known human rights violator in its dealings in Palestine. In February 2018, the Knesset, the Jewish entity’s parliament, passed the Regularization Law, which allows the Jewish entity to retroactively expropriate private Palestinian land on which settlements have been built, though the High Court of Justice issued an injunction freezing its implementation in August.

In that same year, Human Rights Watch reported that the Jewish entity had continued to maintain its decade-long effective closure of Gaza, exacerbated by Egypt’s keeping its own border with Gaza largely sealed, and to impose restrictions that limit supply of electricity and water, restrict access to medical care and educational and economic opportunity, and perpetuate poverty. The result is that approximately 70 percent of Gaza’s 1.9 million people rely on humanitarian assistance.

This situation has been an ongoing problem since the creation of this entity in 1947 and while there have been ongoing ‘discussions’ of its legality on a human rights basis, no overt action has been taken to stop it. This lack of justice isn’t simply linked to violence. The Western countries argue that every person is to be given a set of rights as citizens in their communities but once again these rights are voided when there is a clash between protection of citizens’ rights and states interests.

A prominent example is the violation of religious rights by France. According to Article 18 of the UN Declaration of Human Rights, religious differences must be accepted. And the International Covenant on Civil and Political Rights of 1966 prohibits religious discrimination and inciting hatred due to religion. A prominent example is the Niqab ban in France in which women were prosecuted, convicted and fined in 2012 for wearing the niqab. This was justified under the law which stipulated that “no one may, in a public space, wear any article of clothing intended to conceal the face”. According to the UN Committee, the law showed the issue between balancing the public interests and individual rights.

The irony is that the UN, which supposedly sets the standard for human rights,  acknowledges the fact that human right are sidelined when needed when they said that there is a need to “secure their [Human right’s] universal and effective recognition and observance, both among the peoples of Member States themselves and among the peoples of territories under their jurisdiction.”

So, how can we be expected to accept them? If we are looking for protection from injustice, can we really trust a system which allows our rights to be approached in such a subjective manner?

It is important to understand that the subjectivity that exists in the Western system, the adoption of law based on ‘reason’, doesn’t exist in Islam. The rights of the people in Islam aren’t inviolable under any circumstance.

Allah’s laws are applied and they grant everyone rights; these rights aren’t changed, they are forever and in every circumstance. An example of this is the fact that torture is forbidden and no amount of national interest or justification will change this; arguments regarding the need to elicit information to prevent further terror attacks cannot be used to justify the use of something which is seen as immoral and unjust. The Prophet ﷺ said, «إِنَّ اللَّهَ يُعَذِّبُ الَّذِينَ يُعَذِّبُونَ فِي الدُّنْيَا» “Verily, Allah will torture those who torture people in this world.” (Reported by Muslim)

Allah has given us a system in which the rights of all humans are respected regardless of matter their race, gender, ethnicity or religion with the Khilafah state ensuring that those rights are implemented and secured, at all times.