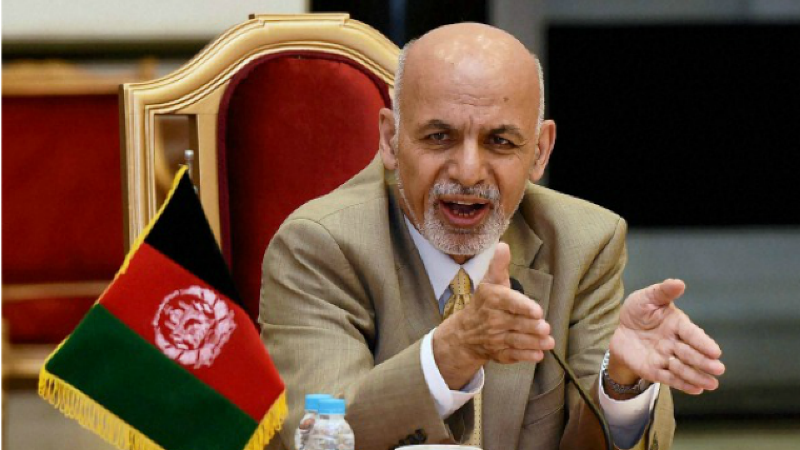 Following the conclusion of the fourth round of talks between the US and the Taliban, Afghanistan’s president Ashraf Ghani, said in an address to the nation, “We insist that the peace process must not be hasty because we have the experience of Dr. Najibullah’s peace process[1], how he was cheated, the United Nations had given him the peace guarantee, but unfortunately it led to tragedy.” A few days later, addressing to the Afghan security forces, he said: “Your president is neither Shah Shujah[2] nor Amir Yaqub Khan[3] and won’t surrender to anyone nor will sign the Treaty of Gandamak.” He added that a burnt child dreads the fire, but we are neither afraid of getting burnt nor the fire itself because we have got wisdom so we keep proceeding with extreme caution and take steps that are meant to secure the country’s dignity.

The contemporary history of mankind has unequivocally proven that the master honors a dignified puppet as compared to a humiliated one. Though, Ashraf Ghani overtook to be the utmost disgraced puppet among those of his type. It requires one to get into an in-depth details in order to understand the whole reasons, but here, I am referring to some slight measures which Ashraf Ghani has taken in order to serve the US over the course of his incumbency. But scornfully, the Americans not only disregarded him, but they did also consider him as a dysfunctional spare-part in large processes: isolated and unauthoritative!

In regard to what were said above, Ashraf Ghani is speaking the honest words that he is neither afraid of getting burnt nor the fire because he is one of the traitors. Because it is the Afghan people who are paying the price and the cost of getting burnt and the fire, not him. But when he says that, “We have got wisdom and keep proceeding with extreme caution and take steps that are meant to secure the country’s dignity”, he tells a whopping lie. In fact, he has not used his wisdom to secure the interests of the Afghan people, but his Masters. None of the aforementioned matters truthfully secures the dignity of the Afghan people. Instead, all of his efforts have been made to securing the aims of the US occupation and other Western colonials.

Ashraf Ghani spoke of Dr. Najibullah’s experience who was led to execution after relying completely on the UN. Ghani’s fate, following a lifetime of service to the US occupation, will definitely lead to similar humiliation and dishonor because any ruler who puts his faith in elsewhere other than Allah (swt) and seeks assistance from them will likely face such a disgraceful fate and will shortly be refused by his Master after his political life expires.

Ashraf Ghani has caused excessively eviler acts against the people of Afghanistan as compared to Dr. Najibullah, Shah Shujah and Yaqub Khan. Therefore, he has untied relationship with the Muslim people of Afghanistan. His relationship with Allah (swt) had already been cut off, and as for now, the US is likely to untie relationship with him. Consequently, the US and the Taliban, in the rounds of talks, have completely disassociate him in person as well as his government, so he has no choice other than bubbling through giving emotional speeches in different occasions.

Hence, regard it as a lesson-learned; this is the fate of a puppet who serves for the occupation and colonialism!

“How many were the gardens and springs they left behind (25), and corn-fields and noble buildings (26), and wealth (and conveniences of life), wherein they had taken such delight! (27), Thus (was their end)! And WE made other people inherit (those things)! (28), and neither heaven nor earth shed a tear over them: nor were they given a respite (again) (29).”

[2] Shah Shujah, signed the Treaty of Lahore in 1838 with Ranjit Singh and the then Britain. In 1839, Shah Shujah, backed by the Britain, rushed to Kandahar and declared his kingdom.

[3] The “Treaty of Gandamak” was signed between Amir Mohammad Yaqub Khan and Louis Cavagnari, the British political envoy, on May 26, 1879 which eventually led to the signing of the “Kabul Convention” or the so-called Durand Line Agreement in 1893 between Amir Abdul Rahman Khan and Henry Mortimer Durand.