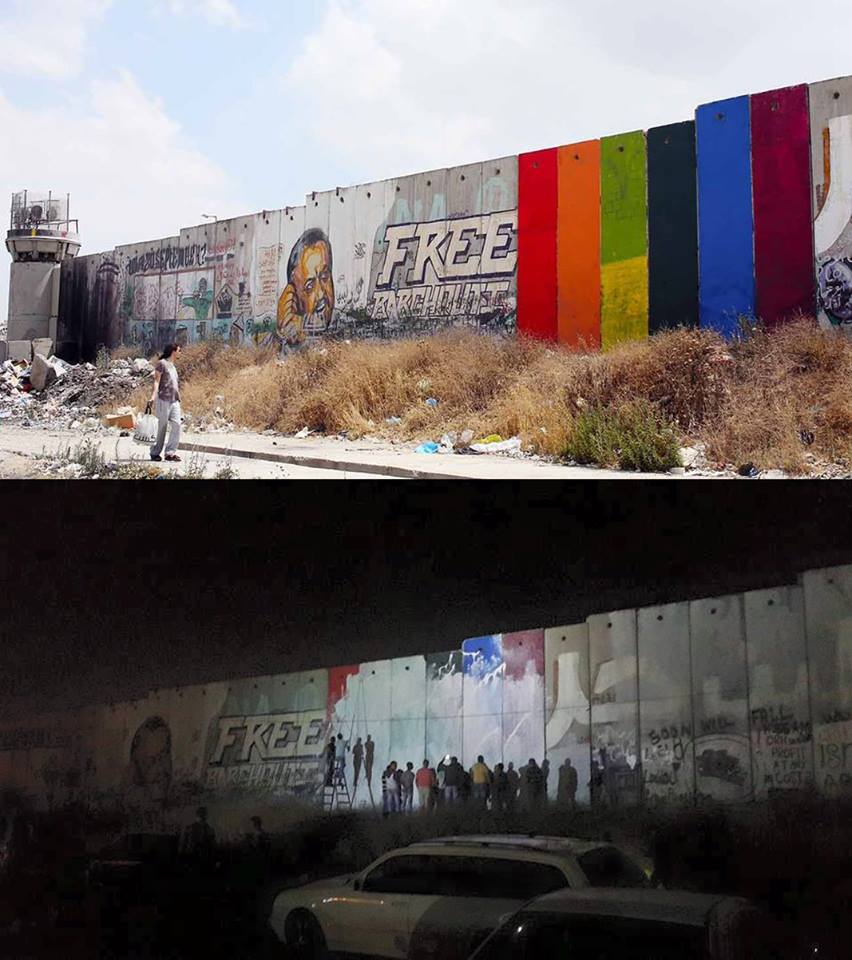 This month, the Palestinian Authority banned any events from taking in Palestine held by the Qaws group supporting LBGT and included a push for people to inform the PA police of any gatherings or such individuals with a protection of anonymity. [Ramallah News]

A [Palestinian Authority] police spokesman, Col. Louai Irzeiqat, described activities organized by the LGNT rights group, Al Qaws, as “a blow to, and violation of, the ideals and values of Palestinian society.”

An advertisement by Al Qaws for an overnight camp at the end of this month said it would provide space for 18-to-24-year-olds exploring sexual and gender pluralism and was open to people “from all over Palestine,” including Israel, without indicating where it would take place. [New York Times]

Comment:
As the saying goes bad publicity is good publicity. As the fierce discussion surrounding the Palestinian Authority’s outlaw on the LGBT group Al Qaws in Palestine and the secret informing of those individuals and supporters in order to protect the “Palestinian culture and values” is picking up pace particularly in this month of August even though claims it (Al Qaws) has existed since 2001. International attention from foreign newspapers cover this topic and several Arab news agencies are following and updating this announcement with some stints in TV news coverage.

The majority of these agencies are outraged not at the movement for the LBGT group but at the public statement released by the PA banning any activities by Al Qaws, pointing out the limitations and attacks of their LBGT rights to live according to their styles in promotion of their human rights. Pushing the discussion towards that in modern day Palestine this type of lifestyle should be accepted and dare we say protected!

For the PA to put forth a public statement knowing full well that this will highlight the LBGT group and cause more people in Palestine to know of them and their activities is action in the opposite direction of they are declaring. To have the news agencies show the Al Qaws group in a sympathetic and oppressed light in order to be able to pull at the strings of liberal freedoms and protection is exactly what is being pushed. This is because the PA cannot suddenly and immediately recognize these fassiqeen (transgressors) and their practices without suffering from a public uproar, especially from international agencies. So statements and crackdowns need to be the prelude to slowly normalizing the society of the Islamically conservative people of Palestine into accepting the pressures of the international community’s calls for reform to the society of Palestine where it openly accepts all kinds of liberal open values foreign to the Islamic culture and ideals in the blessed land of Palestine. The PA needs to make a bold interjection in order to “comply with public pressure” from human rights groups and NGO’s and that may come in the form of tying monetary aid as a pressure point. Whereas the people will be imposed with laws that are more devious implemented upon them. One example can be drawn from the former law banning sale of land to the Jews and severe punishment of selling any land of Palestine to the Jews; it was considered an act of treason and harshly punished and the major stigma faced by society not only by the individual but the whole family…. However today the PA no longer considers the “Israelis” as enemies but as neighbors and thus selling the precious lands of Palestine is not legally punished but the stigma still remains and the PA tries not to come head to head with such people and incidents to avoid being portrayed as a sellout agent (that it is).

So with such uproar comes the slow imposition of the LBGT “community” into the Blessed Land of Palestine adding more vice and haram to the Muslim lands especially at its heart. We see the media blackouts or slanderous coverage of more active beneficial i.e. regime exposing practices and policies events throughout the lands especially when it comes to media blackouts on protests, conferences, and websites because they reject the current status quo. This is fully understood by the regimes that is why media is used as a soft power to control and placate the masses on certain issues that threaten the existence of the current regimes. Yet with the evils like homosexuality, it is thrust into the public for all to read and inquire about…. Their websites are not shut down as with many other Islamic websites and the Hizb ut Tahrir social media pages and official websites. With public outrage comes curiosity, comes taboos slowly being shed… comes tolerance and then finally recognition and acceptance. Then it may not farfetched to have education curricula include such topics as we see in Western countries who include such topics of sexuality at such a young age being forced to attend and learn of such lewd topics. Adverts are already being circulated for secret gatherings and overnight trips to discuss and propagate their sinful acts. Indeed it is a sign of the times when who holds on their Iman is like holding onto a hot coal.