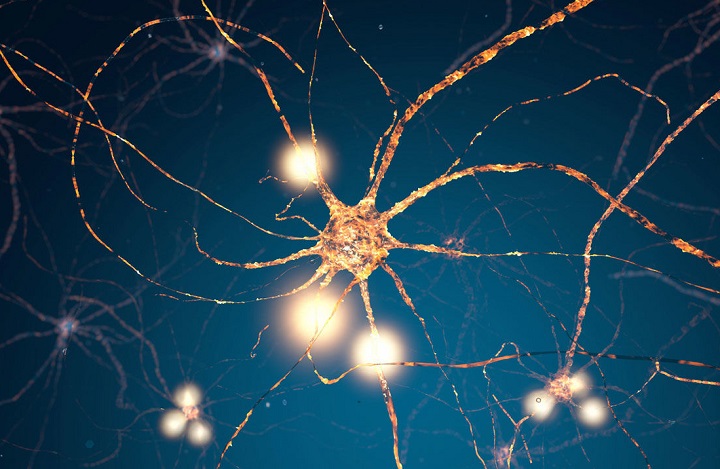 Cognitive Dissonance is the human psychological situation that occurs when the mind acknowledges two opposing opinions that cause one to feel uncomfortable. To resolve the negative feeling one makes an invalid justification for the dilemma, and allow the two opposing ideas to both hold space as convictions.

Examples of cognitive dissonance can be found in abusive relationships. An individual may clearly understand that being violent or verbally rude is a negative behavior. However if it comes from someone they know love and trust, they may reason that its happening due to misplaced love and deep concern. As a result, they will tolerate a situation that would otherwise be deemed intolerable. They may even contradict themselves by giving a friend advice to leave an abusive relationship, but still maintain in their own.

False equivalence is a narrative where two very different issues are deemed to have the same level of value and are compared on equal terms when in actual fact they deserve separate treatment. The forced link between the two concepts often ends up belittling a side of the discussion and is used as manipulative leverage to have an unfair advantage in an argument.

An example of this may be that an ecologist sees nuclear material as being very bad for the environment and they may campaign for all nuclear based materials to be banned from circulation, including radioactive treatments in hospitals that help cancer patients. This heavy handed “painting everything with the same brush” approach is intellectually flawed. The thinking process fails to recognize that chemotherapy saves many thousands of lives and that disposed of properly, medical establishments should be allowed to benefit from this valuable resource.

These aforementioned ideas are often used by media outlets to manipulate public opinion and create bias in news representation. The reporting of the occupation of Palestine is a classic case in point.

The idea that a person can forcibly take something that is not theirs is universally termed as an illegal act of theft.

The idea to justify the superiority of a person based purely on DNA profiling is universally recognized as racism.

The notion of affording human rights differently based on ethnic, economic or geographical factors is universally understood to be an act of injustice.

Killing, arresting, kidnapping, and torturing children is universally understood to be a crime of the highest denomination.

Failing to act within the limits of international law is understood to be an act of war and terrorism.
However all of the above are linguistically justified by in the use of language that brainwashes people into accepting the unacceptable by alluding to justifications.

An MIT study analysed 33,000 New York Times’ articles during the First and Second Intifadas to show how Orientalist bias against Palestinians was very clear in US news coverage.

A recent current example can be seen in the dialogue of how the Zionist settlers attacked Palestinian’s living in Sheikh Jarrah and forcibly remove them from their homes and ancestral lands.

The words like “eviction” were used to describe the event that neutralized the idea that homes were actually being stolen and people were forcibly made homeless. The cognitive dissonance parallel of extreme violence used on unarmed people became justified. The idea that “They are on Israel land and are being removed justly” solves the problem that the aggression looks very oppressive in the media.

The contravention of the UN laws on the right to worship have been consistently violated, the latest case.
The viral posts that showed the truth that the zionist settlers explained openly that “if they did not take the house, someone else would” allowed for people to see beyond the twisted media narrative.

During the May 2021 attack on Palestinians whilst they worshipped in Al Aqsa Mosque, the incident was reported in a manner that undermined the fact that this was a war crime in international law. TRT World News reported that terms like “clashes”, ‘Israeli’ bombardment of Gaza and euphemisms like “conflict” and “flare-up” were used. In cognitive dissonance terms this allowed one to interpret that this obvious massive imbalance of force was somehow a “response” to some unknown act of violence on the part of the innocent worshippers.

TRT’s report quotes the following in its article dated 27th May 2021: “Editorial standards have been passed by outlets like Deutsche Welle that censor journalists from using terms like “colonialism” or “apartheid” when reporting on the Israeli government’s crimes. There have also been reports of journalists pulled from covering Gaza because they called for newsrooms to “include historical and social context, reporters with knowledge of the region, and, crucially, Palestinians’ voices.””

The above quote shows how language is actively monitored to manipulate public opinion in support of Zionism and that consistency of messaging is desired so no alternative appreciation for Palestinians exists.

A new study shows how Palestinians were 1.5 times more likely to be referenced using violent language than ‘Israelis’ and twice as more frequently spoken about in a passive voice in the newspapers’ coverage of the First and Second Palestinian Intifadas. (Mark Lennihan / AP)

Misleading headlines in news is leveraged to make impact in bias against Muslims even if people do not read the details in the main body of the text. This is discussed in more detail in the article ‘The New York Times Distorts the Palestinian Struggle’ by Holly M Jackson at the Massachusetts Institute of Technology (MIT). The Jackson study showed statistically that even though ‘Israeli’ violence far exceeded Palestinian violence. Two linguistic features were an objective to study in the reporting styles. The first was to identify whether actions by ‘Israeli’ and Palestinian groups were being described in the active and passive voice. The second was to classify the objectivity and tone of language used.

The content analysis conducted across 16,000 articles during the First Intifada (Dec 1987 – Sep 1993) threw up some revealing results.

• About 12 percent of all references to Palestinians used violent language, as opposed to 5.9 percent for ‘Israelis’.

“The use of passive voice de-emphasizes or hides those perpetrating such negative action on Palestinians; this has the rhetorical effect of minimizing the responsibility of Israeli aggressors in causing Palestinian suffering,”

Academic studies have proven that cognitive dissonance is designed by the use of language affecting how we interpret the truth.

False equivalence of Jews needing a safe place after World War 2 makes the idea that stealing and occupying someone’s land and then arranging a peace deal with the criminal as acceptable. Zionist sympathizers who would reject this idea in any other local or international conflict. As was the case when Iraq invaded Kuwait, or in the Falklands War between Argentina and the UK. The use of religion by Zionists and their supporters to justify making millions of people homeless in their own lands is not considered extremist or fanatical, but it is compared to “respecting one’s right to worship and have authentic agency”. Forcing millions of Gaza’s population to live like animals as second class citizens, blocked by an illegal wall is falsely compared to the right to protect a nation against terrorists. Warning families before their entire neighborhood is bombed is compared to an act of respecting “human rights”.

Allah (swt) does not recognize any possibility of truth or justice from people who carry an insincere agenda against Islam and Muslims. And by the same token Allah (swt) in the Quran recognizes that we as an Ummah cannot label things wrongly. We should be truthful and just in all matters.

“Allah forbids you not, with regard to those who fight you not for (your) Faith nor drive you out of your homes, from dealing kindly and justly with them: for Allah loveth those who are just.” [TMQ 60:8]

This allows us to distinguish between Zionist and Jews, who may be in opposition to each other.

This is indeed an example of how important the assessment of matters should be led by facts and consistent laws from Allah (swt). We cannot be allowed to be manipulated into hate for political agenda or fighting for the sake of nationalism or leaders who represent Haram ideas.

Cognitive dissonance and false equivalence are all political tools to lead this Ummah astray and create weakness for the return of the authority for Islam in the form of the Khilafah (Caliphate).

If we as Muslims are aware of these tricks and distractions, we can be more focused in the correct response to work in the manner of the Prophet (saw) for the just ruling system to liberate the world from the great harm of manmade laws.