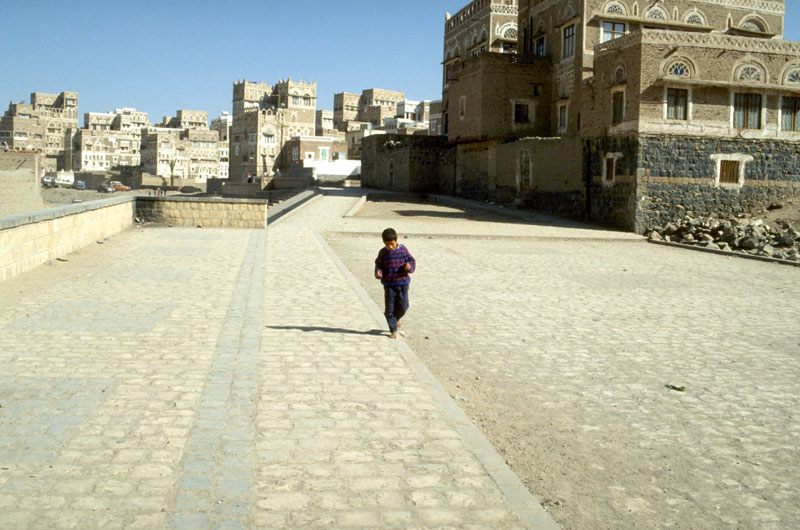 It is Islam, its culture, history and heritage that are the common uniting factors that bond Muslims across the Muslim world, whether Sunni or Shia, while the Western-imposed secular system has exploited differences for political aims. The Islamic beliefs that unite them are much greater than certain theological differences that exist between the various schools of thought. They both agree on the fundamental tenets of Islam and that the Qur’an and Sunnah are the principle sources of Islamic law. Allah (swt) says, يَا أَيُّهَا الَّذِينَ آمَنُواْ أَطِيعُواْ اللّهَ وَأَطِيعُواْ الرَّسُولَ وَأُوْلِي الأَمْرِ مِنكُمْ فَإِن تَنَازَعْتُمْ فِي شَيْءٍ فَرُدُّوهُ إِلَى اللّهِ وَالرَّسُولِ إِن كُنتُمْ تُؤْمِنُونَ بِاللّهِ وَالْيَوْمِ الآخِرِ ذَلِكَ خَيْرٌ وَأَحْسَنُ تَأْوِيلاً “O you who believe! Obey Allah and obey the Messenger and those in authority among you. And if you disagree over anything, refer it to Allah and the Messenger, if you believe in Allah and the Last Day. That is the best (way) and best in result.” [An-Nisa: 59]

It is only Islam and Islamic rule that has a proven track record of destroying sectarianism and tribalism and of uniting people of different backgrounds, ethnicity and beliefs into one Ummah and one state. Before Islam, the tribes of Aws and Khazraj fought many wars against each other, yet when they accepted Islam, they became brothers and together were known as the Ansar. Allah (swt) says,وَأَلَّفَ بَيْنَ قُلُوبِهِمْ لَوْ أَنفَقْتَ مَا فِي الأَرْضِ جَمِيعاً مَّا أَلَّفَتْ بَيْنَ قُلُوبِهِمْ وَلَـكِنَّ اللّهَ أَلَّفَ بَيْنَهُمْ إِنَّهُ عَزِيزٌ حَكِيمٌ “And He has united their hearts (the believers). Had you spent all that is in the earth, you could not have united their hearts, but Allah united them. Indeed He is All-Mighty, All-Wise.” [Al-Anfal: 63]

The Sunni and Shia Muslims in Yemen, Iraq and elsewhere lived side by side in peace in the same neighbourhoods for centuries under the Islamic rule of the Khilafah. They intermarried, prayed in the same mosques and fought together against enemies of the state.

The Khilafah is not a Sunni or Shia state or one based on any Madhab (school of thought). Rather, it is a political system built upon Islam which is for all Muslims and all human beings, regardless of belief, ethnicity or nationality.

In contrast to the non-Islamic regimes and systems in the Muslim lands today that exploit differences between the people for political aims, the Khilafah views political unity between all its citizens as vital. Its domestic policies reflect a unique methodology in moulding different people into one harmonious society that respects religious differences. They are united together in the Khilafah on the basis of citizenship, and the rights, roles and responsibilities this embodies. The Khilafah will also uproot any colonial interference in the Muslim lands, including the use of sectarianism to divide the Ummah.

All citizens of the Khilafah enjoy the same rights of citizenship – in politics, economics, education, healthcare and other fields of life – regardless of their creed, ethnicity, race or anything else. This is because Islam prohibits discrimination between people in the provision of citizenship rights. The Prophet ﷺ said, «ثُمَّ ادْعُهُمْ إِلَى التَّحَوُّلِ مِنْ دَارِهِمْ إِلَى دَارِ الْمُهَاجِرِينَ، وَأَخْبِرْهُمْ أَنَّهُمْ إِنْ فَعَلُوا ذَلِكَ فَلَهُمْ مَا لِلْمُهَاجِرِينَ وَعَلَيْهِمْ مَا عَلَى الْمُهَاجِرِينَ» “Then invite them to migrate from their lands to the land of Emigrants (Muhajirin) and inform them that, if they do so, they shall have all the privileges and obligations of the Emigrants.”

“All citizens of the Islamic State are entitled to enjoy the Shariah rights and duties.” (Article 5 – Draft Constitution for the Khilafah of Hizb ut Tahrir)

The Khilafah’s political system is not based on representation along specific ethnic, racial, or sectarian lines which can fuel division, hostility and competition between different sectors of society for resources and power. Rather the Khalifah (the leader of the state) is obliged Islamically to be a guardian over the needs and interests of all his citizens regardless of their creed, ethnicity or background. This includes ensuring every citizen of the state – Sunni or Shia, Muslim or non-Muslim – has their basic needs of food, clothing, shelter, education and shelter fulfilled, and a dignified standard of life as well as guaranteeing the protection of their blood, belief, honour, and property.

“All citizens of the State shall be treated equally regardless of religion, race, colour or any other matter. The State is forbidden to discriminate among its citizens in all matters, be it ruling or judicial, or caring of affairs.” (Article 6 – Draft Constitution for the Khilafah of Hizb ut Tahrir)

Those elected to be part of the Majlis-al-Ummah which is a consultative body which accounts the Khalifah regarding his duties towards the people and represent the interests of all in their community rather than specific groups of people within the society.

The Khilafah will not adopt legislation covering belief or Ibadaat (personal worship) issues in Islam unless they have a societal impact such as Zakat, leaving Muslims to follow in these areas whichever school of thought they view as strongest. This is because adopting on such matters can cause hardship and resentment amongst those Muslims with differences of opinion on these issues, which the Islamic system seeks to prevent. Rather the Khilafah will only adopt on those issues required for political unity and the effective running of the affairs of the state. Furthermore, the Khalifah may adopt from any school of thought for the state’s affairs, whether Sunni or Shia, based upon what he views as the strongest opinion in Islam.

“The Khaleefah does not adopt divine rules pertaining to worship, i.e. ibadaat, except in connection with alms (zakaah) and war (jihaad). Also, he does not adopt any of the thoughts connected with the Islamic ‘Aqeedah.” (Article 4 – Draft Constitution for the Khilafah of Hizb ut Tahrir)

The Education System of the Khilafah will promote the correct Islamic values and understanding. It will strive to build a strong bond of Muslim brotherhood between the Muslim students to heal and prevent any rifts between the hearts of the believers, including striving to eradicate any concepts such as sectarianism, nationalism and tribalism that cause division. It will also seek to build amongst its students, a strong sense of care and responsibility towards others, and their rights, needs and interests, which will ensure a unified harmonious society.

The Khilafah’s Judicial and Penal Systems will deal harshly with those who seek to spread sectarianism or divide the Muslims or society in any way. The state will have a zero-tolerance approach to any form of sectarian division or violence.