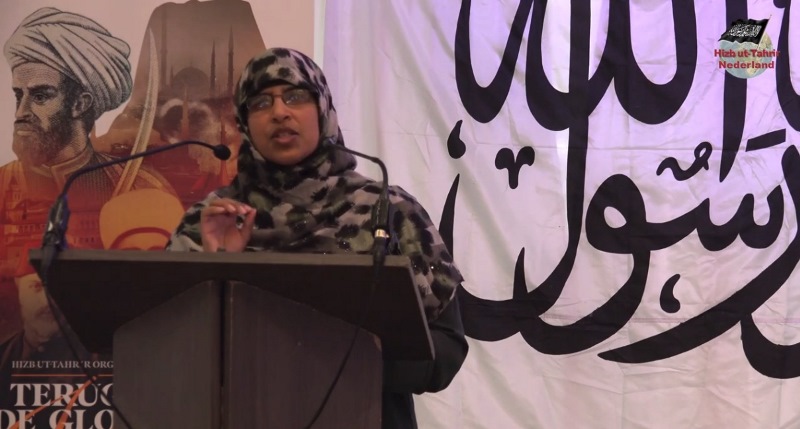 Islam views the seeking of Islamic knowledge as compulsory on both women and men.

The Prophet ﷺ said,«طَلَبُ الْعِلْمِ فَرِيضَةٌ عَلَى كُلِّ مُسْلِمٍ»  “The seeking of knowledge is an obligation on every Muslim.” [Ibn Majah]

The Prophet ﷺ’s high regard of the importance of female education is reflected in the scholarship of many of his wives, the Sahabiyyat (female companions of the Prophet ﷺ), and other women during his rule of Madinah.

The Messenger ﷺ’s wife Aisha (ra) earned the title of ‘Faqihat ul Ummah’ (jurist of the Ummah) due to her knowledge of hadith and expertise in Islamic jurisprudence. She narrated over 2200 ahadith from the Prophet ﷺ. Aisha (ra) was also a great scholar of medicine, literature and poetry.

The Messenger ﷺ would teach both men and women about Islam in the mosque and other public assemblies. He also set aside a separate day each week to specifically educate women about their Deen. The Prophet ﷺ also placed importance on female literacy, reflected in his instruction to Shifa bint Abdullah to teach his wife Hafsa how to write.

Abu Sa‘id al-Khudri (ra) reports that some women said to the Prophet ﷺ, قَالَتِ النِّسَاءُ لِلنَّبِيِّ صلى الله عليه وسلم غَلَبَنَا عَلَيْكَ الرِّجَالُ، فَاجْعَلْ لَنَا يَوْمًا مِنْ نَفْسِكَ‏.‏ «فَوَعَدَهُنَّ يَوْمًا لَقِيَهُنَّ فِيهِ، فَوَعَظَهُنَّ وَأَمَرَهُنَّ» “men have gone ahead of us (in terms of acquisition of knowledge). Therefore, appoint a special day for our benefit as well.” The Prophet ﷺ fixed one day for them. He ﷺ would meet them on that day, advise them and educate them about the Commandments of Allah (swt). [Al-Bukhari]

Islam also encourages men and women to study the world around them and bring benefit to humanity in all fields – including science, medicine, industry and technology.

It is Islam’s high regard for the pursuit of Islamic and other forms of knowledge that lays the foundation for the Khilafah’s appreciation of the importance of female education.

The Khilafah (Caliphate) views education as a basic right of every individual as well as pivotal to the social wellbeing and material progress of any society. It is obliged to provide free education at primary and secondary levels to both boys and girls. This would include subjects such as the Islamic disciplines, Arabic, mathematics, and the experimental sciences such as biology, chemistry and physics. The state will also strive to fund free higher-level education for men and women to the best of its ability.

“It is an obligation upon the State to teach every individual, male or female, those things which are necessary for the mainstream of life. This should be obligatory and provided freely in the primary and secondary levels of education.” (Article 178, Hizb ut Tahrir’s Draft Constitution of Al-Khilafah)

The teaching of male and female students in both state and private schools will be separate.

Under the Khilafah, boys and girls, men and women have the same educational rights. Any discrimination between the genders or any of its citizens in access to a good education is prohibited. Furthermore, women as with men need to gain the required Islamic knowledge related to political, economic, and social life as well as other matters in order that they can fulfil their Islamic obligations, engage in various societal activities and actions that Islam allows them, and abide by the Islamic rulings as Muslims and as citizens of the state. The Khilafah is therefore obliged to organise its education system to provide girls and women with such knowledge and will also strive to remove any traditional attitudes or cultural barriers that devalue female education or prevent girls from pursuing their educational rights.

“Women have the same rights and obligations as men, except for those specified by the Shari’ah evidences to be for him or her. Thus, she has the right to practice in trading, agriculture, and industry; to partake in contracts and transactions; to possess all form of property; to invest her wealth whether personally or through proxy, and to personally carry out all worldly affairs.” (Article 114, Hizb ut Tahrir’s Draft Constitution of Al-Khilafah)

The state’s endeavour to become a leading world power in science, medicine, technology, industry and other fields as obliged by Islam will drive it to seek excellence in education. It will therefore encourage women to enter higher studies and facilitate them in specializing in various fields, including the Islamic disciplines, medicine, science, languages and engineering. All this will secure the educational aspirations of girls and women.

It is obligatory upon the Khilafah to provide the best education and medical services possible to its citizens, as Allah (swt) has described it as the ‘Guardian’ and ‘Care-taker’ of the people. It is therefore necessary to have an abundance of women doctors, nurses and teachers to fulfil these roles.

It was this atmosphere of learning and study spurned on by the implementation of the Islamic system that ensured that women’s education flourished under the Khilafah of the past as it will do again in the future Khilafah Insha Allah.

“Mohammed Akram (an Indian modern day Islamic scholar) embarked eight years ago on a single-volume biographical dictionary of female hadith scholars, a project that took him trawling through biographical dictionaries, classical texts, madrasa chronicles and letters for relevant citations. ‘I thought I’d find maybe 20 or 30 women,’ he says. To date, he has found 8,000 of them, dating back 1,400 years, and his dictionary now fills 40 volumes….” (Extract from “A Secret History” by Carla Power published in New York Times Magazine, February 25th, 2007)

Examples of women who excelled in various fields of study under the Khilafah:

Lubna of Andalus (10th century CE) – Poetess who excelled in grammar, rhetoric, mathematics and calligraphy. She was one of the chief scribes of the state and was entrusted with official correspondence.

Fakhr al-Nisa Umm Muhammad Shuhdah (12th century CE) – Specialist in Calligraphy. She wrote for the Khalifah al-Muqtafi. It was said that at her time there was no-one in Baghdad who could match the excellence of her writing.

Labana of Cordoba (10th century CE) – Expert in mathematics and literature. Was able to solve the most complex geometrical and algebraic problems. Her vast knowledge of general literature obtained her employment as a secretary to the Khalifah, al-Hakem II.

Maeriam “al-Astrolabiya” Al-Ijilya (10th century CE) – Scientist, inventor, astronomer and designer of astrolabes used to determine the position of the sun and planets. Her designs were so innovative that she was employed by the ruler of the city in which she lived.

Zaynab from the Banu Awd tribe (10th century CE) – Expert in medicine, especially in the treatment of wounds and eye complaints.