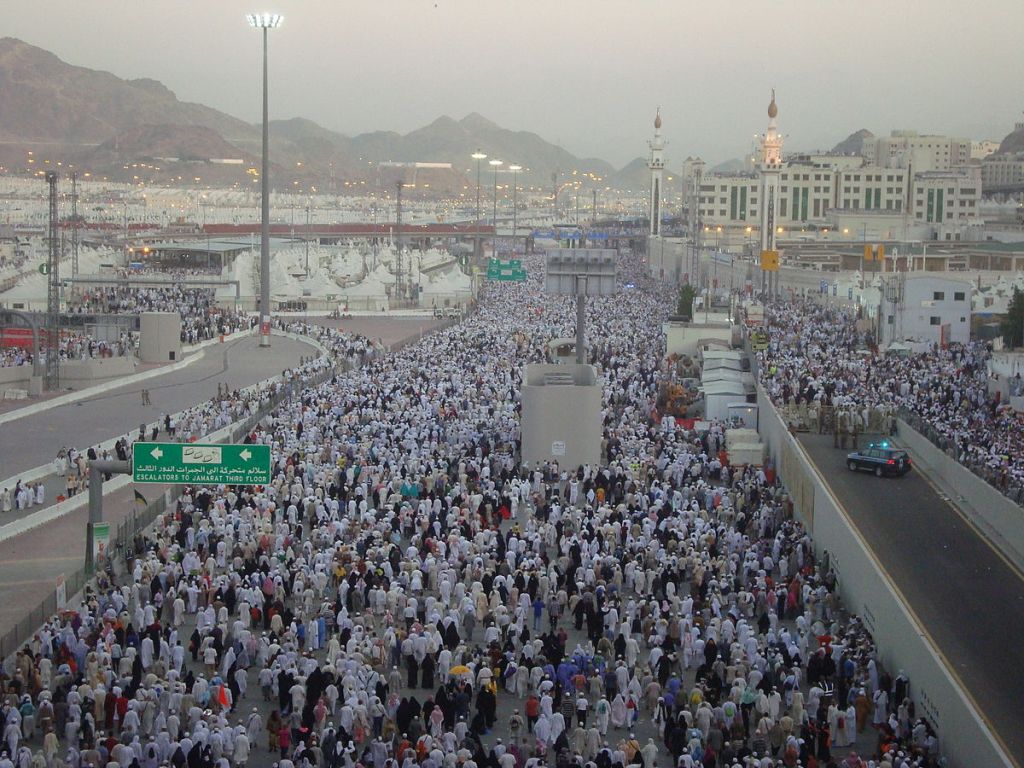 Islam is the only ideology capable of eradicating racism. To understand how, we first need to define what racism is and recognize what lies at its basis.

Racism according to The New Oxford American Dictionary is explained with the following two definitions:

1- Prejudice, discrimination, or antagonism directed against someone of a different race based on the belief that one’s own race is superior.

2- The belief that all members of each race possess characteristics or abilities specific to that race, especially so as to distinguish it as inferior or superior to another race or races.

Connected to racism are the superficial bonds between people based upon tribalism, patriotism and nationalism. They are bonds based on family, clan or tribal ties. All three bonds are based upon shallow ideas, which in essence are divisive and promote segregation.

Nationalism is born when the predominant thought is to achieve domination. It started within the family unit, where one member achieved leadership in the affairs of the family. Once this was achieved, the individual extended his leadership to the wider family. Later this leadership was achieved within the community, which eventually resulted in tribes competing with each other. All believing that one’s family, tribe or country is inherently superior to all others and all trying to achieve domination and the privileges which comes with having the authority.

And so nations were born, formed by the very fruits of nationalism. And now, even though most secular liberal societies claim to object any form of racism to the extent that most, if not all have included the concept of equality within their constitution, their very foundation was built upon the concept of nationalism, the belief that their country is superior to all others. It is a concept which is promoted within these societies, through its various means; (e.g. “Independence Day, national anthems”). All this results in societies struggling to reconcile the promotion of nationalism and the resulting ‘xenophobia’ and racism that accompanies it. This is inevitable so, as every nation will have its own interests; and the interests of one will collide with the interests of the other resulting in continuing discord, disunity and strife in the world e.g. colonialism, apartheid, slavery, influx of refugees and war.

Before the coming of Islam, the structure of Arabian society was also of a tribal structure. Islam gave the world a new bond between people, a bond which transcends all other bonds, an ideological bond based on the Islamic Aqeedah. يَا أَيُّهَا النَّاسُ إِنَّا خَلَقْنَاكُم مِّن ذَكَرٍ وَأُنثَىٰ وَجَعَلْنَاكُمْ شُعُوبًا وَقَبَائِلَ لِتَعَارَفُوا إِنَّ أَكْرَمَكُمْ عِندَ اللَّهِ أَتْقَاكُمْ إِنَّ اللَّهَ عَلِيمٌ خَبِيرٌ “O mankind, indeed We have created you from male and female and made you peoples and tribes that you may know one another. Indeed, the most noble of you in the sight of Allah is the most righteous of you.” [Hujjurat, 49:13]

Its message was that all people are the descendants of `Adam and Hawwa’ and share this honour equally. The only difference between them is in the religion that revolves around their obedience to Allah the Exalted and their following of His Messenger and that `you earn honour with Allah the Exalted on account of Taqwa, not family lineage.’ (Ibn Kathir)

Islam commanded loyalty to the Islamic creed inviting all people to believe in the Almighty Allah Creator of all humankind. Ties in Islam were therefore based on the Aqeedah of Laa ilaha Ila Allah and not on race, colour or region.

In his (a.s.) last sermon, the Prophet ﷺ declared:«أيها الناس، إن ربكم واحد، وإن أباكم واحد، كلكم لآدم، وآدم من تراب، إن أكرمكم عند الله أتقاكم، ليس لعربي فضل على أعجمي إلا بالتقوى» “O people! You are all to Adam and Adam was made of dust. No Arab is to be preferred over a non-Arab except by virtue of his piety.” And in another He ﷺ said: «إِنَّ اللَّهَ لا يَنْظُرُ إِلَى صُوَرِكُمْ وَأَمْوَالِكُمْ وَلَكِنْ يَنْظُرُ إِلَى قُلُوبِكُمْ وَأَعْمَالِكُم» “Allah does not look at your images or your colors but He looks at your hearts (intentions) and your deeds.” And in another He ﷺ said:«أَحَبُّ النَّاسِ إِلَى اللَّهِ أَنْفَعُهُمْ لِلنَّاسِ» “Creatures are the dependants of Allah and the closest among them to Allah are indeed the most useful to His dependants.”

One important story which shows the actions of Muhammed ﷺ is the story of Abu Darr; one of the Sahaba’s called Bilal ‘son of the black woman’, the Prophet ﷺ got angry and told him: «إِنَّكَ امْرُؤٌ فِيكَ جَاهِلِيَّةٌ‏» “You are a man who has ignorance in him.” Abu Dharr felt such a great remorse that he put his cheek on the ground and asked Bilal to tread on his other cheek if he’d like to.

When the enemies of Islam saw the great strength of the Muslim Ummah through their Ideological bond, they conspired to reinstall their own inferior bond of nationalism. Arab and Turkish nationalism was re-introduced to the Muslim Ummah. This eventually lead to the destruction of the Khilafah after which the Islamic state was divided in to nations. The current tyrannical regimes in the Muslim world will emphasize and amplify nationalism and patriotism within their own area of control, in order to keep their own position of authority, this is also the reason why racism has returned to these lands.

In conclusion history has taught us that it’s not possible to bond people together based on the superficial bond of nationalism without the interest of the one group colliding with that of the other group. So even if secular liberal nations would attempt to eliminate racism the bond holding these societies together is nationalism, a precursor of racism.

On the other hand Islam offers an different bond, a bond which transforms people from the abyss of Nationalism to the elevation of an ideological bond. It will be a society built upon Taqwa, free of racism. Our history bears witness to this unparalleled success. A state which in its basis in founded upon the correct bond and where Muslims will be educated about the rotten fruits of nationalism. Racism wont only be prevented through the judiciary but also through a high sense of moral obligation that society feels towards stamping out these kinds of uncivilised actions at the root.