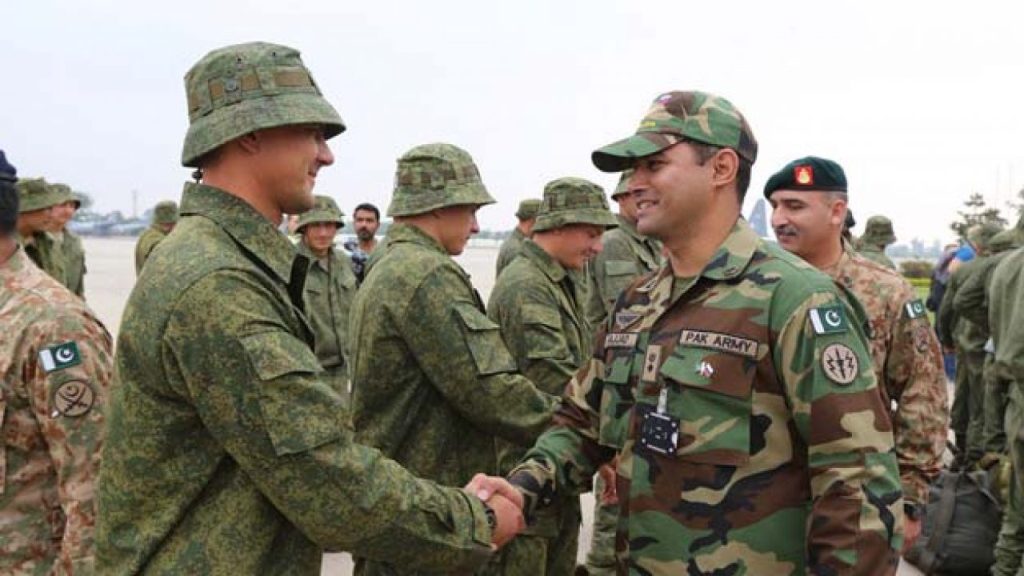 On 5 November 2020, Russian Special Forces arrived in Pakistan for two week long joint military exercises, “DRUZHBA 5” to share experience in fighting “terrorism,” a recent practice which first began a year after the Muslims of Syria were first buried under Russian bombs. Although it is maintained that joint exercises allow weaker states to benefit from stronger states, practically they allow the colonialist powers to assess the military capability of emerging powers, learn about their fighting techniques and styles, identify weaknesses, nurture agents, establish influence and spread fear of their own capabilities and weaponry.

O Muslims of Pakistan’s Armed Forces! How can these rulers force you to conduct military exercises with the oppressors in this world? Is the liberation of Kashmir not the best military exercise for you, in which you may earn the great reward of become a victor or martyr? So how do you except that the Bajwa-Imran regime has restrained you whilst the Hindu State devours Occupied Kashmir? Rid yourselves of this lowly military and political leadership that is loyal to Western principles and devoid of Islam’s powerful vision that has always allowed the defeat of more powerful enemies. What can Russia teach us of bravery and war, when it was torn to pieces by the Muslims of Afghanistan and Pakistan? Moreover, Russia is perturbed by the Muslims in the Central Asian states and beyond that seek to establish Khilafah (Caliphate) in its region. Were the Khilafah to arise first from Pakistan, it will be a strong platform from which to teach Russia a jaw breaking lesson for its brutal crimes against Muslims, striking fear in Putin and his cronies in the Kremlin. Such will be the prelude to shaking the occupants of the White House and Ten Downing Street. O Sons of Khalid Bin Waleed (ra)! The Ummah is waiting for your march, so mobilize now and the promise of Allah (swt) awaits you. Allah (swt) said, ٱلَّذِينَ يَتَّخِذُونَ ٱلْكَافِرِينَ أَوْلِيَآءَ مِن دُونِ ٱلْمُؤْمِنِينَ أَيَبْتَغُونَ عِندَهُمُ ٱلْعِزَّةَ فَإِنَّ ٱلعِزَّةَ لِلَّهِ جَمِيعاً “Those who take disbelievers for Auliya’ (protectors or helpers or friends) instead of believers, do they seek honour, power and glory with them? Verily, then to Allah belongs all honor, power and glory.” [Al-Nisa, 4:139].