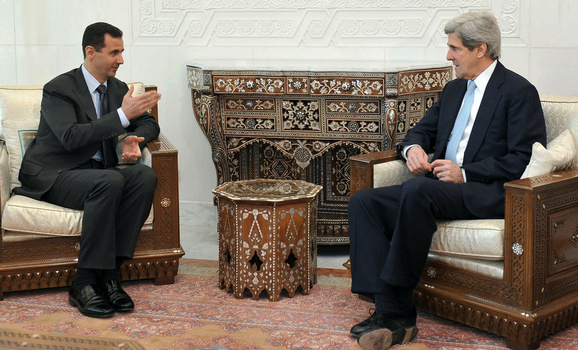 Recently, the President of the Islamic Party of Malaysia (PAS), Tuan Guru Haji Hadi Awang (TGHH) was severely criticized for participating in the 30th International Islamic Unity Conference which was held in Tehran from the 15th to 17th December 2016. The event, which was organized by the World Forum for Proximity of Islamic Schools of Thought (WFPIST), was entitled “The Unity and Necessity of Countering Takfiri Currents”. Besides TGHH, Muslim figures and thinkers from over 50 countries, including, Russia, Indonesia, Iraq, Lebanon, the US, Britain, Australia, Tunisia, China, Egypt, Thailand, and Algeria attended the conference. Initially, it was reported that TGHH attended the conference under the auspices of the International Union of Muslim Scholars (IUMS) but was later clarified that TGHH attended the conference as a representative of PAS. Criticisms were mainly targeted within the premise that Shiite Iran directly participates in the massacre the Sunni population of Aleppo and any attempt to reconcile the positions of Shiism and Sunnism with respect to the current conflict is seen to be futile, counterproductive and even considered treacherous.

There is no doubt of Iran’s role in the massacre of Aleppo. Iran’s Islamic Revolutionary Guards Corps (IRGC) which includes foreign mercenaries is directly involved in the attack on Aleppo. According to reports, IRGC forces have reached 25,000 in Aleppo. In fact, ministers of Russia, Iran and Turkey have discussed the future of Syria and the city of Aleppo at talks in Moscow and a Turkish official said that the meeting was held to “understand the views of all three sides, laying out where we all stand and discuss where we go from here.” These meetings are clear indications of the emerging role of Iran in Syria, in the current conflict and its aftermath.

A common perception held by many is that the Republic of Iran is a representative of the Shiite school of thought and that it manifests itself as a protector of Shiism. Hence, any action by Iran is seen as a Shiite response meant to protect and support Shiism in any conflict. This was manifested by one of the strong criticisms against TGHH – ‘This is not the issue of visiting Iran or shaking hands with a Shia but it is an issue related to the evil deeds that they are perpetrating right now. A person with a matured political stand and humanitarian value will most definitely avoid this, mentions Dr Muhammad Asri, the Mufti of the State of Perlis. He also mentioned that TGHH did not in any way strongly criticize Iran in the conference, in fact, praising it from beginning to the end. Most criticisms thrown at TGHH revolve around the issue of sectarian conflict. The reason why sectarian issue is championed as the fundamental issue of the Syrian conflict is that the Sunnis are the victims of Shiite aggression. The conflict is broadly viewed as a Sunni-Shia conflict – a conflict between the Shia-Alawite Bashar forces, supported by Shiite militias backed by Iran and the Sunni majority of Syria. However, notwithstanding the Shiite aggression, one should also not forget the role of the treacherous Sunni governments neighbouring Syria. Aleppo is less than 100km from Sunni Turkey, Syria is neighboured by Sunni Jordan, Sunni Saudi Arabia and Sunni Egypt is just a short distance away, but none of these Sunni states even raised their fingers what more their weapons to help the Sunnis of Syria! Even worse, these sworn sectarian enemies sit together on the same table, with the Kuffar, agreeing that Muslim blood be spilled in Aleppo!!!

Even though the conflict occurring in Syria appears to be sectarian, it is in reality a political struggle – a struggle between Islam and the enemies of Islam. The Muslim world as a whole has been colonized politically, militarily, diplomatically, culturally and ideologically. Iran is no exception. The struggles and conflicts happening within this and the past century have always been the struggle among the superpowers. It has been a struggle of building new loyalties and crushing old loyalties among the superpowers – Britain, France and now USA. Iran, despite its rhetoric to the contrary, has never been a bastion of Shiism and its policies have always facilitated American policies in the region. Iran is a product of Western colonial interference, just like Saudi Arabia, Turkey, Iraq and the likes. The issue has never been a sectarian one. The issue is whether we stand with Islam or with the enemies of Islam. Unfortunately, the Muslim players in this conflict are just pawns in the colonialist chessboard, pushed around to serve the agenda of their masters. On the other hand, Muslims are preoccupied with the idea of a sectarian Shia vs Sunni conflict where we have been deliberately trapped. We will always be on the losing side if we don’t break away from this false perception and realize our true enemies and deal with them the right way.