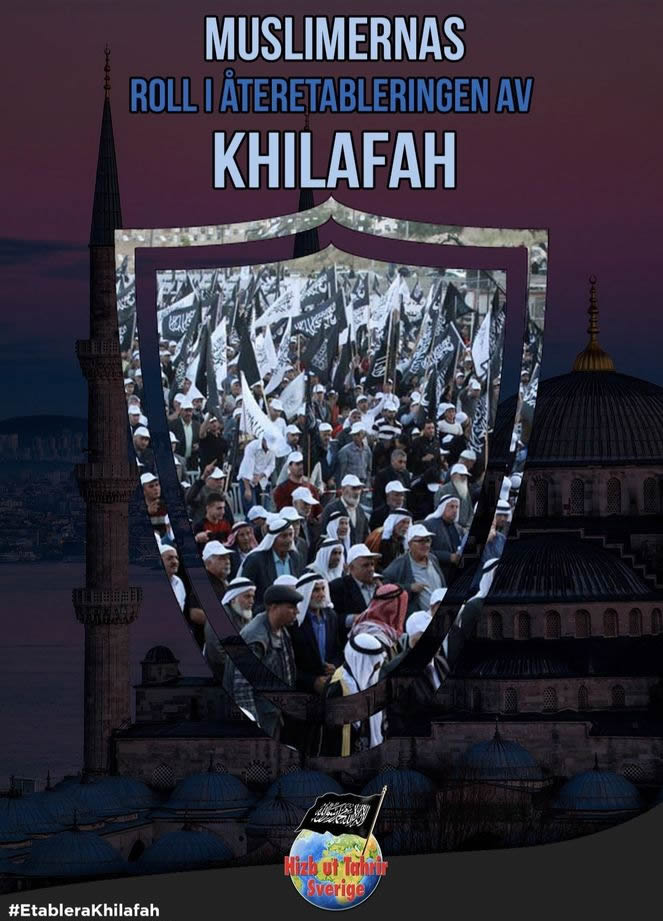 Hizb ut Tahrir has carried out the campaign “Upon the Centenary of the Destruction of the Khilafah… O Muslims, Establish It!” throughout the last month, which consisted of a number of different activities; many videos, distribution of campaign flyers, interaction with Muslims and lastly leaflets aimed towards Muslims.

The campaign was initiated to remind the Muslims about the fall of the Caliphate (Khilafah) 100 years ago. Islam cannot fully exist without the Caliphate to implement Islam. Furthermore, the Caliphate is the indisputable alternative to solve the world’s problems, which makes it a target for slander and misrepresentation by Western media and politicians to deviate the people from it. The campaign and its contents were frequently discussed in society, on social media and even among politicians. The campaign has even gained substantial media coverage, though with plenty of wrongful statements about the party, the reporting was manipulative and obscene as a whole.

In light of these events, we, Hizb ut Tahrir / Sweden, want to establish the following: