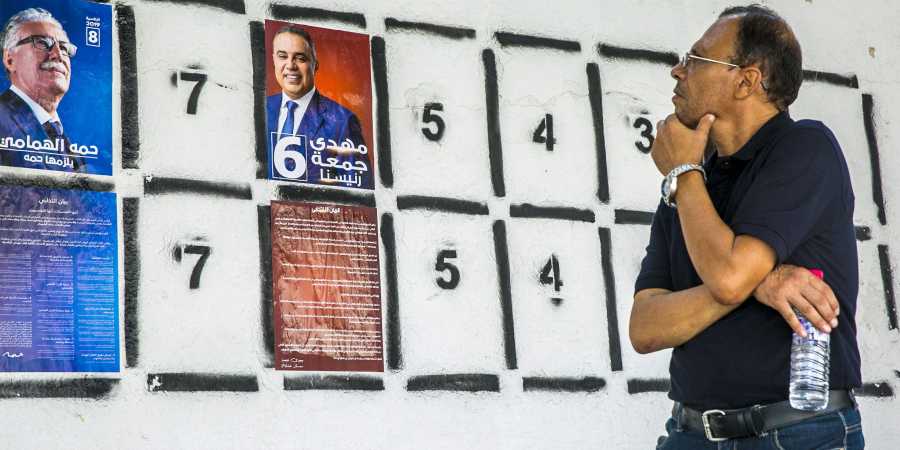 During the presidential election campaigns in Tunisia, several intellectual and political issues were raised, including:

– The deception of formal independence from colonialism, and what it ensues of dealing with the greedy colonialists in our country, and their ambassadors, who proceed freely in the country, commanding and ruling without any restraint or accountability.

– The need to reveal who is behind terrorism and assassinations.

And many other issues, whenever some of them are put forward by a candidate or his supporters it is said: This is the address of Hizb ut Tahrir, and is claimed that the one who says them is a supporter of Hizb ut Tahrir, or is the Hizb’s candidate. Their rage intensified especially when Western colonialism and the local followers, who were applauded by the intellectual and political dependence, saw from the election results that these ideas have a special concern and a popular incubator and are entrenched among the intellectuals and experts, both those who participated in the elections and those who consciously boycotted them.

We explain the following:

First, these issues are issues of the Ummah as a whole and not partisan issues specific to Hizb ut Tahrir, although Hizb ut Tahrir is one of the first to present them together with many good people in this country. These issues must be taken seriously, not just as amusement or electoral promotion, and their solutions must be taken from the provisions of Islam only, so as not to be a loss in the world and the Hereafter.

Secondly, Hizb ut Tahrir was established to liberate the Ummah from the colonial Kaffir’s control and to rule by Islam completely undiminished, and not subtracted in all aspects of life. It addressed every opinion-holder calling for the liberation of the country and the Ummah from colonialism, and every opinion-holder or a call for the arbitration of Islam. It addressed them and continues to address them to work with it or behind it, as long as the Hizb does not put its pledge except on the Dawah in the political path clearly as the Messenger of Allah did when he confronted the society openly and defiantly and was not afraid in the sake of Allah the blame of anyone until he established the State of Islam. A state embraced by society and especially the people of opinion and power. A well-established state in which the individual applies the rulings of Islam which are specific to individuals with acceptance and belief if he is a Muslim, and the state applies to all; Muslims and non-Muslims, the rulings of Islam specific to society and the state with the community sensing its justice.