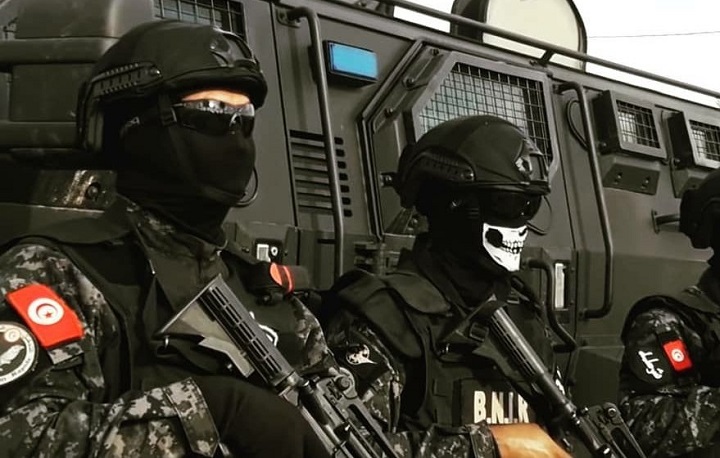 Hizb ut Tahrir Wilayat of Tunisia made an appeal to the Tunisian people entitled: “From Hizb ut Tahrir Wilayat of Tunisia to Our Honourable People in the Land of Az-Zaytouna,” in which it warned of the danger of the path followed by President Kais Saied: the endorsement of Western hegemony over our country, protection of the Western secular system, and the exclusion of Islam from rule and legislationas an extension of the same system that ruled after the revolution whose symbols were overthrown on July 25th, indicating that the president sought to change the form of government to a presidential one, to change the electoral law, and raise the slogan of fighting corruption and the corrupt overlooking the corruption of the democratic capitalist system that the Tunisian people demanded its toppling on 14/1/2011, which is like a tree that covers the forest of corruption, and distracts people from the radical change on the basis of Islam.

Hizb ut Tahrir directed a loud appeal to the people in Tunisia, especially the scholars, calling them to liberate the country from Western influence and its followers, as the first step to regaining the authority and reclaiming the decision making ownership, and to meet and unite on the basis of the clear political project deduced from the Qur’an and Sunnah, and to establish good governance on the basis of Islam.

Hizb ut Tahrir / Wilayah of Tunisia also invited the sincere in the security and military leaders to lift protection off all those who cooperate with the countries hostile to us, headed by America, Britain and France, and called them to refuse to adhere to the agreements of the so-called security cooperation, the agreements that Britain concluded, especially with the ministries of defense, interior and justice, and the unjust military agreements ratified with America, and to refrain from participating in their military exercises.

Members of Hizb ut Tahrir distributed the speech on Friday, 10/9/2021 in most of the states of Tunisia, during which speeches in front of the mosques after Friday prayers took place, which confused the political authority and prompted it to mobilize its security services to confront thought and opinion by arresting, beating, torturing and handing over to trial on the same charges that were common during the time of the deposed Ben Ali. This confirms that President Kais Saied is no different from the rulers who preceded him in fighting Islam and its Dawah carriers on behalf of the kafir West. It also confirms the falseness of the president’s claim that no one will be arrested for his opinion!

We in Hizb ut Tahrir / Wilayah of Tunisia affirms that the message of intimidation and arrest that reminds us of the political police of ousted President Ben Ali will only increase our resolve and determination to work for the liberation of the country from colonialism and its local tools, and that the resolve of the members of Hizb ut Tahrir will not be affected neither by the whips of criminals nor the prisons of the oppressors. Allah (swt) says:

“They want to extinguish the light of Allah with their mouths, but Allah refuses except to perfect his light, although the disbelievers dislike it” [At-Tawba: 32]