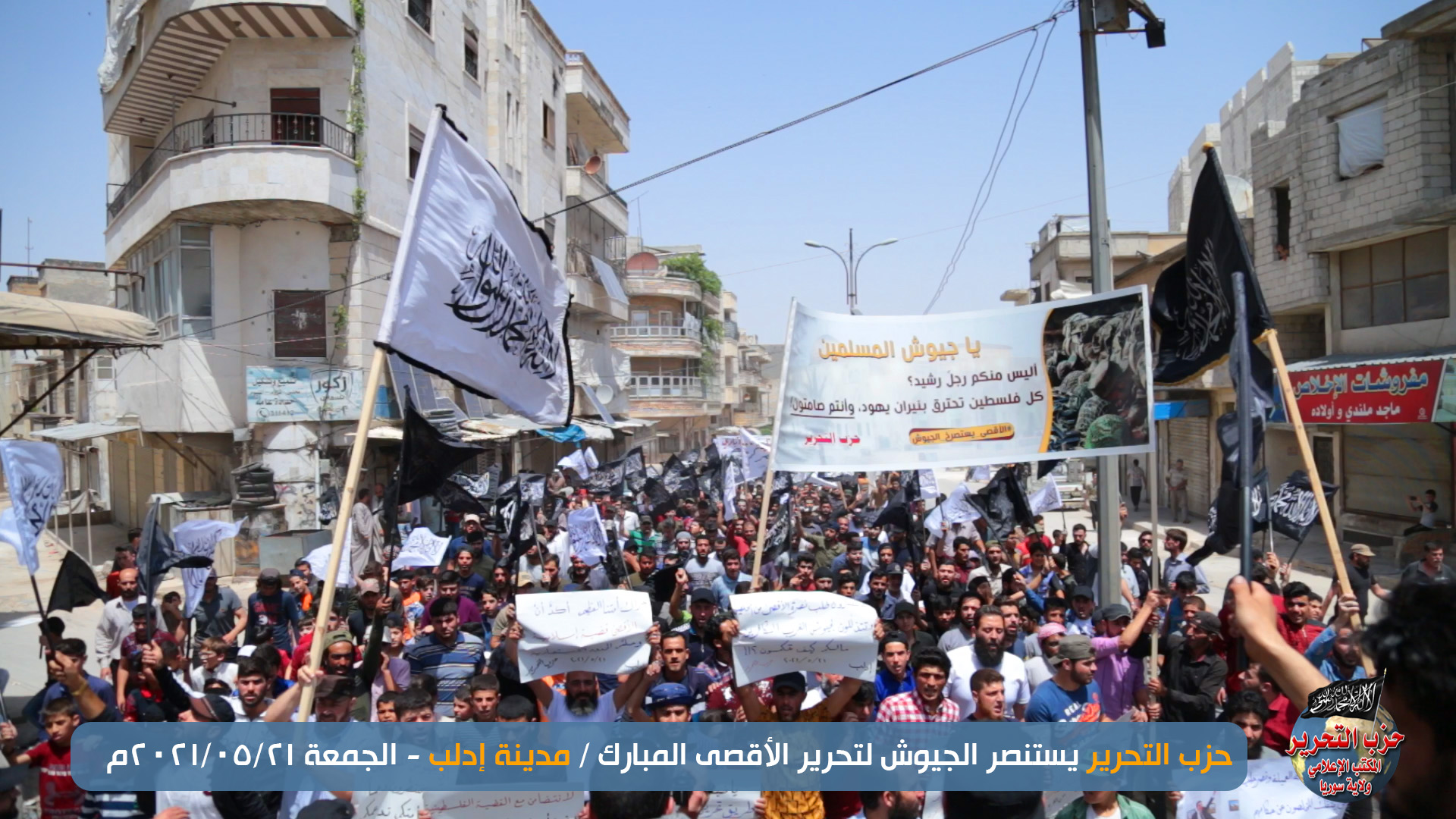 Hizb ut Tahrir/ Wilayah Syria organized a massive demonstration, on Friday 21/5/2021 in support of the Muslims in Palestine and the Blessed Al-Aqsa Mosque, in which the Head of the Media Office of Hizb ut Tahrir in the Wilayah of Syria, Ahmad Abdul Wahhab, delivered a speech clarifying that the honor to liberate Palestine and Al-Aqsa Mosque will not be achieved by puppet rulers to the Kafir west, nor by the normalizers, negotiators and those who carry out security coordination with the Jewish entity. Rather, the honor of liberating them will be achieved by a state on the method of the Prophethood of which the Messenger of Allah (saw) gave the good news.

He urged army leaders to break the shackles that are imposed on them and change the regimes that prevent them from moving to liberate Al-Aqsa, and from establishing the Islamic state and assuming their duty to defend Muslim’s blood, honors and sanctities. He clarified that it was only after the destruction of the Khilafah that the Kafir west managed to control over Palestine and Al-Aqsa Mosque. He called on Muslims to exert their efforts to fulfill the glad tiding of the Messenger of Allah (saw) by working to establish the Khilafah Rashidah (rightly guided Caliphate) on the method of the Prophethood.