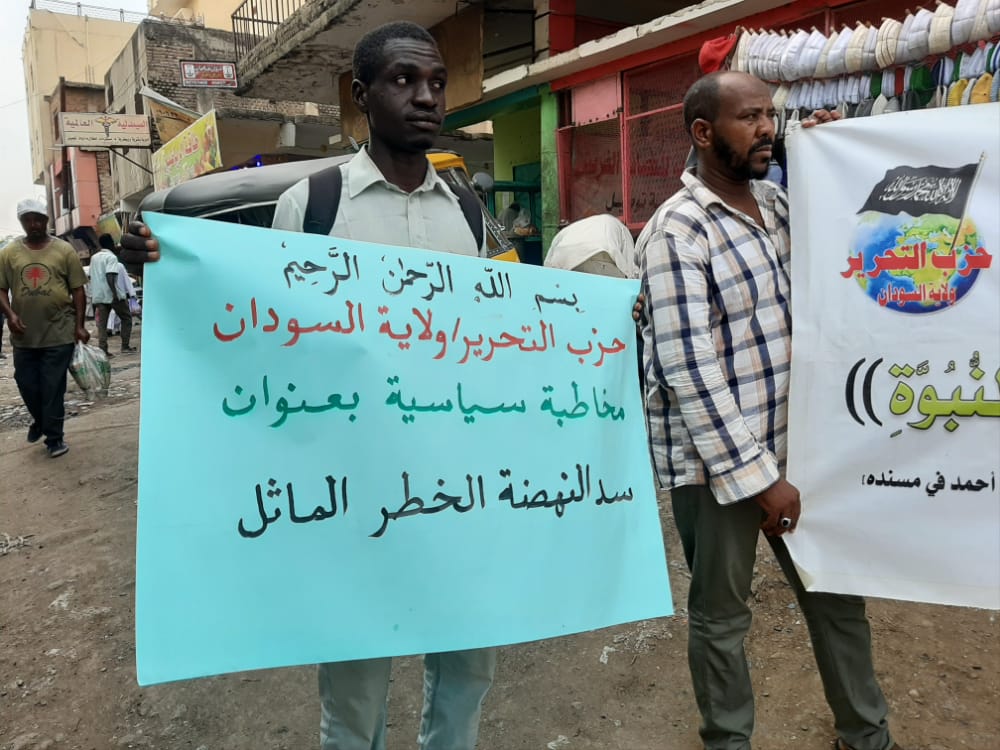 A continuation of the mass events held by Hizb ut Tahrir / Wilayah Sudan in the different regions and districts of the country to create an informed public opinion on the provisions of Islam and its solutions related to the different systems of life, which dealt with various topics, including: the issue of the Renaissance Dam, the policy of lifting subsidies, the legitimate method for change, and tribal fighting in areas different Sudan.

On July 7, 2021, the Shabab of Hizb ut Tahrir / Wilayah Sudan held its regular forum in El Obeid, which was titled: “The Policy of Lifting Subsidies… Will It Solve the Economy Problem in Sudan?” Mr. Muhammad Al-Amin Dafa spoke in which he indicated that the policy of support will not address the economy of Sudan; rather, it will destroy the Sudanese economy, as everyone is experiencing a poor quality of life as a result of the government’s implementation of this policy.

On July 12, 2021, the Shabab of Hizb ut Tahrir / Wilayah Sudan held a political address in Omdurman West locality in Souk Libya, entitled: “The Renaissance Dam… A Vow of War and the Negligence of the Rulers”, in which Ustaadh Abd al-Rahim Abdullah spoke, explaining the interest of Hizb ut Tahrir in all the issues of the Ummah and its issuance of statements and publications that show the correct treatments from the great principle of Islam.

The Shabab of West Omdurman also held a political address in the Libyan market on July 14, 2021 entitled: The Spread of Tribalism in the Country, in which Ustaadh Ishaq Muhammad Hussein spoke, who urged the audience to fear Allah Almighty, who created them from one soul, and explained the purpose of the tribe’s existence. It is one of acquaintance and kinship ties, not adherance to the tribe and grouping on its basis to obtain rights and pay grievances, as we see it now in various parts of Sudan, so fighting and bloodshed occurs!

The address of the Shabab of Hizb ut Tahrir / Wilayah Sudan in Al-Obeid locality in front of the Soar Al-Dhahab Musalah on July 14, 2021, entitled: “Real Change will Occur when Abandoning the Capitalist Ideology & Replacing it with the Ideology of Islam.” Imam Muhammad Ibrahim explained the corruption of the capitalist principle in terms of faith. And the system, which is the cause of humankind’s misery and the spread of injustice and corruption in the land, which made people rise in revolutions against injustice.

On the issue of the Renaissance Dam (An-Nahda Dam) also, the Shabab of Hizb ut Tahrir / Wilayah Sudan held a political address on 15 July 2021 in the Dekhainat locality of the Kalakla market, entitled: “The Renaissance Dam… Betrayal of the Rulers and the Duty of the Ummah”, in which Ust. Al-Fateh Abdullah spoke about the danger of the Renaissance Dam on Sudan. And Egypt, and that it is a real threat to them of thirst or drowning in the event of the collapse of the dam after the second filling, revealing the factors of its collapse as it was built in an earthquake zone, as well as its magnitude and its safety ratio not more than one point five compared to the High Dam in Egypt (its safety rate is more than eight).

“And hold firmly to the rope of Allah all together and do not become divided.” Under this title, the Shabab of Hizb ut Tahrir / Wilayah Sudan held a political address in Kosti locality on Friday, July 16, 2021 in Rabik Souq, the railway intersection with 50th Street. Abdul Majeed Othman explained the concept of the verse and reason for its revelation that Allah commanded the believers to cling to the firm rope of God and forbade division and difference on regional or tribal grounds, which was a cause for bloodshed, violation of honor and consuming people’s wealth unlawfully in the Arabian Peninsula, so Islam came and melted them in the crucible of Islam and made them one Ummah.

On the issue of the Renaissance Dam, the Shabab of Hizb ut Tahrir / Wilayah Sudan in Gedaref held their weekly address entitled: “The Renaissance Dam… The Danger” in Rowena King Square, on July 15, 2021 AD, where the attendees addressed by Mr. Nasr El-Din El-Haj, who spoke about the importance of water for every living creature, as it is not possible to live without it, and it is considered in Islam as a public property, as it is not permissible for any party to monopolize it to prevent the community from using it.

The address of the Shabab of Hizb ut Tahrir / Wilayah Sudan in El-Obeid locality came under the title: “The Legitimate Way to Change,” on July 27, 2021 in front of the Sowar al-Dhahab Musalah. Treatments of human problems, and it is necessary to prepare men in whom the curriculum embodies an idea and a method with hard work based on the foundation of faith and the treatments that emerged from it.

On the issue of the Renaissance Dam, which is a hot topic these days, Hizb ut Tahrir / Wilayah Sudan in Omdurman West locality held on August 5, 2021 in the Libya market a political talk addressing a policy entitled: “The Renaissance Dam… Who pays the price?” Ust. Abdul Rahim Abdullah began his speech with the noble verse

“And We made from water every living thing.” He mentioned the importance of water and the story of the ancient Egyptians with the Nile River and how they used to pay him annually the most beautiful girls of Egypt as sacrifices to make the river overflow, and how Islam abolished this custom and was a mercy to the worlds. The speaker also mentioned the complicity of the rulers of Egypt and Sudan and their agreement to build the dam, ignoring the interests of their people. Then he added that only a principled state would stop these dangers; a caring state, not a taxing state; namely, the Khilafah Rashidah (Rightly-Guided Caliphate) State on the method of Prophethood, soon Inshallah, after this forced rulingship. We must all work with Hizb ut Tahrir to ward off dangers from our nation by establishing a righteous Caliphate on the method of the Prophethood. 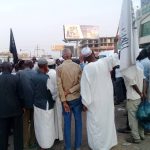 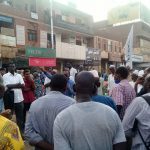 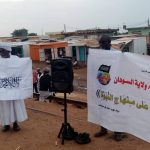 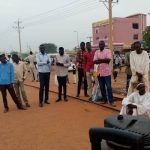 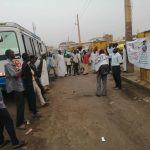 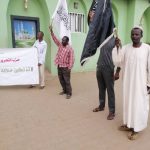 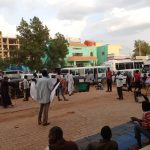 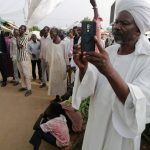 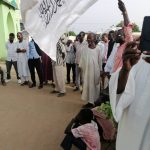 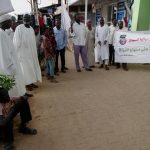 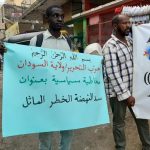 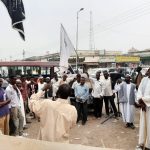 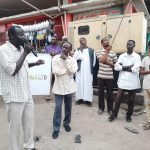