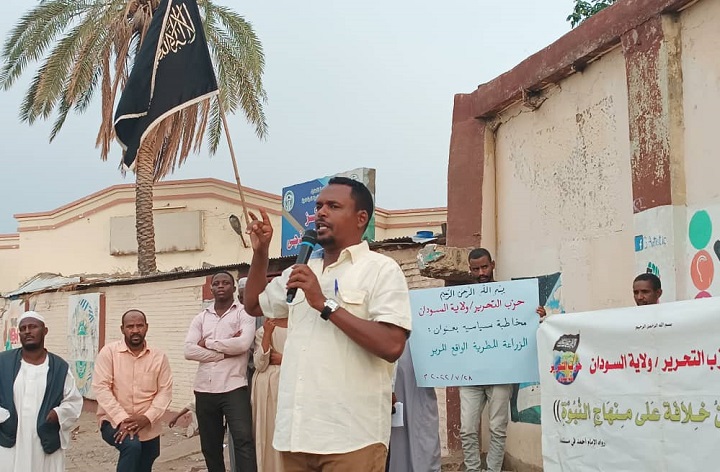 A continuation of the public events held by Hizb ut Tahrir / Wilayah Sudan in the different regions of the country to find an informed public opinion of the provisions of Islam (Ahkaam Shariah) and its treatments related to the different systems of life, which dealt with the recent tribal fighting in the Blue Nile region, and the problem of rain-fed agriculture in the Gedaref region. 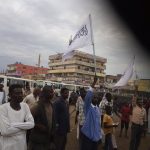 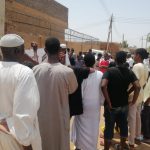 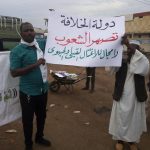 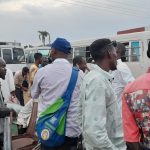 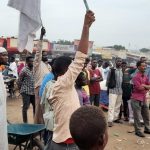 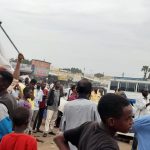 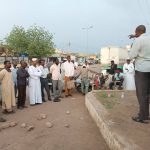 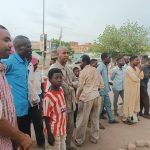 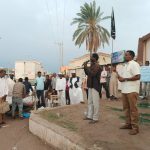 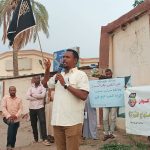 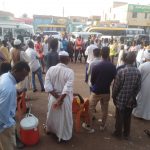 On July 21, 2022, the Shabab of Hizb ut Tahrir / Wilayah Sudan held a political address in Al-Hurriya Square in El-Obeid, titled: “Tribal Fighting, Its Causes, Causes, and Remedy,” in which Professor Muhammad Qoni spoke about the fighting between the Funj and Hausa tribes in Southern Blue Nile State, the number of dead and wounded, and the reactions that came from supporters of the two tribes in different cities and parts of the country, such as demonstrations, closure of roads, destruction and burning of government headquarters and offices. As for the government’s reaction, it does not live up to the level of responsibility entrusted to it. The speaker also addressed the causes of the problem created by the colonial Kafir represented in the Hawaker system that divides Lands are based on a tribal basis, which made people bond with the tribe and the land. The basic principle is that people are linked by the bond of the Islamic faith, and make it a basis for obtaining rights and duties. This belief forbids bloodshed and strife.

On the subject of conflict and tribal fighting in Blue Nile State as well, Hizb ut Tahrir / Wilayah Sudan held a political address in Al Kalakla locality, Al Wahda Square 6, after Friday prayers on July 22, 2022, entitled: “Tribal Fighting and the View of Islam”, in which Engineer Basil Mustafa spoke about the relationship of shepherds and farmers and the dispute over land between the different tribes resulting from the Hawakir system established by the English colonizer so that there is division and strife among the Muslims in this country, and only the rightly-guided Caliphate State can stop the bleeding of this tribal fighting.

In the same context, the Shabab of Hizb ut Tahrir / Wilayah Sudan set up in universities a corner for dialogue and discussion on July 23, 2022 at Al-Neelain University, Faculty of Economic and Social Studies, entitled: “Tribal Fighting… Causes and Solutions”, in which the engineer Ahmed Jaafar explained that the fighting in the Nile state Azraq began when the Hausa tribe requested an emirate for them, and this request was rejected by the tribes in the region, especially the Alberta tribe, on the pretext that the Hausa had no right to the land, and as a result of that, fighting broke out between the two tribes.

The Shabab of Hizb ut Tahrir / Wilayah Sudan in the Madani locality also held a public meeting at the bus stop in the Great Market on July 26, 2022 entitled: “The Caliphate Melts Peoples, and there is no room for tribal or regional fighting”, in which Ustaadh Abdel Aziz spoke, explained that the bond between Muslims must be based on the Islamic belief.

“Rain-fed agriculture… the bitter reality”, under this title, the Shabab of Hizb ut Tahrir / Wilayah Sudan held a political address in the city of Gedaref on July 28, 2022 in which Professor Muhammad Mukhtar spoke about the natural agricultural potentials in the Gedaref region in particular, and Sudan in general. What qualifies Sudan to be the food basket of the world, where fertile lands, rains and rivers, and then deal with the bitter reality suffered by the farmer of levies, taxes and deliberate neglect to fall victim to commercial banks that exploit his need to maximize their profits.

Under the title: “The events of the Blue Nile and the flames of raging sedition”, the Shabab of Hizb ut Tahrir / Wilayah Sudan held a political address in the locality of Khartoum on July 28, 2022, next to the land port in Khartoum. These unfortunate events are not new, but are recurring from time to time, and the real reasons for the emergence of these conflicts are poor care by the state in the beginning, and the inability of the applied laws to treat people’s problems, including the Native Administration Law, land laws, and people’s association on a tribal and regional basis. The government and armed movements play in fanning the fire of sedition in implementation of the plans of the colonial Kuffar.

In conclusion, the attendees showed the responsibility of working to create this state on the ground, by working with workers to resume Islamic life by establishing the Khilafah Rashidah (rightly-guided Caliphate) state on the method of the Prophethood.