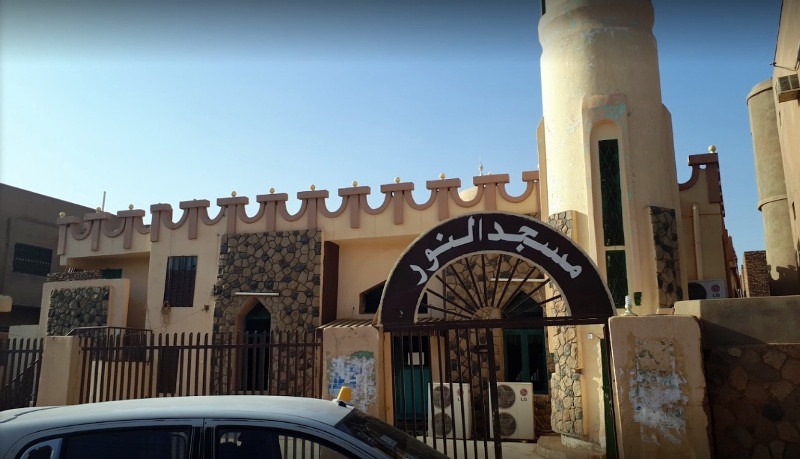 Hizb ut Tahrir Wilayah Sudan held a stand in the square east of Al-Noor Mosque in Riyadh, Khartoum, following Friday prayers on 25/1/2019, which was attended by a large gathering of worshippers and Shabab of Hizb ut Tahrir, who raised banners that read:

Chanting slogans calling for the establishment of the second Khilafah Rashidah on the method of the Prophethood. As well as the official spokesman of Hizb ut Tahrir in Wilayah Sudan, read aloud an appeal issued by Hizb ut Tahrir / Wilayah Sudan entitled: “Call from Hizb ut Tahrir / Wilayah Sudan to the Pioneers of Mosques, the Houses of Allah on Earth”, urging the pioneers of the mosques to raise their voices high, to demand the application of the systems of Islam and its Shariah, and to be at the forefront of the workers for the real change, which is achieved by coming out from the yoke of the forced [oppressive] rule, and entering into the rule of Islam; the Khilafah Rashidah on the method of the Prophethood.

And you will be immortalized in the sheets of history, with the ink of light, and bestowed by honor, dignity, and closeness to Allah. لِمِثْلِ هَذَا فَلْيَعْمَلِ الْعَامِلُونَ “For the like of this let the workers [on earth] work.” (As-Saffat: 61).”

The audience reacted enthusiastically to the call, and their throats chanted Takbeer and Tahleel.