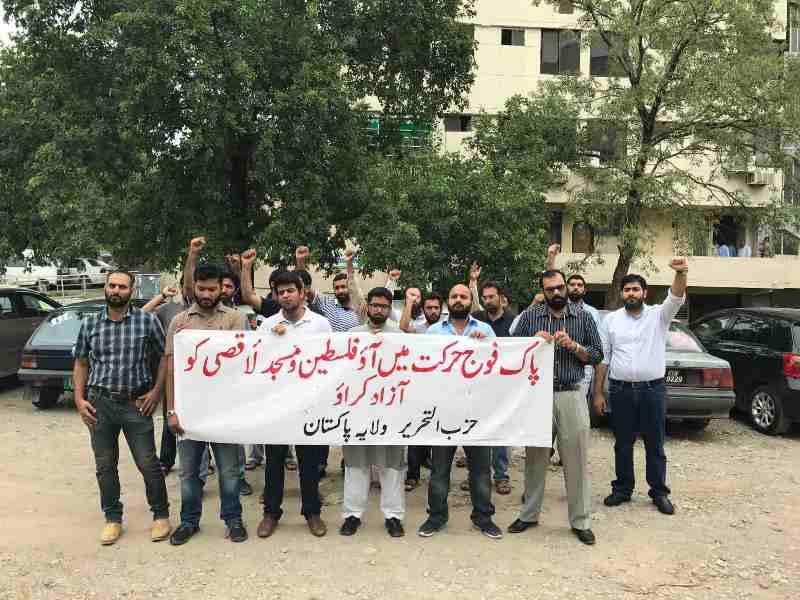 Hizb ut Tahrir Wilayah Pakistan held demonstrations in the major cities of Pakistan for the liberation of Masjid Al-Aqsa and Palestine from occupation by the brutal Jewish entity. Protestors carried banners and placards including, “Mobilize O Pakistan Army, Liberate Palestine and Masjid Al-Aqsa” and “Palestine is the Ummah’s Issue, not the People of Palestine Alone.”

The filthy Jewish entity repeatedly violates the sanctity of the Muslims of Palestine and Masjid Al-Aqsa, yet the rulers of the Muslim countries don’t move for their liberation, despite having powerful armies under their command. The secret or public support of the Jewish entity by these criminal rulers encourages it such that it flagrantly attacks and violate our sanctities. The Muslims of Palestine love Islam and the Masjid Al-Aqsa so intensely that despite of almost seventy years of brutal occupation, their religious motivations have not been dampened, rather they have become stronger. They know that the current rulers over Muslims will never come to their rescue, but their Imaan does not allow them to accept the humiliation of Masjid Al-Aqsa and so they confront the fully-equipped soldiers of Jewish entity with their own bare hands.

However, the sacrifice and brave struggle of the Muslims of Palestine alone will never be enough to liberate Palestine and Masjid Al-Aqsa, unless the Muslim armies move in their support. Muslim history provides testimony to the fact that whenever Muslim Lands were occupied by Kuffar, including Palestine, they were always liberated by Muslim armed forces. Even today Masjid Al-Aqsa and the Muslims of Palestine are waiting of today’s Salahuddin Ayubi who will liberate them from occupation once again. The Kuffar and the rulers over Muslims wish to reduce this issue to the issue of the people of Palestine alone rather than the issue of all the Muslims, in the vain hope that the Muslims around the world would become detached from this issue. However, the responsibility for the liberation of Masjid Al-Aqsa and Palestine does not rest upon a particular army, rather it is a duty upon all Muslim armies, as this issue is the Ummah’s issue.

The Muslim armies will never be mobilized if the current rulers remain over the necks of the Muslims. It is imperative for the armies of Muslims to uproot these traitorous rulers by providing Nussrah to Hizb ut Tahrir for re-establishing the Khilafah (Caliphate) on the Method of Prophethood. Only then will the Khalifah Rashid unify all Muslim lands and their armies under the banner of RasulAllah ﷺ. Only then will he personally lead the mighty Muslim armed forces to liberate Masjid Al-Aqsa and the whole of Palestine, to fulfill the glad tidings of RasulAllah ﷺ inshaaAllah. Muslim said in his Saheeh on the authority of Abu Hurayrah: The Messenger of Allah ﷺ said:

And in another narration, he ﷺ said:

“The Jews will fight you and you will dominate them.” 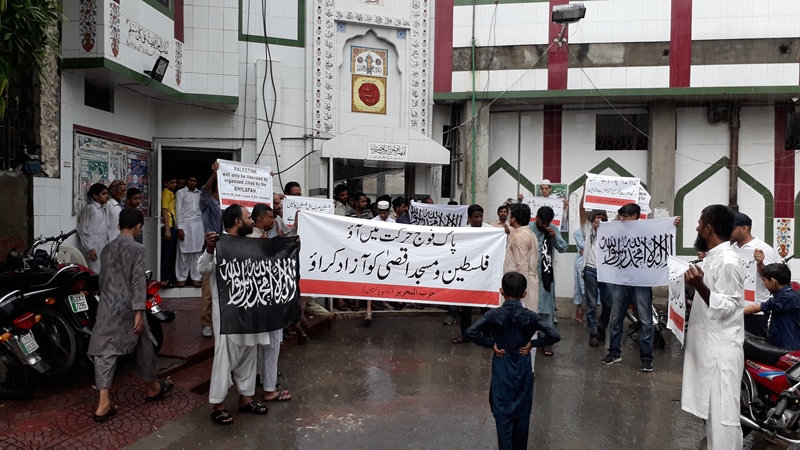 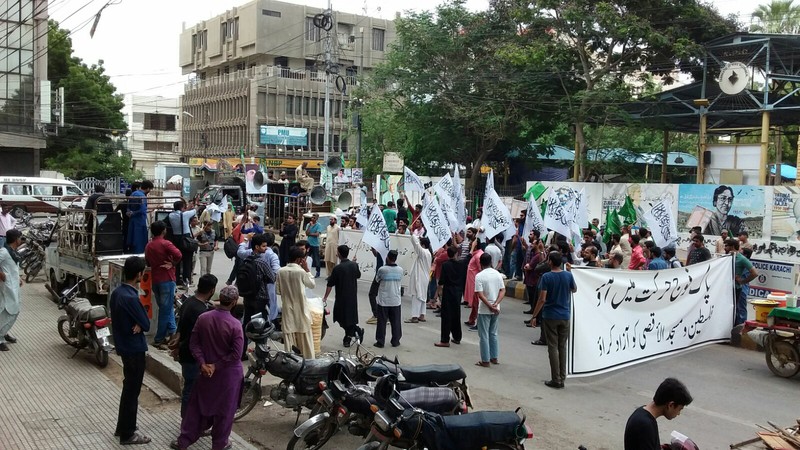