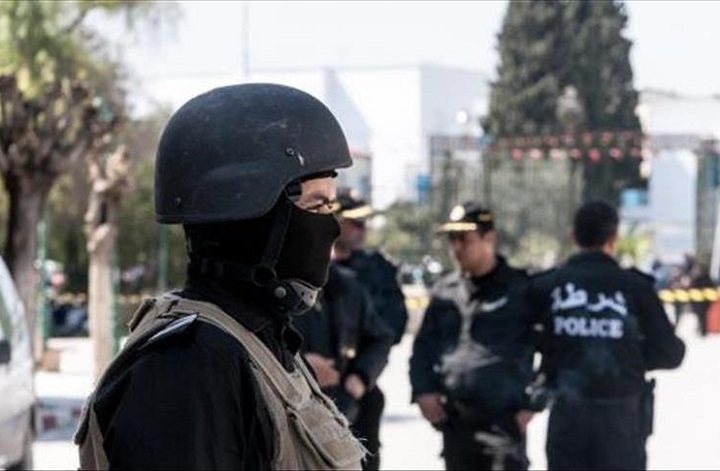 Hizb ut Tahrir / Wilayah Tunisia directed a reminder known as “Hamsa” to the Tunisian people under the title: “The slogan of the revolution was and still is, the people want to overthrow the regime.” It stressed that the regime against which the people revolted on December 17, 2010 was a secular regime affiliated with the west. It also clarified that when the people called for the overthrow of the regime, they definitely did not call for chaos, but rather wanted an alternative system that guarantees justice, rights and economic advancement. This can only happen with a system stemming from the belief of the people, i.e. with Islam and the rule of Islam under the shade of a righteous Khalifah (Caliphate) upon the method of the Prophethood. Hizb ut Tahrir called on the Tunisian people to walk with it on the path of submission to Allah, His Book, and the Sunnah of His Messenger, peace be upon him, to succeed in this world and the Hereafter.

The Shabab of Hizb ut Tahrir distributed the “Hamsa” on Thursday, December 16, 2021, during which Sami Badri, a member of Hizb ut Tahrir, was arrested in the city of Sidi Bouzid, the cradle of the revolution, by the National Guard, who remains under arrest, which confirms the falsehood of what President Kais Saied claims of loyalty to the revolution and its goals.

The main demand of the revolution was the overthrow of the regime, and the arrest of those who raise this main slogan and reminds the people of their demand for radical change on the basis of their Islamic faith, is a betrayal of the revolution and not a fulfilment of it.

The Shabab of Hizb ut Tahrir / Wilayah Tunisia had previously faced the Bourguiba and Ben Ali regimes, and neither arrests nor prisons have deterred them. Today, they are more determined and resolute to overthrow Western hegemony, its legislative system and local tools, and establish a rightly guided rule based on Islam, and the whips of criminals will not affect their resolve nor the imprisonment of the wrongdoers. Allah (swt) says:

“They wish to extinguish Allah’s light with their mouths, but Allah will only allow His light to be perfected, even to the dismay of the disbelievers” [TMQ At-Tawbah: 32].