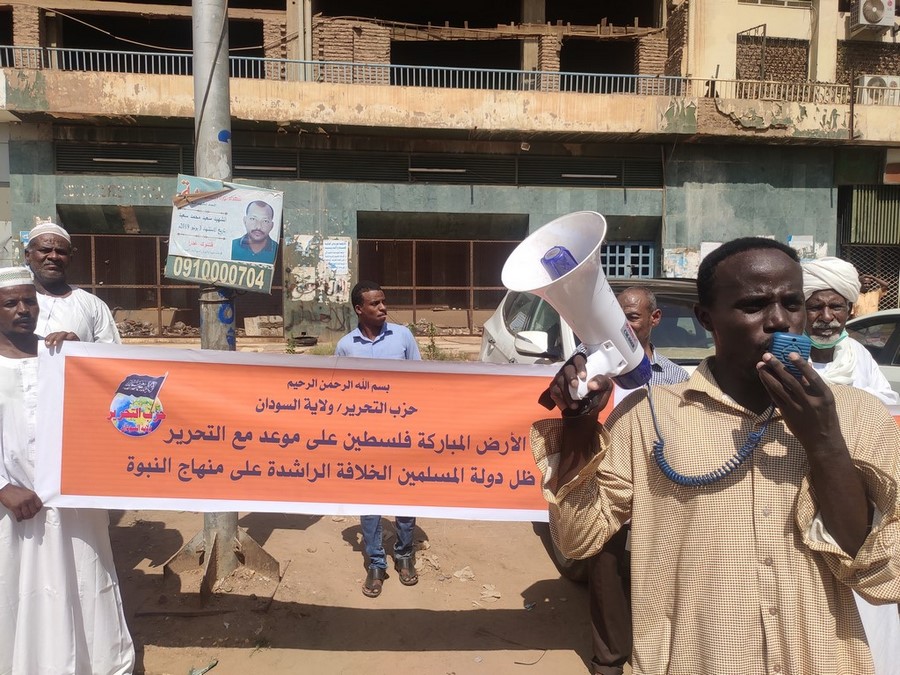 Hizb ut Tahrir / Wilayah of Sudan organized a picket today, Tuesday, 6 Muharram 1442 AH corresponding to 25/8/2020 CE in the heart of the capital Khartoum, meters away from the Republican Palace, to reject the visit by the US Secretary of State, Pompeo. The party’s members held placards with the following messages written on them:

Ustath Muhammad Jami’ (Abu Ayman), Assistant Spokesman of Hizb ut Tahrir / Wilayah of Sudan, gave a speech during the picket in which he clarified the purpose of the picket, and said that the rulers of Sudan or other Muslim rulers would not have dared to commit such treason and great crime against Islam if the Islamic state, the Khilafah Rashida (the rightly guided Caliphate) on the method of Prophethood, was present implementing Islam and establishing its rule. Abu Ayman clarified that with the loss of the Khilafah (Caliphate), the Ummah was controlled by rulers, agent to the colonizer who would submit to its conspiracies and implement its agenda; one of them is the normalization of relations with the usurping Jewish entity, despite the fact that the Jewish entity is still usurping the Masra land (location of Al-Isra), it is spreading corruption and corrupting. Abu Ayman urged the Ummah to take the Shariah position that rejects the crime and betrayal of normalization (with the Jewish state), and work to establish the Khilafah (Caliphate) that would end these crimes and stop these shameful attitudes.

People gathered around the picket, and passers-by interacted with their vehicles with takbeer and raising their hands in support.